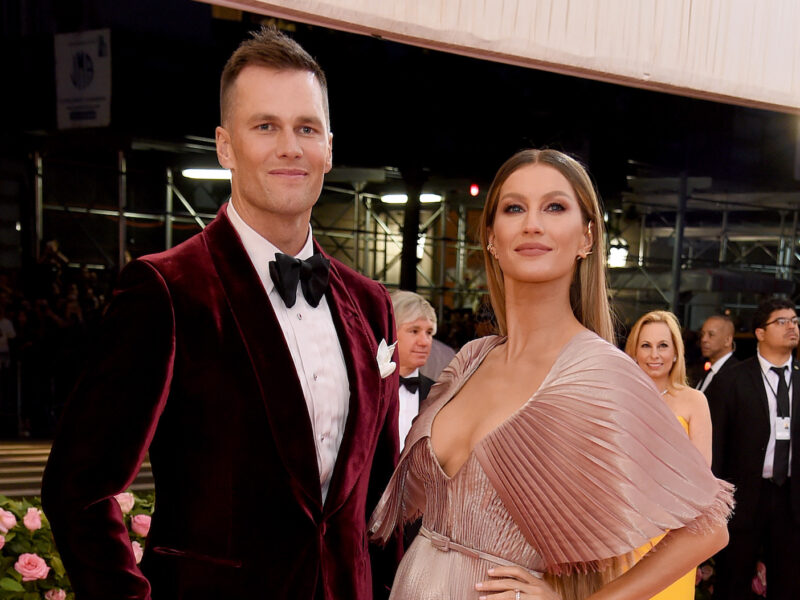 Is Gisele Bundchen asking for a new prenup with Tom Brady? One tabloid claims the supermodel wants to secure her share of Brady’s new $375 million deal if they part ways. Here’s what we know about the couple’s finances.

This week, Star reports Tom Brady has signed a $375 million deal with Fox Sports for after he retires, and Gisele Bundchen is seeing dollar signs. And now, sources say the supermodel’s friends are urging her to renegotiate her and Brady’s prenuptial agreement. “The current prenup is pretty ironclad and lists how everything will be divided should they break up, but it needs to be updated and it can be if both parties agree,” an insider dishes.

RELATED: Gisele Bündchen Opens Up About Rough Start To Modeling: “A Mocha Frap Every Morning And An Entire Bottle Of Wine Every Night”

Bundchen and Brady have made a lot of money together since tying the knot in 2009, but sources say Brady’s new deal is just too much cash for Bundchen to risk. “Gisele is rich in her own right,” the tipster confides. “But her friends are telling her she’d be nuts not to revise their prenup and she’s likely to listen to them.”

Are Tom Brady And Gisele Bundchen Renegotiating Their Prenup?

There isn’t a shred of evidence to support this story. While the outlet may boast testimonies from alleged insiders, we have a hard time believing any true friends of the couple would ever dish their personal information like this. And this subject matter truly is personal, and it likely is only ever discussed between Tom Brady, Gisele Bundchen, and their lawyers. So, no, we do not believe that the magazine has the kind of insight that it’s claiming to.

And as for Brady and Bundchen’s prenup, we have absolutely no idea if they’re thinking of renegotiating it. Maybe they have already re-written it ten times over given the years of her being worth far more than her husband, or maybe they haven’t even looked at it since signing it in 2009. We aren’t going to pretend to know—but that’s something that this rag has no issue doing. Still, this recent video of the couple certainly makes it seem like divorce is the farthest thing from their minds.

The Outlet On Gisele Bundchen And Tom Brady

We’ve learned not to trust anything Star says about Brady and Bundchen. Back in 2020, the outlet claimed the couple was “living separate lives.” Then the magazine claimed Bundchen was forcing a curfew on Brady. And more recently, the publication alleged Brady and Bundchen’s marriage was “in crisis.” Obviously, Star isn’t really an expert on the beloved couple’s marriage.