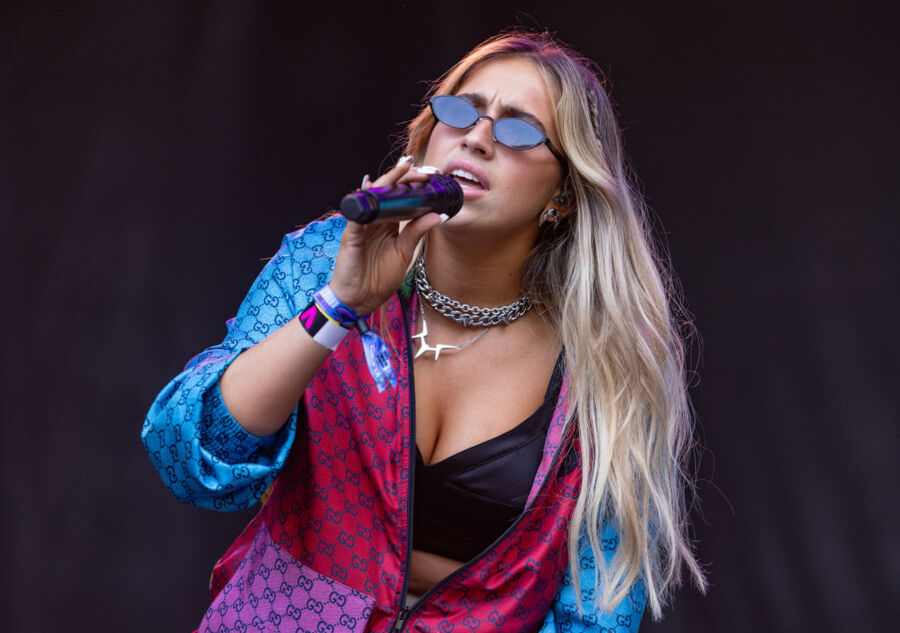 What is Tate McRae's Net Worth?

Tate McRae is a singer, songwriter, and dancer from Canada who has a net worth of $2 million. Tate McRae first gained recognition in 2016 as a contestant on the reality television competition show "So You Think You Can Dance." Later, after her original song "One Day" went viral, she signed with RCA Records and released her debut EP "All the Things I Never Said." McRae subsequently released the hit EP "Too Young to Be Sad" and her debut studio album "I Used to Think I Could Fly."

Tate McRae was born on July 1, 2003 in Calgary, Alberta, Canada to a German other and a Canadian father of Scottish ancestry. Due to her father's job, she moved with the family to Oman; there, she went to the American International School Muscat, while her mother gave dance lessons. McRae herself began taking recreational dance lessons at the age of six, and started to train more seriously at the age of eight when she returned to Canada. She first competed with Drewitz Dance Productions, and then did training with her mother's company YYC Dance Project. McRae also trained in ballet at the School of Alberta Ballet. As a teen, she went to Western Canada High School, from which she graduated in 2021.

From 2013 to 2015, McRae lent her voice to the animated children's television series "Lalaloopsy." In the former year, she also attracted national attention for taking home an award at the Dance Awards in New York City. Subsequently, McRae became a brand ambassador for the dance apparel company Capezio. In 2015, she won two medals at the Youth America Grand Prix, and received a two-week scholarship to the Berlin State Ballet. McRae also won another Dance Award.

McRae had her breakthrough in 2016 as a contestant on the 13th season of the reality television competition show "So You Think You Can Dance." Ultimately, she came in third, higher than any other Canadian in the history of the program. Following this, McRae graced the cover of Dance Spirit Magazine; performed in the Alberta Ballet Company's "Our Canada" production; and won her third Dance Award.

McRae's recording career can be traced back to the popularity of her YouTube channel, which she created in 2011. Some years later, she started a series on the channel called "Create with Tate," which includes her own original songs. The first song of the series McRae uploaded, entitled "One Day," went viral; accumulating more than 37 million views, the success caused her to self-release the track as a single. Following this, she drew the interest of multiple record labels, ultimately signing with RCA Records in 2019. Subsequently, McRae released her debut EP "All the Things I Never Said," which was supported by the lead single "Tear Myself Apart."

Following the success of "All the Things I Never Said," McRae released the hit single "You Broke Me First" in April of 2020. A couple months later, she released the single "Vicious," featuring Lil Mosey. Later in the year, McRae had another hit with the single "Lie to Me," a duet with singer-songwriter Ali Gatie; she also released "R U OK" from her upcoming EP. In early 2021, she released the singles "Rubberband" and "Slower." McRae's EP "Too Young to Be Sad" finally came out in March of that year; notably, it went on to become the most-streamed EP by a female artist on Spotify in 2021. That year, McRae also had a major hit with the song "You," recorded with Troye Sivan and DJ Regard.

In late 2021, McRae released "Feel Like Shit," the lead single from her upcoming debut studio album "I Used to Think I Could Fly." The track was a huge international hit, charting in such countries as Norway, Ireland, Canada, Sweden, and South Africa. Next, in February of 2022, McRae released the second single from her upcoming album, entitled "She's All I Wanna Be"; this was followed by the single "Chaotic" in March.

McRae has performed extensively in the media and at music festivals. She has performed on "The Ellen DeGeneres Show," "Jimmy Kimmel Live!," "The Tonight Show Starring Jimmy Fallon," and at the 2020 MTV Europe Music Awards. On the festival circuit, McRae has performed at Music Midtown, Lollapalooza, Firefly, Gov Ball, and the iHeartRadio Music Festival, among others. In her other media appearances, McRae has been featured on the covers of "Dork" and "Hunger" magazines.

Among the artists who have most influenced her musical style, McRae has listed Jessie Reyez, the Weeknd, Jeremy Zucker, and Post Malone. She has also named Jennifer Lopez, Ciara, Britney Spears, and Justin Timberlake as influences on her dancing. In regard to her songwriting, McRae has been inspired by Julia Michaels, Alec Benjamin, and Taylor Swift.