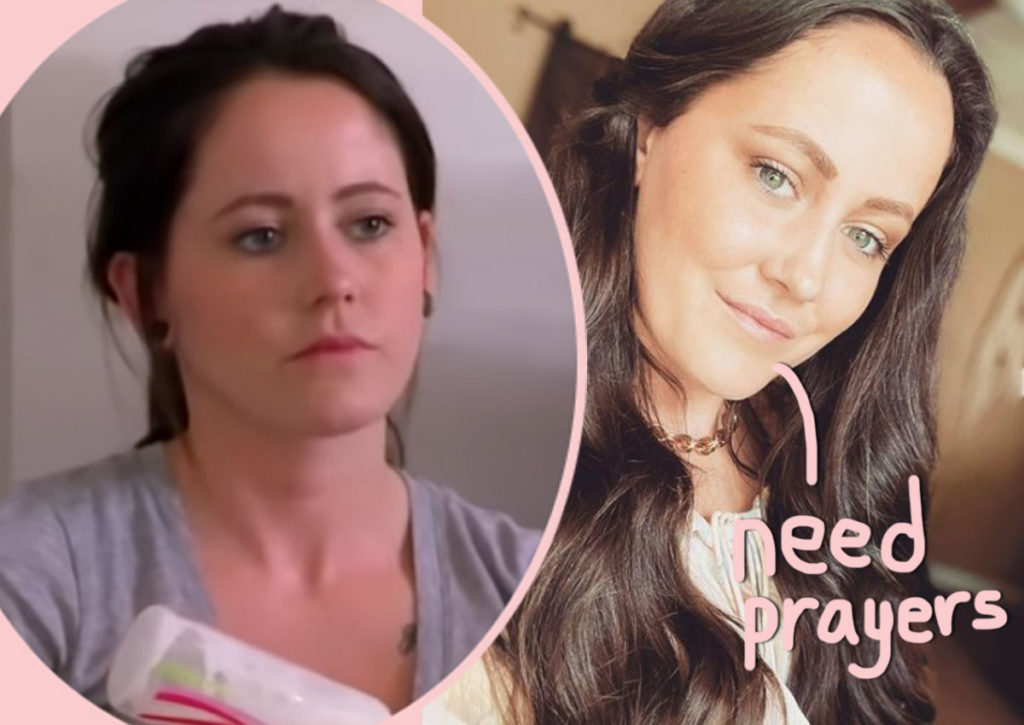 Our hearts are with Jenelle Evans as she continues to fight through some scary health battles.

In case you don’t know, the Teen Mom star has been updating her fans on social media about her recent health scare. Back in March she told in an emotional video on TikTok about how she was admitted to the hospital for “extreme chest pain” and “difficulty breathing”. During her stay, physicians revealed she had two of the antibodies related to Myasthenia Gravis — a chronic autoimmune disorder — show up on her blood test results. At the time she said on Instagram there was just “too much to type” and she would provide an update later. So scary!

Her medical complications are unfortunately not over, though, as on Thursday the MTV star took to her stories on the gram to give her followers another update. She captioned the boomerang video:

“In so much pain from these biopsies … I’ll share results as soon as I’m feeling well to talk about it.”

She spoke more about the biopsies on TikTok, telling just how painful they were for her to endure:

“Have you guys ever had a bronchoscopy? Where they stick the camera down your throat into your lungs and they take biopsies? Well, I had four biopsies done yesterday. So now I’m laying here in bed with my heating blanket that goes over my neck just trying to feel better because I’m super sore on the inside.”

The 30-year-old added more detail about the procedures themselves — and how she essentially had to go through FOUR of them back-to-back:

“Have you guys ever had biopsies of your lungs? Because this s**t sucks. I’m just sore. They took one in my voice box so that’s like four lung biopsies and that. And then they did a thing to my right lung called a lavage where they cleaned it out with saline water so, yeah. S**t’s crazy but I’ll get results later on this week and we’ll see what’s going on.”

And sadly, there were no concrete answers even after all those tests:

“I just had too much mucus built up in my system and we don’t know why.”

But thankfully Evans is having a more optimistic view now — on her stories Saturday she said they’re narrowing down what’s causing her so many complications:

“Connecting the dots with my health issues. One more blood test. Hopefully that’s it. Prayers please

We’re praying for you and wishing you the best, Jenelle! Hopefully she’ll get some answers and start on the road to better health very soon.