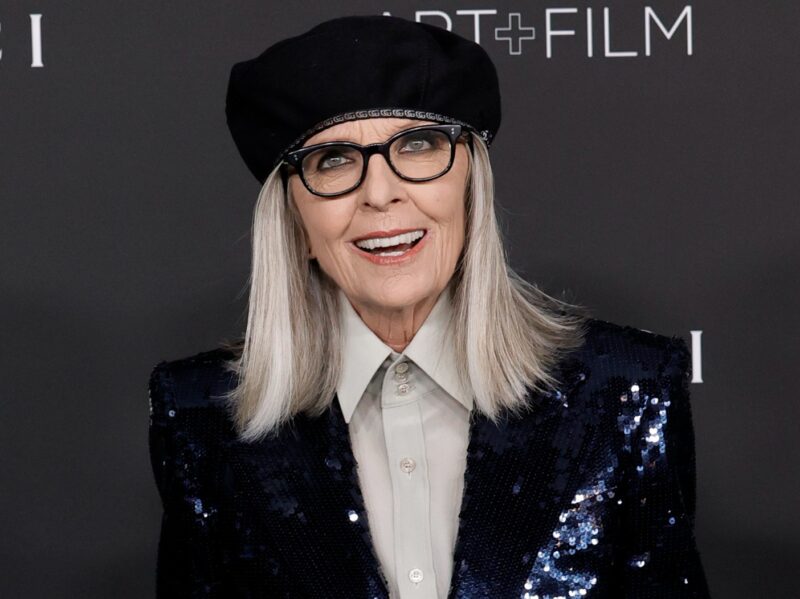 Keaton recently made an appearance in one of Justin Bieber’s music videos.

Diane Keaton is notoriously single. The Godfather star was recently gushing over several dramatically younger celebrities. Here’s what she had to say.

The list of Keaton’s exes is rather famous, but it stops in the mid-nineties. She dated Woody Allen, Warren Beatty, and Al Pacino, but by 2019 she had not been on a date in 35 years. She told People, “ I think I’m the only one in my generation and maybe before who has been a single woman all her life…I don’t think it would have been a good idea for me to have married, and I’m really glad I didn’t.”

A Fan Of Justin Bieber

While she’s proud of being single, Keaton isn’t blind. During an appearance on The Ellen DeGeneres Show, which is coming to an end later this month, Keaton discussed her recent cameo in a Justin Bieber music video. The Annie Hall star played Bieber’s grandmother in the video for “Ghost.” Keaton called it “one of the most pleasant experiences of my life.”

Her praise didn’t end there though. She said she had “so much fun” shooting with Bieber, labeling him “a great man…gorgeous and genius.” DeGeneres introduced Keaton and Bieber years earlier, so they were having fun reminiscing. For those wondering, Bieber is 28 while Keaton is 76.

During the interview, DeGeneres showed Keaton a clip of another handsome young man: Reese Witherspoon’s son Deacon Phillippe. At first, Keaton thought he was a Basketball Diaries-era Leonardo DiCaprio. When corrected, Keaton said: “Whoops, but look at him: That’s gorgeous.”

Keaton asked, “How old is he now?” DeGeneres comically responded “Too young for you.” Phillippe is 18, so there’s a 58-year age difference between him and Keaton. She coyly responded, “Maybe he’d like to know me.”

What Is Keaton Working On?

Even in her seventies, Keaton isn’t slowing down at all. She’s got numerous projects in the works. Artist in Residence reunites her with her Godfather 3 co-star Andy Garcia. August will see the release of Mack Rita, where a 30-year-old writer, Elizabeth Lail transforms into a 70-year-old Keaton overnight.

Per IMDB, Keaton’s got two more projects in the works: Family Jewels with fellow legends Bette Milder and Goldie Hawn, as well as The Making Of with Blake Lively and Lin Manuel-Miranda. For someone of any age, four different films at once would be an undertaking. Credit to Keaton for staying as lively as ever and remaining young at heart.