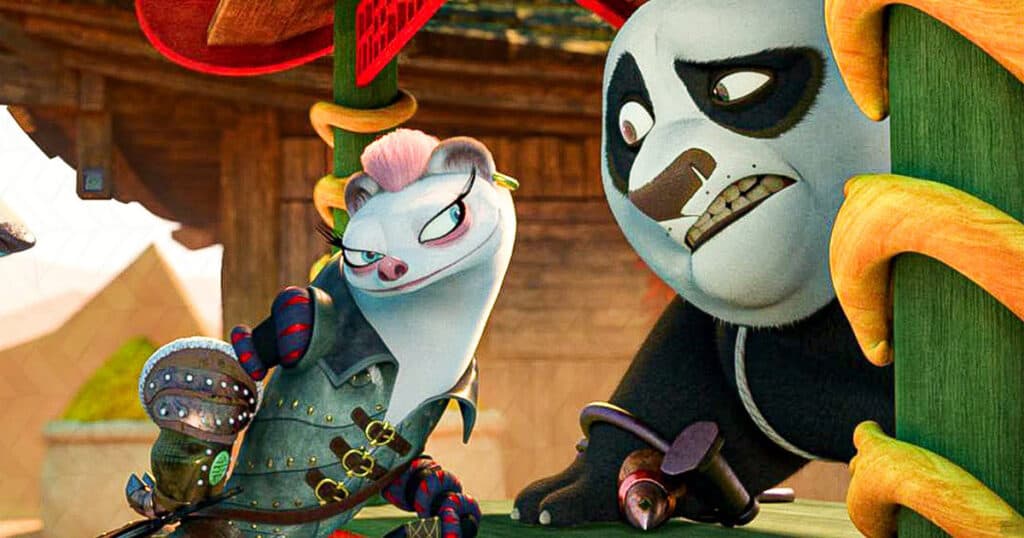 Get ready for adventure and a generous helping of Udon noodles, and kick some furry butt with Po for Netflix’s new Kung Fu Panda series, starring Jack Black as the voice of Po the panda. Black first voiced Po for the original Kung Fu Panda film in 2008, then reprised the role for Kung Fu Panda 2 in 2011 and Kung Fu Panda 3 in 2016. Kung Fu Panda: The Dragon Knight marks the first time Black has voiced the character for television.

When a mysterious pair of weasels set their sights on a collection of four powerful weapons, Po (Black) must leave his home to embark on a globe-trotting quest for redemption and justice that finds him partnered up with a no-nonsense English knight named Wandering Blade. Together, these two mismatched warriors set out on an epic adventure to find the magical weapons first and save the world from destruction — and they may even learn a thing or two from each other along the way.

While the series doesn’t look as polished as the Kung Fu Panda films, it expands Po’s influence beyond the Furious Five quintet of skilled warriors. Plus, the series brings Black back to an iconic role that helped make him a household name. With plenty of fancy fighting, lurking danger, and new villains to defeat, I think The Dragon Warrior looks like fun!

Kung Fu Panda: The Dragon Warrior kicks its way onto Netflix on July 14.