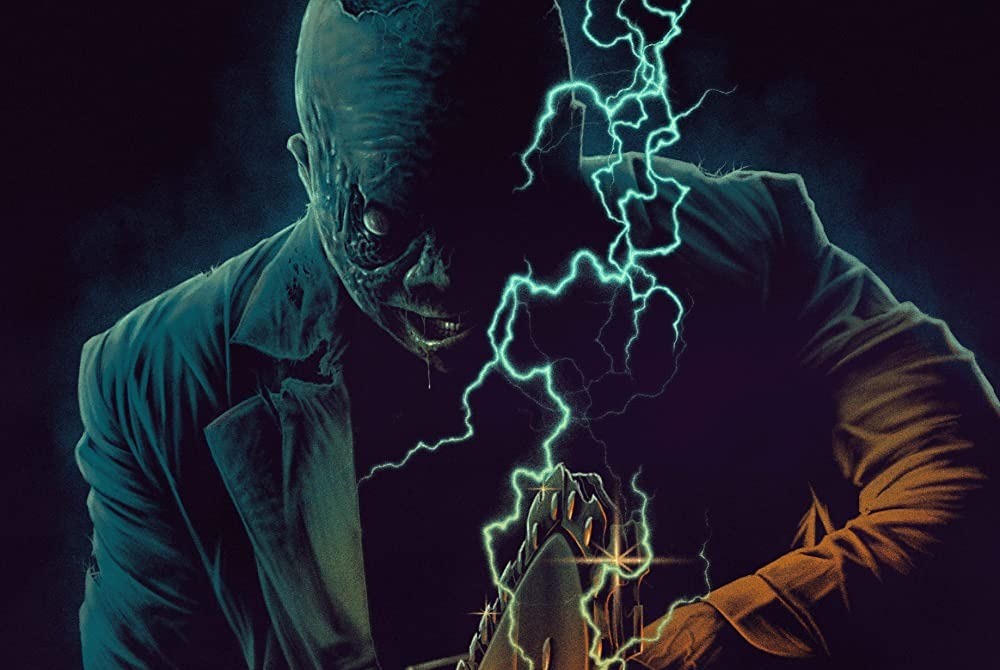 For horror fans, a title like  The Third Saturday in October  reads as a playful spin on popular slashers like  Friday the 13th . For college football fans, it’s a day on which the Alabama–Tennessee football rivalry game usually takes place, at least until 1992. Writer/Director  Jay Burleson  melds them together in a retro-styled slasher parody meant to be viewed after its follow-up,  The Third Saturday in October Part V (our review). While more effective in its pursuit of period recreation and dedication to the tropes, it’s not as lively or as breezy as its sequel predecessor.

It’s October 1979. Ricky Dean Logan ( Darius Willis ) and Vicki Newton ( K.J. Baker ) lean on each other for support as they attend the execution of Jakkariah Harding ( Antonio Woodruff ), the serial killer who’d claimed the lives of their children. After Harding’s gruesome death by electric chair, Ricky and Vicki attempt to move on with their lives. They don’t get very far; Harding’s escaped death and targets a college football gathering as his latest slay ground. Ricky and Vicki may be the only ones who can stop him.

While the filmmaker drew from multiple influences, it’s Halloween that largely shapes this film. Tongue-in-cheek humor remains the core intent in Burleson’s slasher, but it’s toned down in the attempts to emulate the first entry in a slasher franchise. Ricky is the Loomis to Harding’s Michael Myers. Harding’s escape from death and the authorities adhere to Myers’ steps in fleeing Smith’s Grove Sanitarium. Instead of babysitting duty, the virtuous Final Girl, Heather Hill ( Allison Shrum ), accepts a party invite to watch the Alabama college football event of the year. She might as well be a babysitter, though, as the newcomer and teetotaler of the group.

Recurring motifs between films get more pronounced here. Outside of the obvious and central football theme, the peculiar cat imagery and references previously introduced become much more prominent. Harding may be a stone-cold killer, but he might have a soft spot for kittens. In one early scene, the killer picks up a kitten by the scruff, cocks his head to the side like Myers, and boops it on the nose in subversion of expectations. It’s a silly riff on Myers’ handling of dogs. Expect more local commercials to pop up during the game, too, and an eclectic group of football fans invested in its outcome.

The commitment to the bit means that  The Third Saturday in October  takes itself a little more seriously, just a smidge, and the longer runtime is felt during the second act. If watched in the recommended viewing order, it can be difficult not to miss the much more energetic pacing of  Part V . It’s the Alabama setting and the quirks of its characters that adds a new flavor to a very familiar slasher. Otherwise, this entry doesn’t add much else to the conversation on the subgenre’s deconstruction.

The slasher homage series with regional specificity works best as a double feature, with the overlap between them and the respective period aesthetics creating a unique cinematic experiment. It’s impressive what Burleson’s achieved and recreated, likely with so little when viewed as two pieces of a whole.  The Third Saturday in October  may not be nearly as entertaining as  Part V , but it is a fascinating exercise in nostalgia.

The Third Saturday in October made its world premiere at the Chattanooga Film Festival.