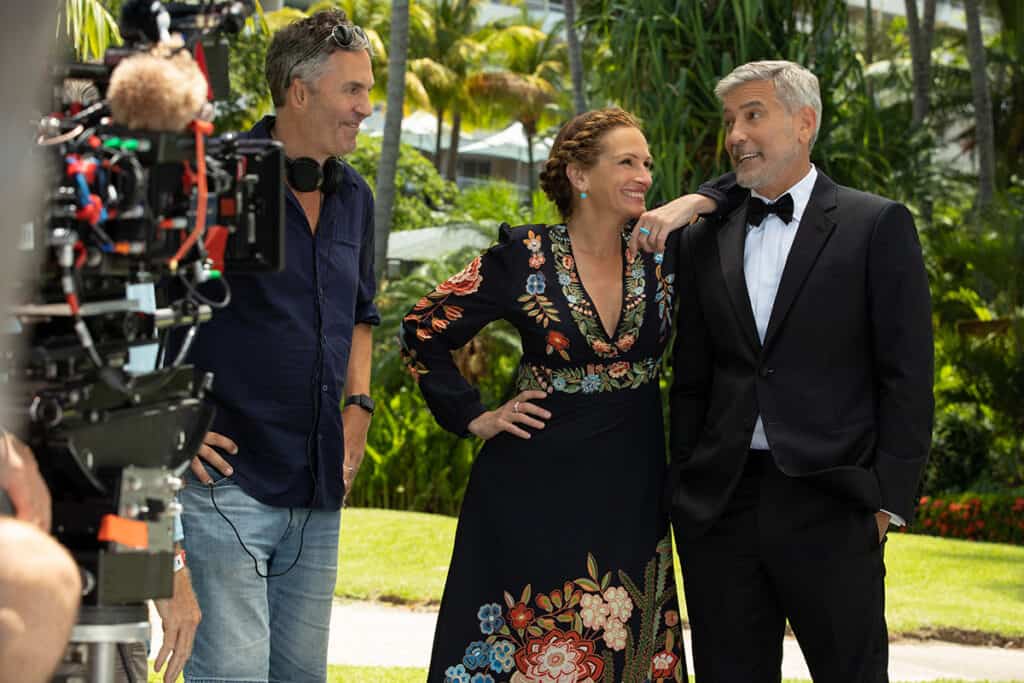 Cast your morals aside and order a potent cocktail because George Clooney and Julia Roberts are meddling in marital affairs in the Ticket to Paradise trailer. Ol Parker directs as Clooney and Roberts reunite on the big screen as exes who find themselves on a shared mission to stop their lovestruck daughter from making the same mistake they once did. How presumptuous!

Filmed on location in Queensland, Australia, the Ticket to Paradise trailer also features Kaitlyn Dever (Booksmart,  Dopesick) as the couple’s daughter, Lily. Meanwhile, Maxime Bouttier (Meet Me After Sunset, Serendipity) plays Lily’s fiance. The romantic comedy pairs two of Hollywood’s greatest actors for a laugh-out-loud island getaway that has them trading verbal snipes with one another for most of the film. How long will it take for them to realize that interfering with their daughter’s marriage is a grave mistake and that old flames can often burn again, given the right circumstances?

Directed by Ol Parker (Mamma Mia! Here We Go Again, writer of the Best Exotic Marigold Hotel films) from his script with Daniel Pipski, Ticket to Paradise is produced by Tim Bevan (Darkest Hour, The Danish Girl) and Eric Fellner (The Theory of Everything, Les Misérables) for Working Title, by Sarah Harvey (The Best Exotic Marigold Hotel, co-producer In Bruges), by Deborah Balderstone (Palm Beach, Gone), by George Clooney and Oscar winner Grant Heslov (Argo, The Midnight Sky ) for Smokehouse Pictures and by Julia Roberts and Lisa Roberts Gillan and Marisa Yeres Gill (both co-executive producers, the Homecoming series) for Red Om Films.

How would you react if your parents started meddling in your nuptials? Are you looking forward to seeing Clooney and Roberts together again on the silver screen? What do you think of the Ticket to Paradise trailer? Let us know in the comments section below.

Ticket to Paradise opens in theaters on October 21, 2022.