Todd Chrisley and his wife, Julie Chrisley, are going to be spending years in prison.

The stars of USA Network‘s hit reality TV series Chrisley Knows Best were ordered to serve a combined total of 19 years in prison on Monday as part of their ongoing bank fraud and tax evasion case. The shocking verdict was handed down early Monday in a Georgia courtroom.

Related: Todd Says He Was A ‘Slave’ To Making Money Before Tax Evasion Scandal!!

According to media reports from Atlanta, Todd was ordered by a judge to serve 12 years in prison. (That’s the same sentence Josh Duggar got for child pornography charges!) His wife was sentenced to serve seven years. Both spouses are also set to go through 16 months of probation following their incarcerations. Woof!

The couple’s accountant, Peter Tarantino, was also sentenced on Monday to three years in prison. He had been found guilty of filing two false corporate tax returns on behalf of the couple’s company. Per Insider, Tarantino will begin serving his time next May after he recovers from a pre-scheduled hip surgery. It is unclear when the Chrisleys will begin their sentences.

And prison isn’t the only issue for the Chrisley fam this week! According to Deadline, the long-running Chrisley Knows Best has now officially been canceled. The show followed Todd, Julie, and their family for nine seasons. It had been renewed for a tenth season prior to the couple’s convictions. Per the outlet, USA Network will still air “a handful of episodes” that were “filmed before the trial” took place this summer. Beyond that though, it’s over. 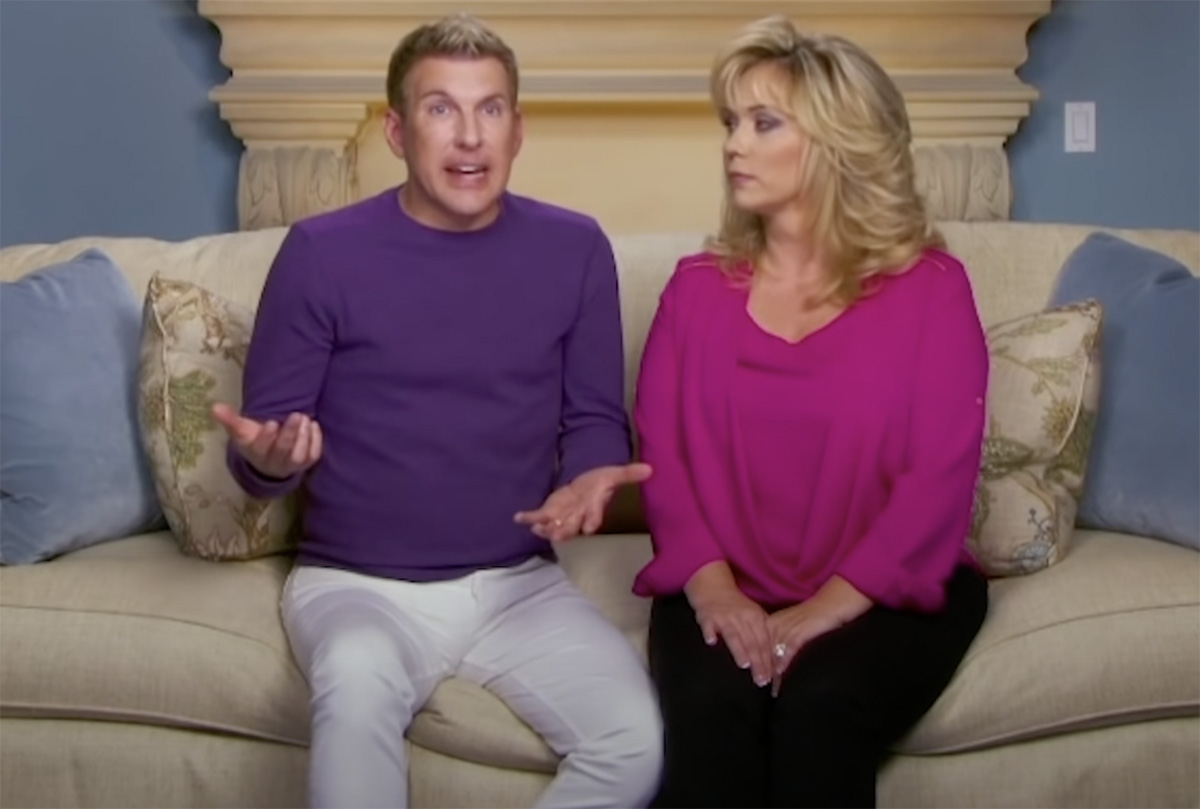 Todd and Julie are facing the consequences after their conviction earlier this year. / (c) USA Network/YouTube

The fam’s spin-off series, Growing Up Chrisley, has also been nixed. That show followed Todd and Julie’s kids Chase and Savannah in the trials of their young adult lives away from their famous parents. It had run for three seasons on USA before moving to E! for its fourth season. But Deadline reports it, too, was officially canceled on Monday after the sentencing.

Todd had another show in development called Love Limo, as well. That romantic reality TV series had previously been ordered by E! this year, and was set to feature Todd as the host. But now, per Deadline, consider it axed too!

Sadly, neither the sentencing nor the cancellations are the most depressing news for this family rn. As we reported on Monday, 16-year-old Grayson Chrisley was rushed to the hospital last weekend after a serious car accident. We continue to send him and the family our best wishes in that situation. Such a scary ordeal to go through.

What do U make of these prison sentences tho, Perezcious readers?! Were you expecting these terms? Or more? Or less? Share your take on Todd and Julie down in the comments (below)…