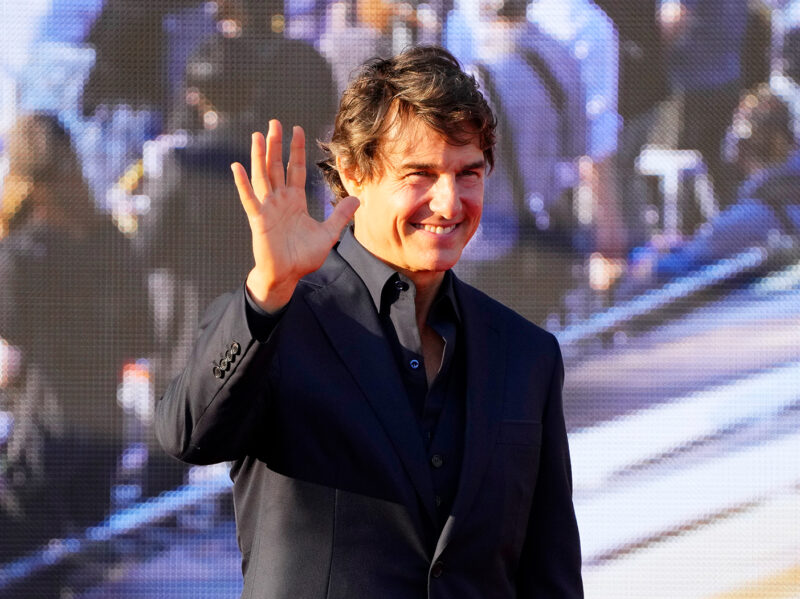 Is Tom Cruise working to untangle himself from Scientology in order to have a relationship with his daughter, Suri? One tabloid claims Cruise is planning to reunite with his daughter after spending the last 10 years apart. Let’s check in on the controversial actor.

This week, New Idea reports Tom Cruise wants to reunite with Suri. Cruise hasn’t been photographed with his daughter since divorcing Katie Holmes in 2012. Most fans have concluded that Cruise’s faith in the controversial Church of Scientology has stopped him from having a relationship with his teenage daughter. But, according to the tabloid, the actor is “seriously considering” turning his back on the church and reuniting with Suri. “Church beliefs dictate that those who defect should be cut, and so Tom and Suri have rarely seen each other since,” an insider explains.

But as Cruise nears his 60th birthday, he’s “realized he’s going to regret it big time if he doesn’t mend fences with Suri,” the tipster reveals. Sources say Holmes won’t let Cruise anywhere near Suri unless he leaves Scientology behind. “If Tom does in fact leave Scientology, it would be a major blow to the church given he’s their number-one ticket holder. But it would be a boon to his personal and professional life,” the snitch whispers.

“Not only would it open the door for him to reunite with Suri, but it would also be a huge relief to studio bosses who still love him as a bankable star but always fear his religion puts people off. Even at his age, he’s still a bonafide action hero, and he’s relevant enough to be invited to hobnob with royals. Quitting Scientology could actually be the best thing Tom’s ever done.”

Let’s really break down all the claims that the tabloid made in this story. The first and most overarching claim is that Cruise wants to reunite with Suri because he’s almost 60. But then the article splits off, giving two separate reasons that Cruise would have to leave Scientology. Firstly, the outlet acknowledges that Scientology forbids Cruise from having any public relationship with those who leave the church. But the source adds that Holmes is the one demanding Cruise to leave. And last but not least, the outlet suggests that Cruise also wants to leave Scientology because it would boost his career.

If Cruise really did want to have a public relationship with Suri, it would likely require him to leave the church since Holmes has never been the one standing in the way of their reunion. According to Holmes and Cruise’s custody agreement, Cruise is legally able to see his daughter virtually whenever he likes. The point is that he chooses not to, presumably because of his ties to Scientology.

And finally, Cruise isn’t leaving the religion to help his career. While his association with Scientology is undoubtedly the most controversial thing about him, it certainly hasn’t stopped him from landing stellar roles. He’s still the face of franchises like Top Gun and Mission: Impossible, the former of which just set box office records after its Memorial Day weekend release. If he does want to leave Scientology, we doubt it will be because he’s struggling to get work.

At the end of the day, it just doesn’t seem like Cruise is going to leave the church. He is still one of the most high-profile members of the religion, and even though he doesn’t speak about it publicly as much these days, he also hasn’t denounced it in any way. And considering his two adult children, Connor and Ella, are still dedicated members of the church, we doubt he’d risk his relationship with them by leaving.

We know better than to trust anything New Idea says about Tom Cruise. Last year, the magazine reported Cruise was planning to propose to his Mission: Impossible co-star Hayley Atwell. Then the tabloid claimed Cruise wanted to buy Suri a $90K birthday present but was shot down by Holmes. And most recently, the publication alleged Cruise was reuniting with Suri after spending the last ten years apart. Obviously, New Idea doesn’t really have the inside scoop on Cruise’s personal life.