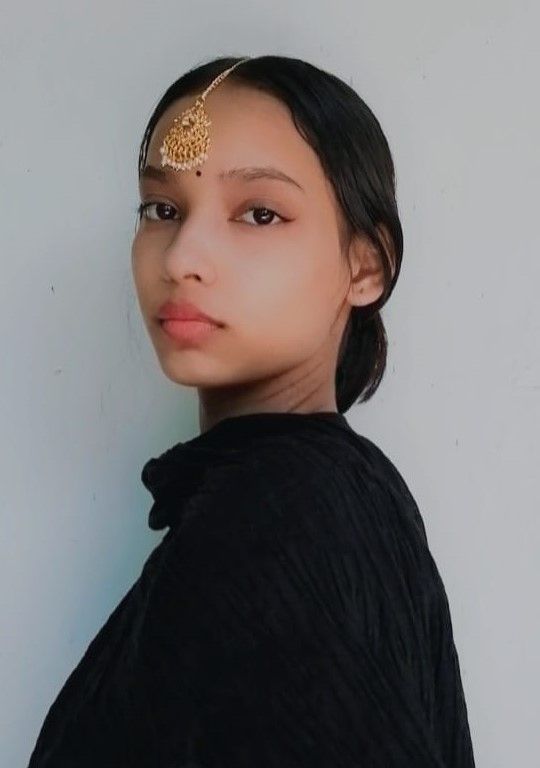 One of Hollywood's most iconic and celebrated action heroes, Sylvester Stallone is set to make his scripted television debut with the mob crime drama series Tulsa King . The series revolves around Dwight "The General" Manfredi, a mafia boss from New York who recently served a 25-year prison term. The story sets in as our Italian mobster faces the startling task of reestablishing his Italian mafia family in Tulsa, Oklahoma, and seeks a new crew to help build his empire. The series showrunner and writer is the Emmy-winning writer Terence Winter, known for The Sopranos .

Tulsa King's creator Taylor Sheridan is known for the neo-Western drama television series Yellowstone and has several other projects in the works with Paramount. The first season of Tulsa King will have 10 episodes, and the trailer already provided viewers with a taste of the excitement they can expect. As a Paramount Plus original series, Tulsa King is scheduled to debut on November 13, 2022, exclusively on Paramount Plus. The first two episodes of Tulsa King will be given exclusive linear television airings on November 13 and 20 on Paramount Network immediately after airing that week's episode of Yellowstone Season 5.

After the release of the trailer, the series' stellar cast is responsible for a significant portion of the excitement and expectation around it. Tulsa King is a mob drama that casts both veteran and new performers in significant roles. The trailer of Tulsa King showcased the mob family key to the criminal operations taking place in Tulsa. Fans witnessed a range of strong male and female characters in conflict and standing up for each other. Here is the full list of actors playing significant roles in Tulsa King.

The legendary "Rocky" is finally able to realize his lifelong ambition by taking the lead role in Taylor Sheridan's drama Tulsa King as a mobster. In the series, Sylvester Stallone will play Dwight Manfredi, commonly known as The General, a mob boss. He is an expert mobster and is now tasked to assemble a fresh crew of criminals in Tulsa, Oklahoma after being released from a 25-year prison stint. Stallone's many credits include the Rocky franchise, the Rambo franchise, Tango Cash , Cliffhanger , Guardians of the Galaxy Vol. 2 , and the recent superhero/action movie Samaritan . The actor nicknamed "Sly" due to his recognizable smile has played a variety of characters over his illustrious theatrical career, from a boxer with a pure heart to a Green Beret who tears out the hearts of bad guys when he gets irate. The tone of the show and Stallone's character have absorbed some of his occasionally dark sense of humor. Seeing the action hero in this criminal character will be thrilling.

Andrea Savage who is most known for her comedic work on truTV's I'm Sorry will play Stacy Beale in Tulsa King, a departure from her regular roles. She is paired with Sylvester Stallone, who plays "The General," to contrast his transgressions. Beale will be seen as an ATF agent who has relocated from the busy New York Bureau with its Anti-Terror Squad and O.C. Task Force to an outpost in Oklahoma that deals with regional militia organizations. Beale switches from the New York anti-terror team to the Oklahoma bureau that targets local militia groups to fight The General, allowing viewers to witness their rivalry. Fans are watching Andrea for her performance as she makes the dramatic leap from comedy-drama to mob drama. Step Brothers , Dog Bites Man , the HBO comedy Veep , and Hulu's reality TV parody series The Hotwives are some of Andrea's other works.

Taylor Sheridan stated that he wanted a stellar ensemble for his upcoming Paramount Plus series, and he has successfully assembled one. In May 2022, Garret Hedlund signed on to play Mitch Keller in the Tulsa King series. Hedlund made his acting debut in the war drama, Troy , playing Patroclus, the younger cousin of Achilles, played by Brad Pitt. He then went on to star in successful movies like Mudbound and Triple Frontier on Netflix, as well as Tron: Legacy , Four Brothers , Inside Llewyn Davis , and Country Strong . After appearing in the 2017 HBO series Mosaic , which starred Sharon Stone, Tulsa King will be his second regular TV role. Hedlund will portray Mitch Keller, a regular character on the show who is from Oklahoma and was a bull rider before quitting due to addiction brought on by injuries. The initial impression of his character seems interesting, but fans will soon find out if he manages to please the audience with his role.

Domenick Lombardozzi is best known for portraying Herc in The Wire and is also known for his roles in A Bronx Tale , Entourage , and The Irishman . He also appeared in Judd Apatow's The King of Staten Island and had recurring parts in the television series Ray Donovan , The Deuce , and Mrs. Fletcher . He also made a special appearance on Sheridan's Yellowstone. In Tulsa King, Lombardozzi is portraying Don Charles Invernizzi, also known as Chickie. Chickie is the Invernizzi crime family's de facto leader. Lombardozzi has plenty of experience playing serious characters because of his work on several TV series. However, Fans can expect to see him in a posh, stylish avatar given his status as a crime leader in the series. His other upcoming films include Fresh Kills , which marks the directorial debut of Jennifer Esposito, and Reptile , which also marks the directorial debut of Grant Singer.

Vincent Piazza's part in Tulsa King comes as no surprise given his reputation for playing criminals Lucky Luciano on the highly regarded television series Boardwalk Empire and Tommy DeVito in Clint Eastwood's Jersey Boys . He will assume the role of Vince Antonacci, the henchman of the head of the Invernizzi crime family, Chickie. As a critically acclaimed actor known for starring in crime dramas, the expectations from Piazza are high. He most recently appeared as the lead in the suspenseful film Centigrade . Along with appearing in The Passage , The Sopranos , and Rescue Me , Piazza also had noteworthy recurrent parts in Rocket Science , The Intervention , and The Wannabe . The audience is rooting for Piazza to list his role as Vince Antonacci in Tulsa King among his greatest accomplishments.

The Veteran Actor A.C. Peterson known for portraying the "good guy" roles in feature films is set to play a criminal in Tulsa King. Known for his roles as Freeman Franks in Narc , Saddle Rock Sheriff in Shanghai Noon , Officer Stanley Timmons in Shooter , and Dark Agent in Agent Cody Banks , Peterson will now play the ailing former head of the Invernizzi criminal family. He will play father to Domenick Lombardozzi, playing the now de facto leader of the family, Don Charles Invernizzi. Fans are thrilled to see Peterson as the elderly, sage criminal mind behind the Invernizzi family's misdeeds; he is also referred to in the series as "The Rock." Peterson's past TV credits include the superhero drama series Superman Lois , the sitcom Schitt’s Creek , the sci-fi drama The X-Files , and the historical drama Frontier .

Jay Will as Tyson

Jay Will will play Tyson, a quick-witted and astute cab driver. Will, a 2021 Julliard alumnus, made a guest appearance on the Paramount+ series Evil this year, among other opportunities. He recently received the lead role alongside Chris Abbott in director Josh Mond's feature film It Doesn't Matter . He presently appears in the acclaimed, Emmy-winning series The Marvelous Mrs. Maisel by Amy Sherman-Palladino and Dan Palladino. Will portrays a young man who pretends to be tougher than he really is and yearns for a life away from his hometown. It would be interesting to see where his desires lead him and what roads he takes next in Tulsa King. Taylor Sheridan struck gold by casting Will, a young and skilled actor, in the series to give it a youthful charm in addition to the older players.

Max Casella first gained widespread public recognition as Vinnie Delpino on the popular television show Doogie Howser, M.D . He made his Broadway debut in the Tony Award-winning musical The Lion King , for which he was nominated for a Drama Desk Award and the Theater World Award for Outstanding Broadway Debut. The criminals in Tulsa King's cast gain additional charm thanks to Max Casella. Being a well-known performer in both television and film, Casella is assigned the major part of Armand Truisi in the series. He'll take on the role of a cunning criminal who works for the Invernizzi family. Recent releases from Casella include the George Clooney-directed The Tender Bar , the action-thriller The Rhythm Section , which is based on a novel, the critically acclaimed drama Paper Spiders , and the comedy-drama Scenes from an Empty Church . However, he is best remembered for his appearances on in a similar crime drama genre television series, The Sopranos .

Martin Starr is a well-known actor who has already received more than 100 acting credits in his career of 20 years. Over the years, he has made appearances in a wide range of TV series, most of which are comedies. With his part as Bodhi in the upcoming television series Tulsa King, Martin Starr will now venture into the crime drama subgenre. Fans can anticipate that he will add a little humorous relief to the series given his acting style. Bodhi is the High Plan Marijuana Dispensary's contented owner. In addition, Starr appeared in a number of popular television shows and motion pictures, including Freaks and Geeks , Veronica Mars , Honey Boy , the MCU Spider-Man films, and Under the Silver Lake . Bodhi is anticipated to be a member of The General's crew, which he will assemble in Tulsa from a variety of unusual personalities.

Actors of ability and excellence abound in Tulsa King. Dana Delany an actress who has won two Emmy Awards, also has a major part to play in the show. Delany plays the part of Margaret, a wealthy and powerful equestrian who owns a sizable horse farm and wildlife sanctuary. One of Delany's most well-known roles is Colleen McMurphy, an army nurse on China Beach , for which she was nominated for four Best Dramatic Actress Emmys and won two. Delany was nominated for an Emmy for her appearance in the CBS drama Family Law as a guest star. Delany excels at doing her roles flawlessly each time. Fans are eager to see how she performs as Margaret, a challenging role for her.