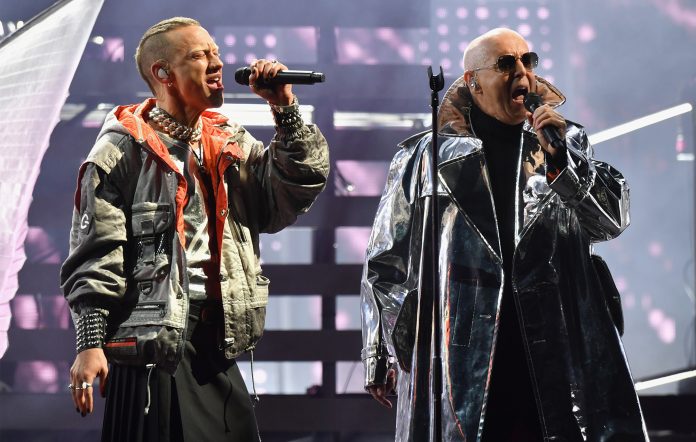 The singer and actor joined the iconic band to perform their hit ‘It’s A Sin’, after covering it as Years Years and starring in the Channel 4 smash hit programme by the same name.

While Alexander took to the same stage earlier in the afternoon and performed a cover of the song on his own, he teamed up with the song’s writers for their packed-out headline slot on the Other Stage.

What a moment 🧡@alexander_olly joined @petshopboys for this spectacular performance of Dreamland on the Other Stage.

During his own set, Alexander thanked the crowd for welcoming him with such open arms, saying: “I don’t want this to end, ever, I’m going to remember this for the rest of my life.”

Elsewhere at Glastonbury 2022, many artists have used their time on stage to speak out against the overturning of Roe v. Wade in the US.

Jarvis Cocker and his band changed the lyrics of ‘Cunts Are Still Running the World’, dedicating it to “a certain judgement [that] has been made, mainly by men, telling women what they can and can’t do with their bodies”, nodding to the Supreme Court.

Festival headliner Kendrick Lamar closed his set with a chant wishing “godspeed for women’s rights”, adding it to the end of ‘Mr. Morale and The Big Steppers’.