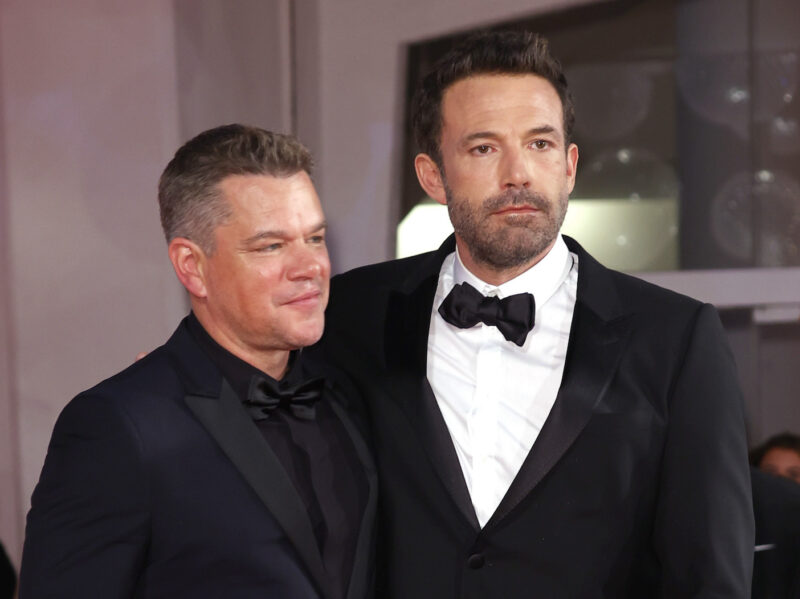 Ben Affleck apparently went with another choice for his best man.

Has Ben Affleck rebuked Matt Damon? One report says Affleck has chosen someone else to be his best man for his wedding to Jennifer Lopez. Here’s what we know.

According to the National Enquirer, Affleck is finalizing his wedding details and had to make a difficult decision. He’s apparently elected not to have Damon as his best man. A source says Damon was invited as a guest, but not one of honor. “Ben’s brother, Casey, will serve as best man,” a source says. Lopez and Affleck’s children will all reportedly have roles in the wedding as well.

Affleck and Lopez have no interest in capitalizing on the wedding, the insider says, so they’re trying to have as much privacy as possible. “The staff will all have to sign an ironclad confidentiality agreement… and the actual venue of the wedding will not be revealed to guests, including Matt Damon, until just a few days before the event.”

The wedding will supposedly be bereft of famous faces. The snitch says, “Matt has known Ben since they were teenagers. That’s the only reason he’s being invited. But the guest list is not designed to be a who’s who of Hollywood.”

This story begs the question: Why should we care about any of this? It’s like half of a story. Nowhere does it say Damon particularly minds not being the best man, so why should we care? It’s pretty normal to choose a sibling as maid of honor or best man, so this is a non-issue.

There’s no reason we should trust the Enquirer on this one. Lopez and Affleck are deliberately keeping their mouths shut to keep press attention to an absolute minimum. The story itself admits this, so why should we trust these so-called sources?

Both Damon and Affleck have been married before, and we have no idea who stood at the altar for their respective nuptials. If it’s hard to know what actually happened, how can anyone begin to predict the future? We doubt we’ll know a detail as intimate as this anyway, so this story should just be ignored.

A few weeks ago, this outlet claimed Affleck and Lopez were about to break up over the stress of mansion shopping. This goes completely unmentioned here, probably because it was totally false. In April, Lopez was apparently having a baby, but not a peep has been uttered about it since. These Affleck insiders obviously know nothing at all.

Ben is close to both Casey and Damon. Either would be a fine choice to be the best man, but it’s pretty hard to believe the Enquirer could have a scoop like this when wedding details are non-existent.