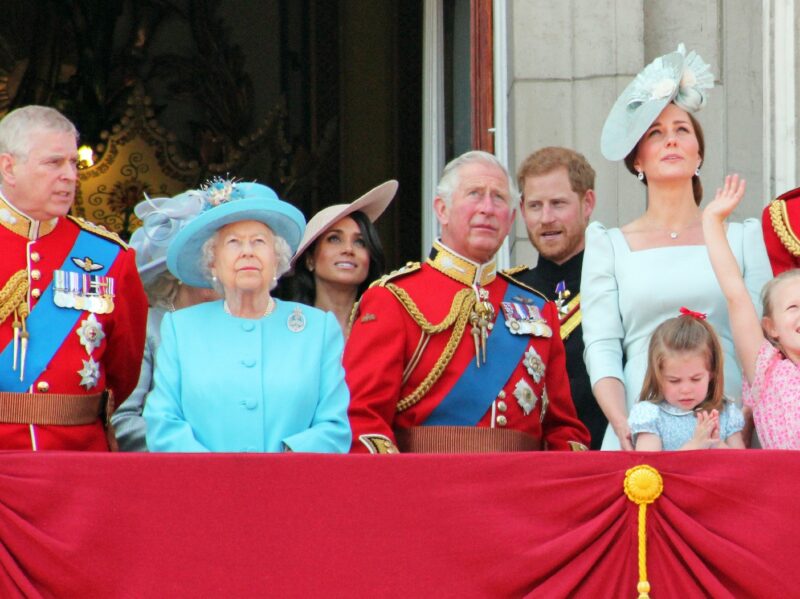 What Is The British Royal Family’s Last Name? The Surprisingly Controversial History

Here’s why the answer varies between members.

For centuries, the British royal family didn’t have a last name. Even today, their last name is something of a mystery to most. Since 1917, the official surname of the royal family was Windsor, but that changed after Queen Elizabeth married her late husband Prince Philip.

Since 1917, the British royal family has used Windsor as their last name, but that’s not the only surname used by the family. Queen Elizabeth married her late husband Prince Philip in 1947, and later confirmed upon her ascension to the throne in 1952 that she would be following the declaration set by King George V at the 1917 meeting of the Privy Council that “all descendants in the male line of Queen Victoria, who are subjects of these realms, other than female descendants who marry or who have married, shall bear the name of Windsor.”

Thus, it was determined that the couple’s four children, Princes Charles, Andrew, Edward, and Princess Anne, would bear the name “Windsor.” Prince Philip was infamously unhappy with the decision, reportedly declaring that he was “nothing but a bloody amoeba” and was “the only man in the country not allowed to give his name to his own children.”

Although he was born Prince Philip of Greece and Denmark, his family was exiled from Greece when he was only a baby. Upon marrying Queen Elizabeth, Philip had to abandon his foreign titles, become a British citizen, and choose a new surname. He picked Mountbatten, which was his maternal grandparents’ last name. Despite all he’d given up, he still wouldn’t be allowed the privilege of giving his children his last name.

The queen was in a tough situation, to be fair. She was facing pressure from both the Queen Mother and Prime Minister Winston Churchill to keep the household name Windsor. In 1960, however, Queen Elizabeth and Philip came to the decision that their direct descendants would be distinguished from the rest of the royal family without changing the royal house name.

Therefore, it was declared in the Privy Council of 1960 that descendants of the queen, other than those with the style of Royal Highness and the title of Prince or Princess, would bear the name Mountbatten-Windsor. Female descendants who marry are also exempted from the decree. Many of Queen Elizabeth and Prince Charles’ grandchildren and great-grandchildren bear that modernized, hyphenated name.

This long list includes Lady Louise and James Mountbatten-Windsor, Prince Edward’s two children. Both of Prince Andrew’s daughters, Princesses Beatrice and Eugenie, were exempt from the name and have since married, which is also the case for Princess Anne’s children. Prince Harry is the latest royal whose children bear the unique surname. Archie and Lilibet Diana Mountbatten-Windsor are the newest additions to the exclusive lineage.