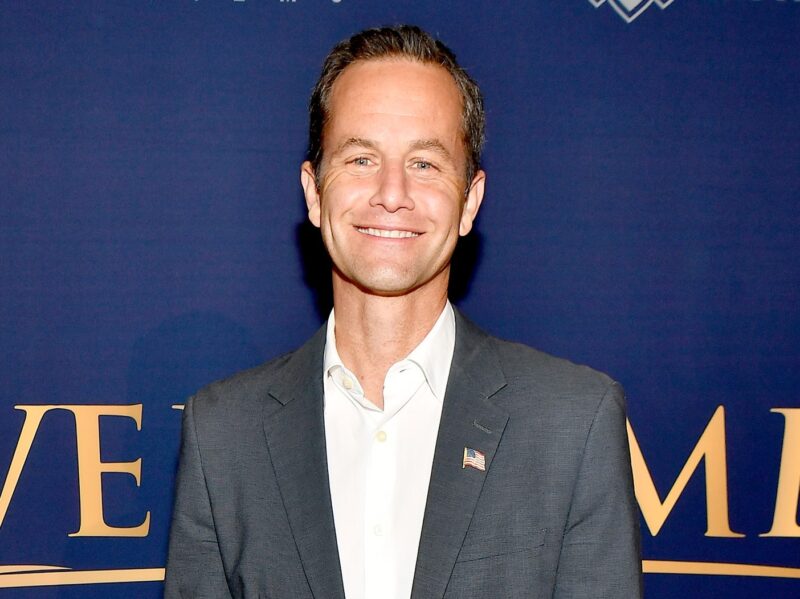 Cameron and his wife homeschool all six of their children.

Public schools have become a hot topic over the last few years, and actor Kirk Cameron is the latest big name to add his two cents. Cameron has been making headlines with his new documentary The Homeschool Awakening.

Cameron appears in the movie alongside seventeen homeschooling families who address the misconceptions and rumors about what it’s like to homeschool your kids. The actor has come under fire for his politically-charged comments about why he thinks families should homeschool.

“The problem is that systems have become so bad,” he told Fox News . “It’s sad to say they’re doing more for grooming, for sexual chaos and the progressive left than any real educating about the things that most of us want to teach our kids.”

The actor is referring to topics like critical race theory, gender theory, and the 1619 Project—all of which are being debated in various public school systems. Cameron claimed these subjects are “destroying the family, destroying the church, destroying love for our great country.”

His Personal Experience With Homeschooling

Cameron and his wife, Chelsea, homeschool their six children and said that keeping them out of public school has improved their socialization skills and allowed them to meet and interact with people of all different ages.

“Homeschool was not on our radar screen because we had these misconceptions and stereotypes like so many people do,” Cameron explained. “Like, you know, that’s for like Quakers and the Amish, and how could you possibly teach your kids enough so that they get into college? What about socialization?”

While Cameron claims homeschooling has improved his children’s socialization skills, psychological studies have not been able to reach any conclusion about how homeschooling can affect children.

Social media users were quick to slam Cameron’s thoughts on public school. “I do understand why Kirk Cameron is against public education, educated people would NEVER willingly watch one of his movies,” one person tweeted.

I do understand why Kirk Cameron is against public education, educated people would NEVER willingly watch one of his movies.

Another wrote, “Kirk Cameron has been trending for 2 days? That’s 2 days more than he’s ever been relevant.” Someone else joked about Fox News referring to Cameron as “an award-winning actor”: “Kirk Cameron’s most recent award was almost 10 years ago. It was a 2014 Golden Raspberry Award in the Worst Actor category.”

Kirk Cameron’s most recent award was almost 10 years ago.

It was a 2014 Golden Raspberry Award in the Worst Actor category. pic.twitter.com/4d3xSwX6Xh

Cameron’s comments about why parents should homeschool their kids have made him a major topic of conversation, and many are calling him out for his controversial opinions on the public school system.