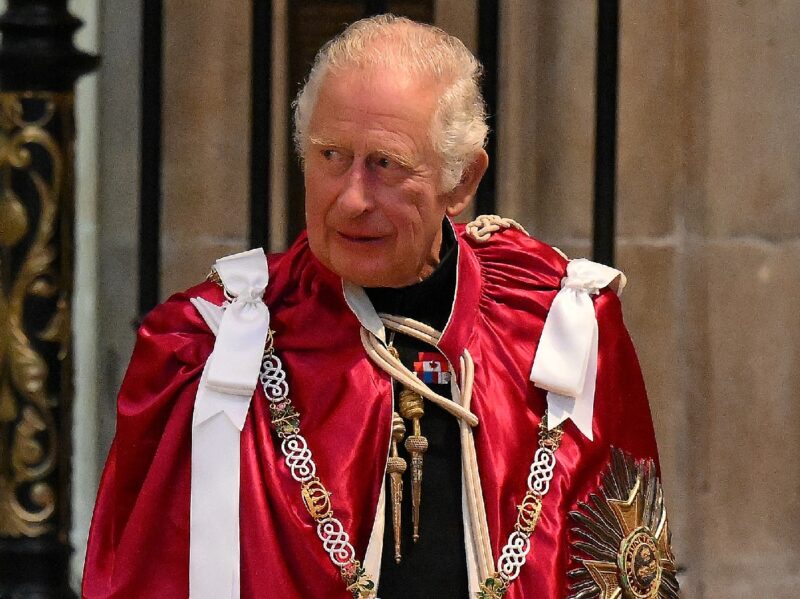 The name Charles has an *interesting* history for monarchs.

Queen Elizabeth still reigns as she and the rest of the United Kingdom celebrate her Platinum Jubilee this weekend, but it won’t be long before it comes time for her son Prince Charles to ascend the throne. Though he’s been known as Charles his whole life, there is a chance that when he steps up to rule the nation, he will have a change of name. There are some historical foils in the family tree that might make him hesitant to call himself King Charles III.

Queen Elizabeth is set to begin celebrations in honor of her Platinum Jubilee this week after a rough year, both personally and as the head of state. Her son Prince Andrew’s scandals weigh heavily on the public mind while on a more personal level it’s only been a year since the queen lost her husband Prince Philip. That loss, in addition to several health issues including a sprained back, a COVID-19 diagnosis, and another mystery ailment that led to an overnight stay in the hospital last fall plagued the aging monarch over the past year.

Amidst these health problems, Prince Charles has been stepping up more than ever to fill his mother’s impressive shoes. Recently, he and his own son Prince William opened Parliament in Queen Elizabeth’s stead, though the speech he read was the one the queen had intended to give herself before reluctantly bowing out of the event. Now more than ever Charles seems to be poised to ascend the throne, though we of course hope it will be many years before he’s tasked with doing so.

One thing the heir to the throne may be considering as his approach to the throne nears the endgame, is what name he’ll be called as the future king of England. There’s some interesting history behind the name King Charles, and not all of that history is good.

King Charles I was the reigning monarch during the English Civil War and was generally unpopular due to his belief in the “divine right of kings,” which basically meant he set the laws as his own morality dictated, and would levy taxes upon citizens without approval from Parliament. He was executed in 1649. For 11 years, England had no king until Charles I’s son ascended the throne in 1660.

King Charles II had an entirely different reputation than his father and was much beloved by the population. He was known as the “Merry Monarch” thanks to his court’s reputation for revelry and hedonism. He acknowledged 12 illegitimate children from his various mistresses but had no legitimate children of his own so his brother James ruled after his death in 1685.

Prince Charles’ full name is Charles Philip Arthur George, so there are plenty of other names he can use instead of his given name. Perhaps he’ll choose to honor his father, Prince Philip, and go by King Philip. Only time will tell what decision Charles will ultimately make.