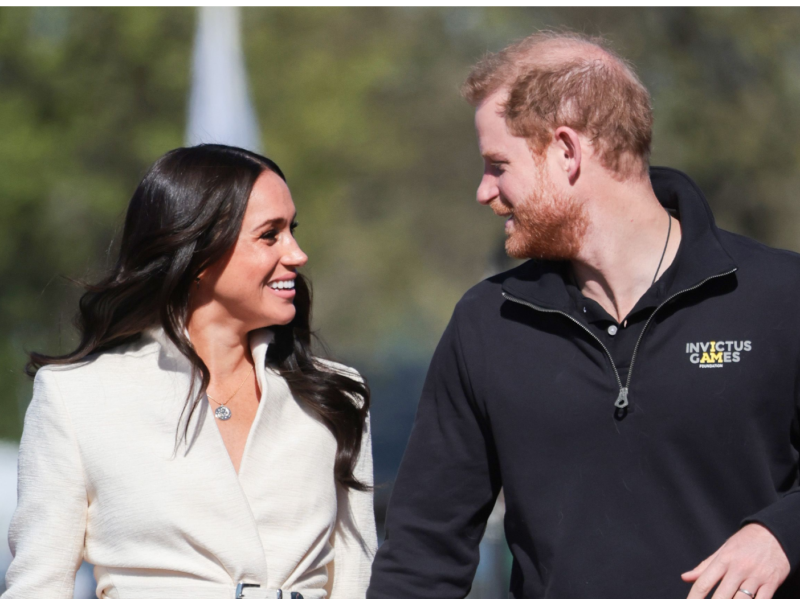 The couple was together for less than two years at the time of their union.

Prince Harry and Meghan Markle got married after less than two years of dating. One royal biographer claims to have the scoop on why they wed so quickly. Gossip Cop investigates.

Prince Harry Rushing To The Altar?

According to OK!, Harry did not follow Prince William’s footsteps to the altar. William and Kate Middleton dated for seven years while Harry waited for only two. In a new biography entitled The Palace Papers, author Tina Brown reveals that William’s friends think harry rushed it. The hasty wedding reportedly meant Markle did not get enough time to get acclimated to the United Kingdom.

The Duke of Sussex felt differently. Brown writes that Harry wanted to get married as soon as possible so he could guarantee police protection for Markle. From his childhood to Afghanistan and even now, Harry’s always been security, so it makes sense that he would want to protect Markle. The issue of personal security continues to be an issue in his life, as he’s still locking horns with the royal family over police protection.

Brown’s new book is certainly making waves. She says the rivalry between Harry and William goes back long before we all thought. While these details are certainly salacious, it’s probably best to take them with a grain of salt. Brown is the same person who criticized Harry for being emotionally needy, so it’s not the least biased source.

Considering how humans make decisions, it doesn’t feel fair to say security is the reason Harry wed Markle so quickly. It removes any romance from the equation. Also, two years from dating to marriage really isn’t that quick. Two years from dating to the wedding is on the quicker side statistically, but only by a few months.

Security is undeniably a paramount concern for Harry. Considering what happened to Princess Diana, he has every reason to fight as he does. It’s certainly possible he wanted to wed Markle to keep her safe,  but nothing is that simple. Furthermore, this narrative robs Markle of any agency in scheduling her own wedding. It’s a tad regressive.

Gossip Cop has seen the speed of their wedding used in tabloid stories before. In Touch claimed they were on the verge of divorce because they got married too fast. That story is years old now, and they’re still together. RadarOnline even promised Markle was getting cold feet partially because she didn’t know Harry well enough, but that could not have been more false.

Markle and Harry are not in the habit of commenting on their biographies, so we’ll probably never get confirmation. Security could easily have been one reason for the wedding, but reality resists simplicity.