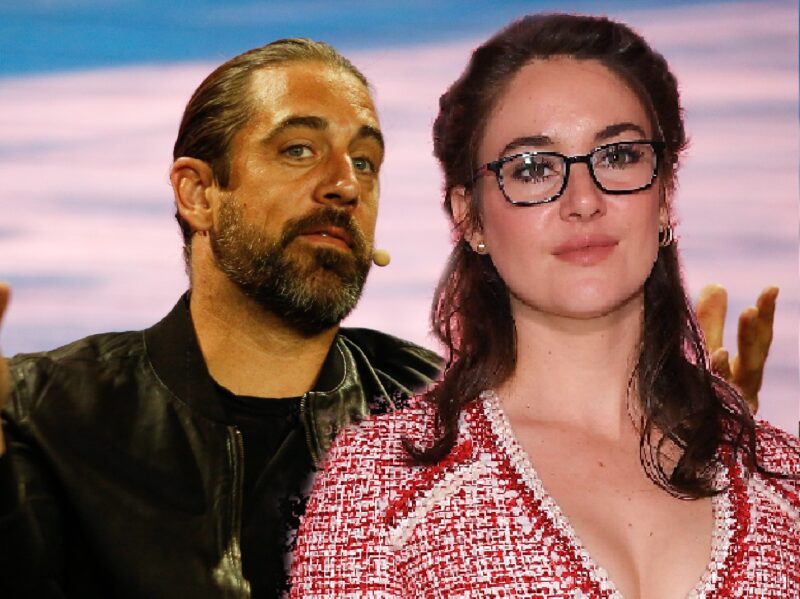 Shailene Woodley is allegedly through with her relationship with Green Bay Packers quarterback Aaron Rodgers.

Shailene Woodley and Aaron Rodgers split earlier this year after a whirlwind romance and engagement. However, for a short while it seemed like the football player was successful in his attempts to win her back, but sources claim Woodley is officially “done” with the relationship.

The couple started dating in 2020, but did not publicly confirm the relationship until February 2021. Just a few days after the world learned Woodley and Rodgers were an item, the couple announced their engagement.

The pair continued to make headlines with their relationship, from talking about each other in interviews, to taking vacations with fellow celebs like Woodley’s former co-star Miles Teller and his wife Keleigh.

However, just a year after announcing they were engaged, sources close to the couple confirmed they had broken up. “Shailene has been super busy with work,” they told Us . “Everything was so different during lockdown, and they had been living in their bubble. Friends of Shailene don’t believe Aaron is the best match for her.”

A Second Chance For The Couple?

Even though they were no longer dating, Woodley and Rodgers continued to spend time together, hanging out in Los Angeles and attending Rodgers’ teammate David Bakhtiari’s wedding in Santa Barbara.

“Things are different now, but they were definitely over,” a source told Us after the pair were spotted hanging out in LA. “Now that Aaron is in [the] off season, he has more downtime and can focus more on a relationship. Shailene is understanding and open — she hasn’t shut the door completely or [she] would’ve never agreed to meet up with him.”

Some wondered if the couple was giving their relationship another shot, but recently a source close to the couple claims that Woodley is “done” with Rodgers. “Shailene tried to give it another shot and was spending time with Aaron,” a source told E! News . “But she quickly saw that everything was on his terms and nothing was going to change. There was no reason to continue and she’s done with it again.”

Woodley might be done with the relationship, but one insider says that Rodgers isn’t ready to give up on her. “Aaron is very in love with Shailene and is trying to get her back,” the insider added. “He thinks their differences don’t matter and that they would make a great fit.”

The couple’s busy work schedules seem to be why they couldn’t make it work and, even after giving the relationship a second chance, it looks like Woodley and Rodgers won’t be getting back together.