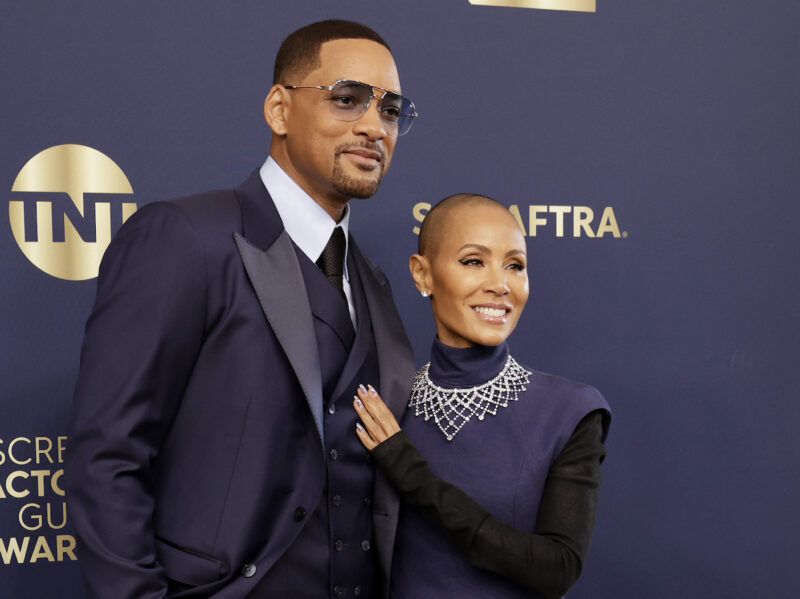 Jada hasn’t been shy about their personal life.

Will and Jada Pinkett Smith faced enormous controversy earlier this year when the actor stormed the Oscars stage and slapped Chris Rock in an ill attempt to defend Jada’s honor. But those who’ve followed the Smiths’ reputation for a while now know that it’s far from the first bit of drama they’ve faced as a couple. Let’s check back in on one of those rumored points of tension.

Around this time last year, OK! reported Will Smith and his wife Jada Pinkett were on thin ice because of the actress’ tendency to overshare. Apparently, “rumors about their wild sex life” were following Will and he was at the end of his rope. Sources claimed he even feared Jada was bringing their daughter Willow into it. Willow had recently come out as polyamorous on an episode of Jada’s Red Table Talk, and according to the tipster, that was the last straw for Will. “That was just too much, and Will is all riled up,” the insider charged.

While the Men in Black actor had previously let Jada do and say whatever she liked, he’d grown “tired of going along with it,” the source attested. They also recounted Jada’s infamous “entanglement” with singer August Alsina, insisting that it was all getting to be too much. “Will’s telling Jada that if she doesn’t set some boundaries, it may be time for them to go their separate ways,” the tipster concluded.

In hindsight, we’re absolutely certain there was no truth to this tale. First of all, we couldn’t find any evidence to support the outlet’s claims. The alleged tipster failed to point out what exactly was bothering Will other than dubious “rumors” about their sex life. The source did bring up Willow Smith’s polyamory as a possible point of tension, but they never actually explained why Will would find that upsetting. Overall, this was a very thin story that’s been disproven by time.

We’d like to point out that Will Smith’s memoir, Will, was a soul-bearing piece of work that could honestly border on “oversharing,” especially on his sex life. So, unless the tabloid wants to label Will a hypocrite, we’re going to assume he never was never really begging Jada for “privacy.”

But everyone knows this is not the biggest story out there when it comes to Will and Jada Pinkett Smith. Will’s now-infamous Oscars slap will surely go down in Hollywood history. It’s even overshadowing the tantalizing drama of Jada’s “entanglement” and the harem of internet memes that followed it. Yet, as far as these things relate to this story, they’re simply a testament to how determined Will and Jada are to stay married. Because, surely, they would have divorced by now if that option was ever on the table.

The Tabloid On Celebrity Marriages

This wasn’t the first time OK! cried “divorce” about a famous couple, and it certainly wasn’t the last. Last summer, the outlet reported Reese Witherspoon and her husband were headed for divorce. Then the magazine claimed Jessica Biel and Justin Timberlake were separating over “trust issues.” And most recently, the publication took another look at the Smiths’ marriage and claimed Jada was forcing Will into anger management classes on threat of divorce. Clearly, old dogs like OK! aren’t learning any new tricks.