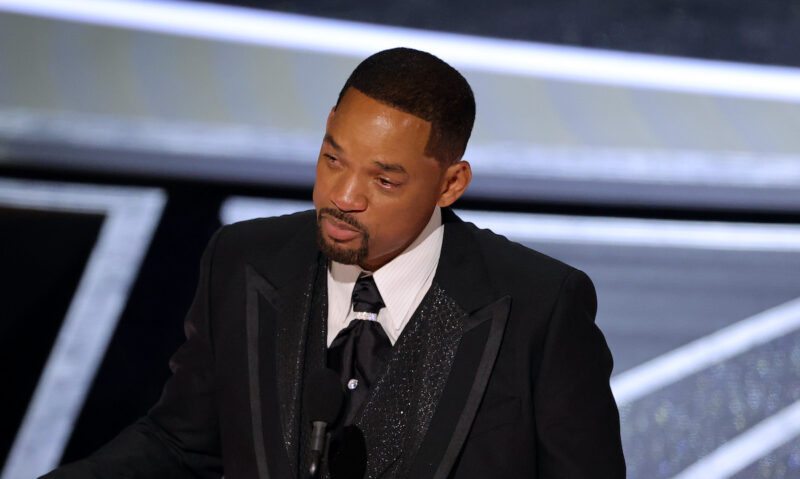 The gossip hasn’t stopped since Will Smith’s infamous slap.

Are Will and Jada Pinkett Smith struggling to save their marriage? According to the tabloids, this year’s Oscars ceremony was the final nail in the coffin for their tumultuous marriage. Let’s check in on the Smiths.

Will Smith’s Marriage ‘Hanging By A Thread’?

Last month, In Touch reported that Will Smith’s outburst on Oscars night was a long time coming. Apparently, tensions had been building between the famous couple for years, and when Chris Rock made his joke about Jada, Will snapped. “Some people think Will is scared to death of Jada, and when he saw her hurt reaction, he overcorrected trying to defend her,” an insider dished. “It’s no secret their marriage has been hanging by a thread, and after years of rumors about affairs and lies, he exploded.”

While it was true that the Smiths’ marriage has been under some intense public scrutiny for a while now, no one can say what exactly pushed Will to act that night. But the outlet’s speculative and hurtful claims about Will being “scared of Jada” and their marriage “hanging by a thread” were impossible to be substantiated. And they only served to muddy the waters around the Smiths.

Will Facing $400M Divorce From Jada?

Then, the Globe reported that Will’s reckless behavior on Oscars night was a result of his long-withering pride and masculinity. Apparently, Jada’s past “entanglement” with August Alsina left Will desperate to salvage what remained of his dignity. “Will felt Chris was mocking him and sneering at how emasculated he’s become,” a tipster confided. “In private, this is a huge embarrassment, especially for Jada.” Finally, the outlet notes that Will’s fortune would be at stake if he and Jada did end up separating since they never signed a prenup.

Of course, this story was no surprise to us. Since the now-infamous Oscars slap is surely going to go down in pop-culture history, it would be unbelievable if the tabloids weren’t using this drama to cry “divorce.” But the truth is that the Smiths always displayed a united front—even throughout Jada’s “entanglement.” So, we just weren’t seeing any reason to buy into this story just yet.

Jada Forcing Will To Go To Therapy?

Finally, the National Enquirer reported that Oscars night was a wake-up call for the Smiths, and Jada was urging Will to take action. “Will’s temper has been an issue for years, as has his ego, which took a huge hit when Jada’s affair became public,” a snitch whispered. “Jada’s drawing a line: Get help—or we’re through.”

But we had no more reason to believe this story over the others. While it’s totally possible that Will sought anger counseling, we would have absolutely no way of knowing. He made a trip to India for spiritual reasons a month after the slap, but there’s been no talk about anger management or divorce. This tabloid doesn’t know Will, it doesn’t know Jada, and it certainly doesn’t know their friends. So, it’s just ludicrous to wave around such personal details as fact when they are completely unsubstantiated.