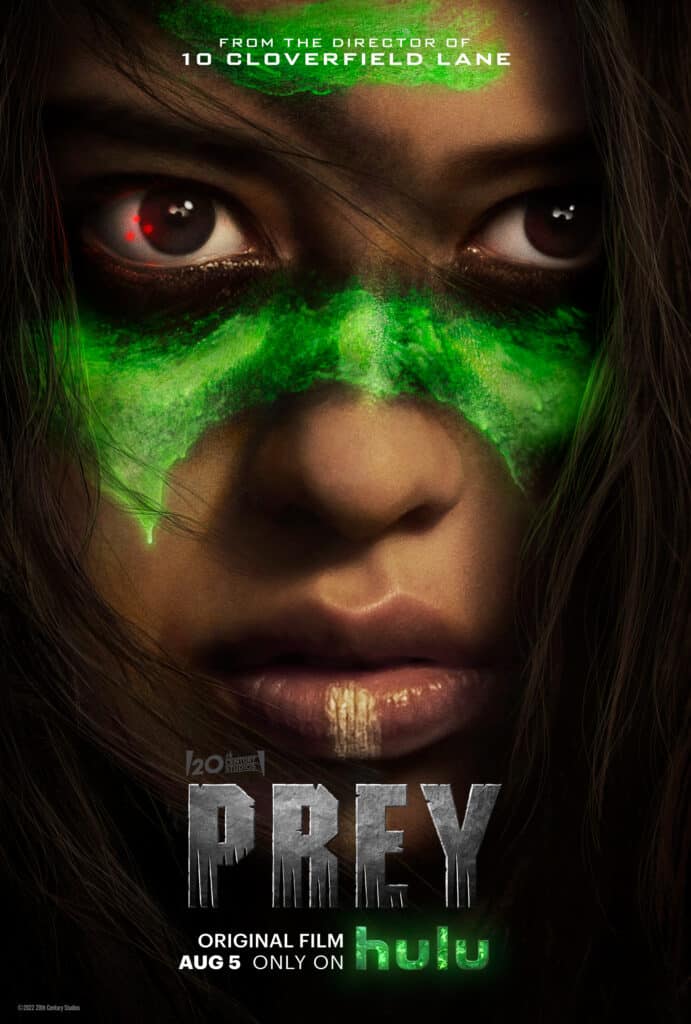 A few weeks ago, Hulu unveiled a teaser trailer for the film Prey , a new entry in the Predator franchise that is coming to the streaming service on August 5th. (Outside the U.S., Prey will be available to watch on Star+ and Disney+ Star.) Now a full trailer for the film has arrived online, and you can check it out in the embed above.

The trailer starts out with a dodgy CGI bear, but it gets better as it goes and ends up showing off some cool, intriguing action moments.

Confirmed to take place in 1719, Prey was directed by Dan Trachtenberg (10 Cloverfield Lane) from a screenplay by Patrick Aison (Jack Ryan). The film has the following synopsis:

Set in the Comanche Nation 300 years ago, Prey is the story of a young woman, Naru, a fierce and highly skilled warrior. She has been raised in the shadow of some of the most legendary hunters who roam the Great Plains, so when danger threatens her camp, she sets out to protect her people. The prey she stalks, and ultimately confronts, turns out to be a highly evolved alien predator with a technically advanced arsenal, resulting in a vicious and terrifying showdown between the two adversaries.

A press release notes that “Prey will be available on Hulu entirely in Comanche as a language option, or with Comanche subtitles, which is the first time a feature-length movie on a direct-to-consumer streaming platform has been available in the Comanche language in its entirety.”

Along with the release of the new trailer comes the unveiling of a new poster, which you can see at the bottom of this article, along with some images from the film.

Will you be watching Prey in August? Let us know by leaving a comment below. 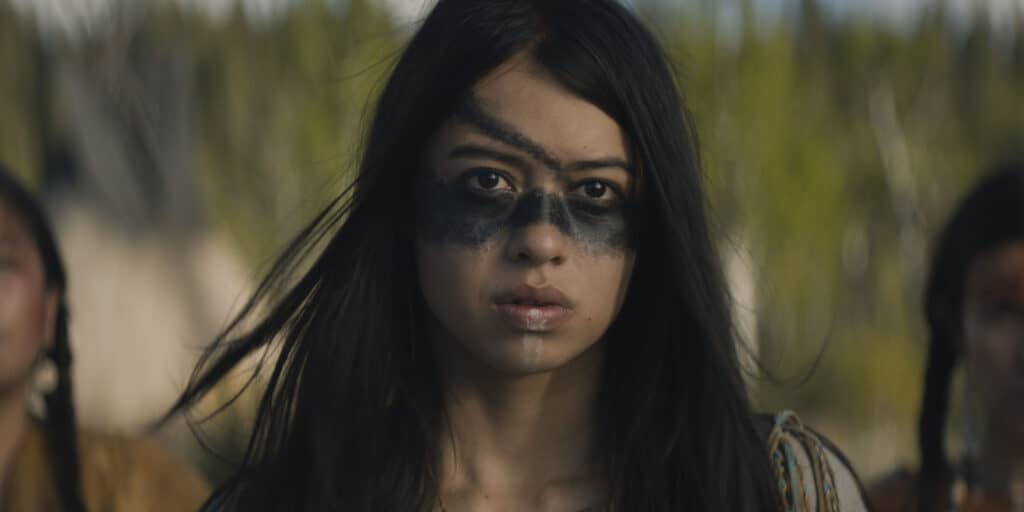