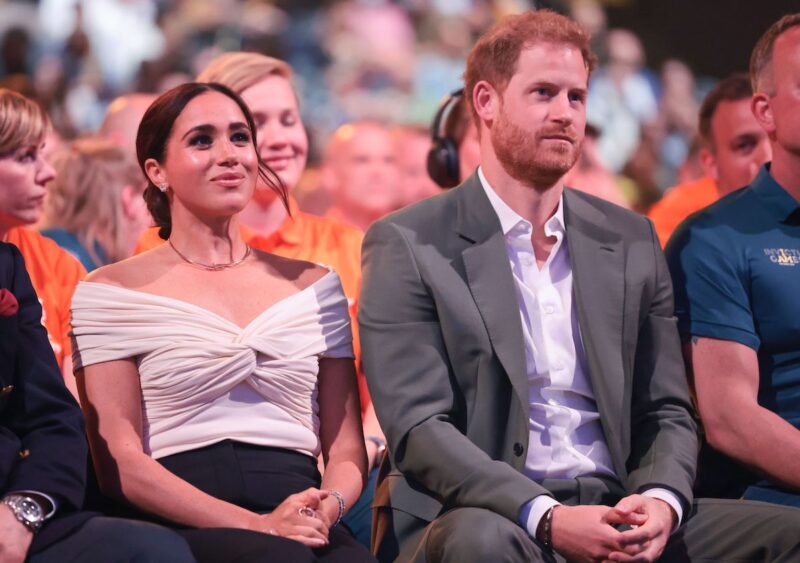 A source argues that Harry and Meghan are hoping for a new start.

Per the Globe “diva duchess” Meghan Markle and “henpecked” Harry are hoping to move to New York City after making nothing but enemies in California. An insider says, “They’ve got huge plans to be king and queen of the city and succeed where they’ve failed miserably in Hollywood.”

Hoping to join the local elite, Harry and Markle apparently find themselves on the outs of Hollywood. The two have been missing from West Coast parties because they’re social outcasts unliked by all, the source explains, adding that Markle is “making a ton of ambitious plans both professionally and socially” for the couple’s move to New York.

The two are in for another rude awakening in New York, the source warns. “There’s no tolerance for divas and spoiled brats in most of the Manhattan circles.” The two are still going to keep a base in Los Angeles, they say, but New York has more opportunities in philanthropy and politics. An insider concludes, “Harry’s excited to be closer to Europe and hoping more of his old Brit pals can come and visit.”

Are Harry And Meghan Moving?

This story only exists because of a Daily Mail rumor. It ran a story about Harry and Markle apartment shopping in New York to get closer to the United Nations. It’s worth noting this tabloid is not a friend of the Sussexes as evidenced by Markle’s victorious lawsuit. Tons of millionaires have headquarters on both coasts, so it wouldn’t be all that surprising to see them nab some Manhattan real estate at some point.

A Sussex move to New York is hardly the point of this story. Its hateful nicknames of “diva duchess” and “henpecked Harry” speak for themselves. The Globe despises these two and wants to will in a world where they’re lonely and miserable. Markle and Harry are notoriously private people, but that doesn’t mean they’re getting rejected by everyone.

Lest we forget some of the guests at their wedding: Oprah Winfrey, David Beckham, James Corden, and Elton John. Tyler Perry helped them secure an American home. Harry appeared on the Late Late Show recently while Markle popped over to Ellen Degeneres’ show. Once you start looking, it’s obvious that these two have friends in very high places.

The Globe once claimed Markle lied about her miscarriage. This is the lowest of the low. Last March, it claimed Harry hated his life with Markle, yet he’s as happy as can be at the Invictus Games with his wife. In a similar story to this one, it blamed Harry and Markle for some neighbors moving away.

Selling mega mansions takes years, so those real estate sales could not have had anything to do with the Duke and Duchess of Sussex. This rag has never had any insight into their lives and just wants to capitalize on their fame with ridiculous stories like this.