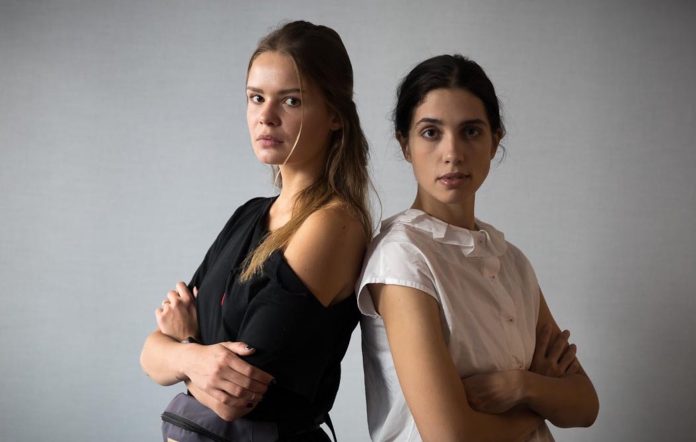 Pussy Riot members Nadya Tolokonnikova and Nika Nikulshina have been labelled as “foreign agents” by the Russian government, it is being reported.

The members of the Russian punk band have famously been critical of Vladimir Putin’s regime and spent time in prison after dissenting.

As BBC News report, Tolokonnikova and Nikulshina have been labelled “foreign agents” among a number of other journalists and dissenters in a new list published by the Russian justice ministry.

Being referred to as a “foreign agent” in Russia carries implications of spying, and was introduced in 2012. All those with the label are required by law to label all social media posts to indicate such status.

The Russian justice ministry said in a statement: “These people systematically distribute materials to an indeterminate circle of persons, while receiving foreign funds.”

Pussy Riot have said they will not comply with the order and aim to tackle it in court. Their Twitter bio now refers to themselves as “foreign spies” and they wrote on the platform: “THIS MESSAGE (MATERIAL) CREATED AND DISTRIBUTED BY A FOREIGN MASS MEDIA PERFORMING THE FUNCTIONS OF A FOREIGN AGENT.

“Two of Pussy Riot, Nadya Tolokonnikova and Nika Nikulshina, were added to the government list of “foreign agents” required to start every tweet w this disclaimer.”

Adding an “official reaction in a second tweet, they wrote:

2. We will not label my posts, the government can label their asses if they’d like.

3. We will appeal in court.

Early last year, Pussy Riot shared a video for their track ‘RAGE’, a political song that calls for the release of Alexei Navalny from jail.

The Russian art collective’s song arrived days after members Masha Alekhina, Viktoria Naraxsa and Lucy Shteyn were arrested in Moscow after attending one of several mass co-ordinated protest in support of the imprisoned Kremlin critic.

In the YouTube description, Pussy Riot wrote: “We demand the release of a Russian opposition leader Alexey Navalny, Pussy Riot’s Masha Alekhina, and all political prisoners, we ask the police to stop beating the protesters and stand together with us, we ask Putin and his team to leave the Kremlin ASAP.”

NME spoke to Pussy Riot's Maria Alyokhina about conditions in prison, staging a play and why she'll never leave Russia.

Meanwhile, Pussy Riot’s Masha Alekhina was also arrested in early 2021 for protesting against Russian President Vladimir Putin. The activist and musician was reportedly detained for 48 hours and is now a suspect in a criminal case.