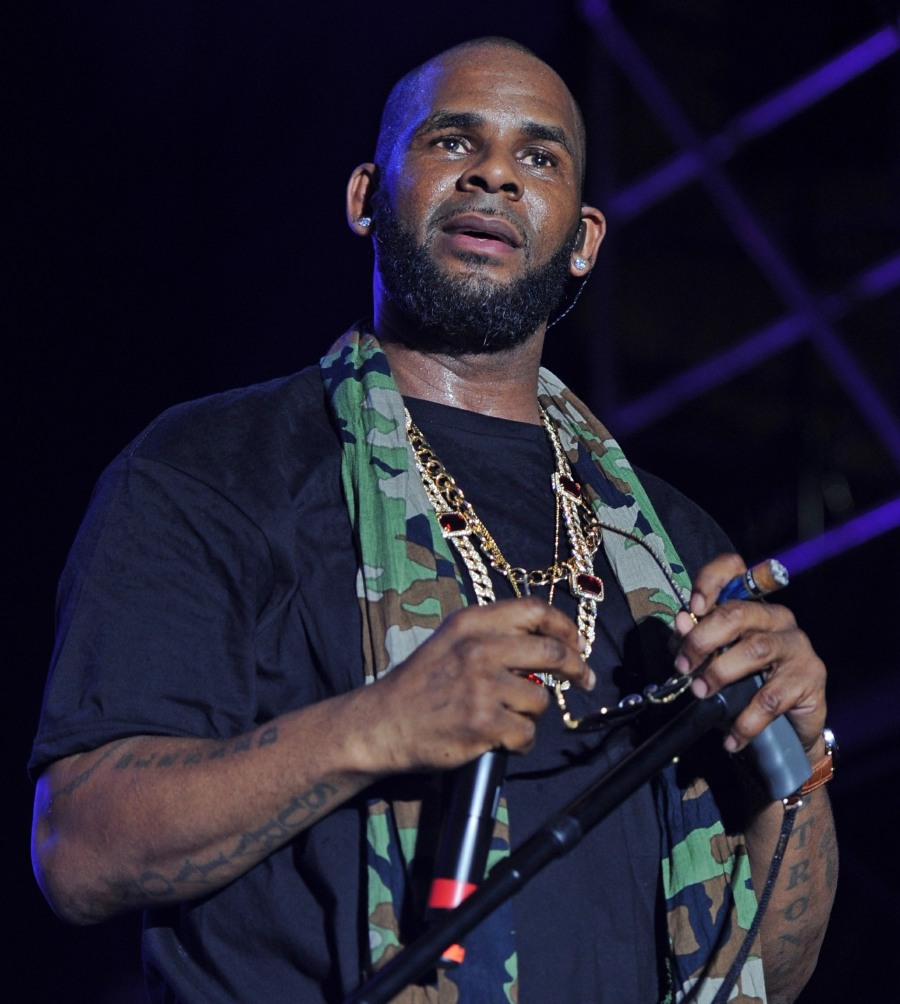 R. Kelly was found guilty of all nine counts of trafficking & racketeering

In January 2019, Lifetime aired Surviving R. Kelly, a docuseries with first-hand accounts of Kelly’s rape, kidnapping, abuse and assault of dozens of girls and women for decades. It was the first time anyone had really listed all of the crimes Kelly had gotten away with, and it was one of the first times so many of his victims got to speak on camera about what he did to them. Suddenly, the criminal justice system couldn’t move fast enough. About one month after Surviving R. Kelly began, Kelly was brought up on multiple assault charges. The dominoes began to fall quickly, and in May, June and July of 2019, the case against Kelly just kept getting bigger. The feds were brought in and they added sex trafficking and racketeering charges. Sh-t got real. Kelly’s trial began five weeks ago and it seems like the prosecution did a great job of making their case. It only took two days of deliberations for the jury to come back with their verdict: guilty.

A federal jury found R. Kelly guilty on all nine counts Monday in his sex trafficking and racketeering trial, the U.S. attorney’s office for the Eastern District of New York announced. The disgraced RB singer, 54, could face decades in prison over nearly 30 years’ worth of allegations that he physically and sexually abused women and minors.

The verdict follows five weeks of testimony from 50 witnesses and arrives on the second day of jury deliberations. Kelly was found guilty on one count of racketeering, a charge that is often involved with organized crime, and eight of violating the Mann Act, which is aimed at curbing sex trafficking. He still faces additional federal charges of sexual assault and abuse in Illinois.

The 45 witnesses called on by prosecutors described an elaborate system of abuse supported by Kelly’s immense fame and professional power, as well as by the cooperation of his employees and close associates. As widely described in reports from the trial, numerous accusers — including one man — testified that they were underage when they met Kelly, who they said went on to control their lives.

A woman alleged that she was forced into sexual encounters with other women and was unable to leave rooms without Kelly’s permission. Another said he knowingly gave her herpes, an assertion seemingly backed by a personal physician who took the stand to discuss Kelly’s medical history. One witness claimed that Kelly forced her to have an abortion. Another said Kelly told her he married Aaliyah in 1994, when she was 15, so that the up-and-coming singer could have an abortion.

I read some legal analysis that the racketeering charges were the thread that helped Kelly’s victims tell their stories. It’s not that the state of Illionis thinks racketeering is a more significant crime than serial rape, it’s that the state wanted to be able to make their case with as many rape victims as they could get to testify, and the racketeering charge enabled that. As for the Aaliyah story… that poor young woman was abused by Kelly from the age of 14. And to all of his victims: you are believed.

Only a few national and local reporters were allowed in the courtroom when the verdict was read. According to the NYT reporter in the room, Kelly’s reaction was “the occasional clench of his jaw; his eyes seemed to be looking straight ahead at the table. At the end, he stood and buttoned his suit as the jury filed out through a side door.”