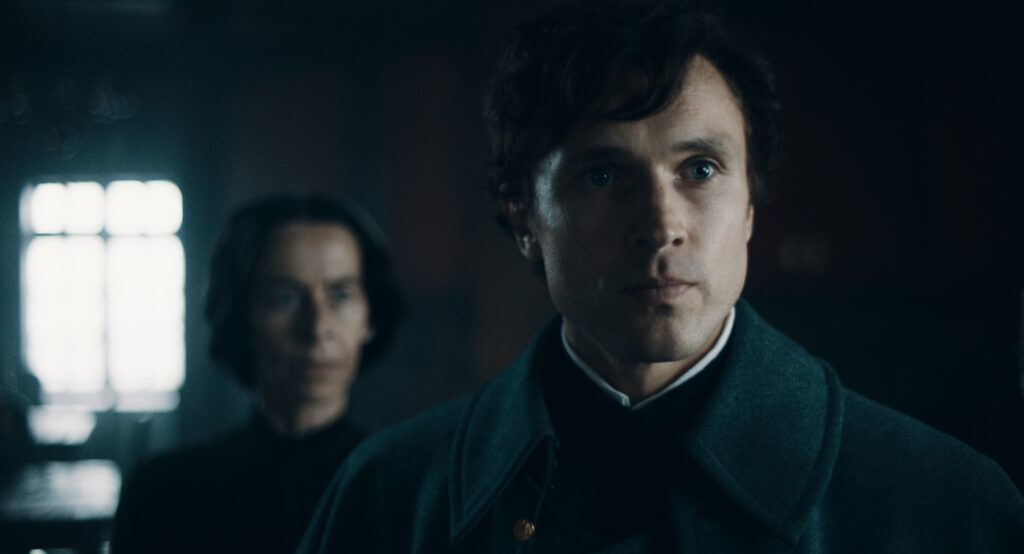 Battle of the Damned director Christopher Hatton‘s mystery horror / supernatural thriller Raven’s Hollow , which stars William Moseley (The Chronicles of Narnia) as Edgar Allan Poe, has only just started filming, but it already secured a major distribution deal. Deadline reports that Shudder has acquired the rights to stream the film in the US, the UK, Australia, and New Zealand. It’s expected to make its Shudder debut sometime in 2022.

Inspired by Poe’s mysterious exit from the Military Academy at West Point, Raven’s Hollow has the following synopsis:

Returning from a training exercise in upstate New York, Poe and four other West Point cadets make a gruesome discovery. This encounter will lead them into a forgotten community where they find a township guarding a frightening secret that feeds Poe’s wandering and ingenious mind. Believing something sinister is at play, Poe explores the dark, suspicious underbelly of a frightened people reluctant to talk of any atrocity witnessed, in order to reveal the secrets hidden within. Risking everything as he uncovers the layers of Raven’s Hollow’s past, Poe ultimately comes face to face with a truth that will haunt him forever.

Moseley is joined in the cast by Melanie Zanetti (Love and Monsters), Kate Dickie (Game of Thrones), David Hayman (Fisherman’s Friends), Oberon K. A. Adjepong (The Dark Tower), and Callum Woodhouse (All Creatures Great and Small).

Stern had this to say about the project:

When Chris Hatton came to me with the screenplay, I knew we had to be involved; and then Andrejs Ekis offered his studios, we knew we could achieve the creative vision on the scale we imagined. We’re so fortunate to be joined by incredibly supportive partners, an outstanding cast and an experienced creative team and are looking forward to sharing first footage over the next few weeks.”

We’re excited to add this gothic fictional re-telling of the Edgar Allan Poe origin story to our portfolio of investments. The cast is first class and the 1800’s sets built at Cinevilla look incredible.”

It has to be noted that Raven’s Hollow is not the only “Poe at West Point” project currently in the works; Scott Cooper is working on an adaptation of the Louis Bayard novel The Pale Blue Eye (pick up a copy HERE), which has Poe getting caught up with a murder investigation.