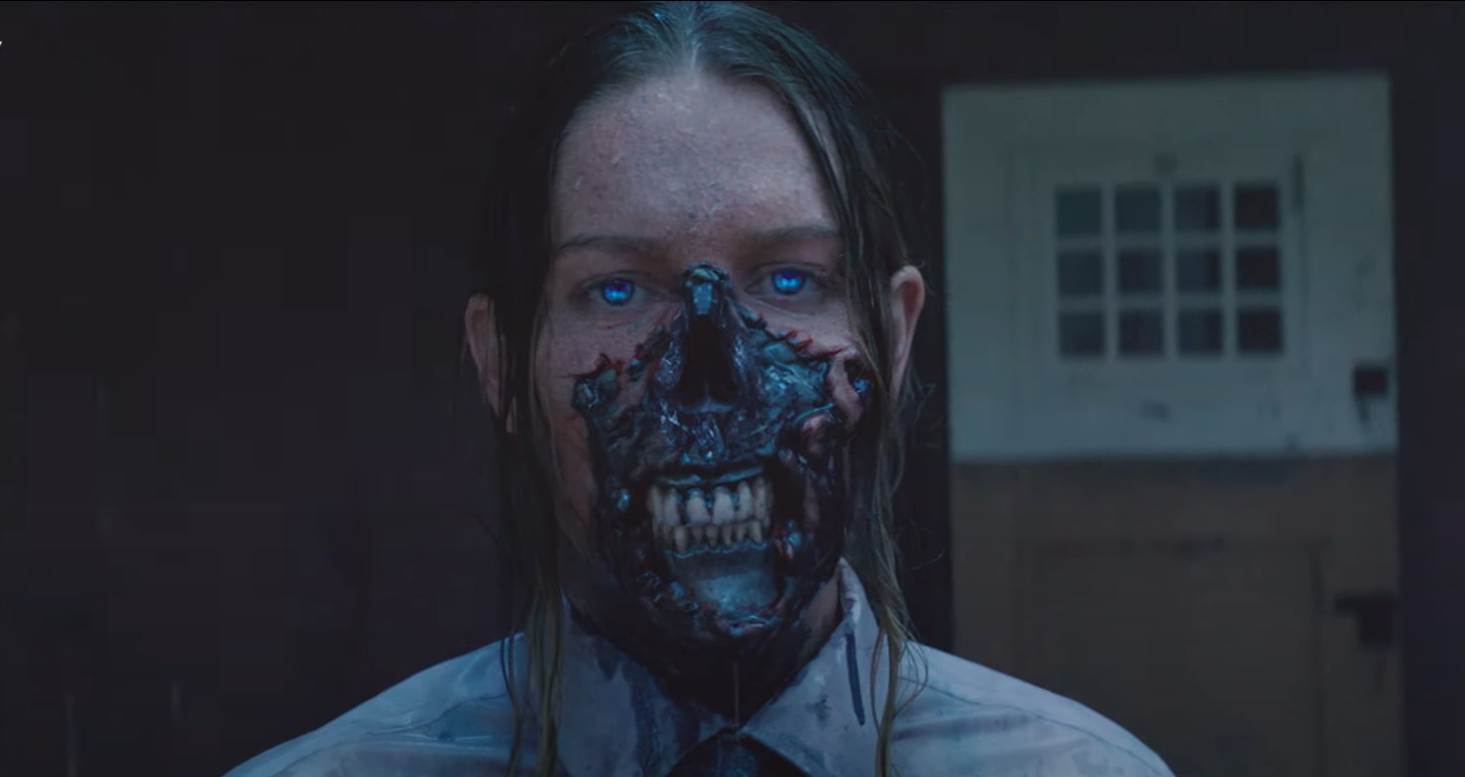 Humanity creates A.I., relies heavily on A.I. in every aspect of daily living, and becomes horrified when a triggering event causes A.I. to turn on its creators. An apocalyptic war between humans and machines ensues. That basic premise applies to numerous dystopian sci-fi movies over the decades, and  Mother/Android  emerges as the latest. Despite its familiarity, writer/director  Mattson Tomlin  and lead  Chloë Grace Moretz  inject enough emotional stakes to keep you invested.

It’s Christmas, and Georgia (Moretz) struggles with boyfriend Sam ( Algee Smith ) about dealing with the recent discovery that she’s pregnant. They don’t have time to discuss it properly, though, as a loud, piercing sound erupts from their phones. The bizarre signal flips the switch on the domestic androids, turning them from holiday eggnog serving butlers to instant killing machines with a single mission; eradicate humanity. Nine months later, a profoundly pregnant Georgia and Sam must trek across dangerous terrain to find safety for their unborn baby.

The tumultuous and constantly moving journey for the leads helps maintain interest even as they encounter the typical plot beats. The cautious search for shelter, an intense chase through the woods when loud sounds alert the androids to the couple’s presence, late-term pregnancy symptoms, and even a high-alert outpost nestled near No Man’s Land, filled with familiar archetypes, hinder or help the voyage.

As a romantic couple, Moretz and Smith lack chemistry. Even the scant glimpse of them pre-apocalypse makes it hard to buy into their love for each other. As partners forged by the collapse of society, desperate to see their baby born healthy and safe, however, they’re plausible enough. Sam is the brasher of the two, often leading them straight into trouble, but Smith imbues him with a caring charisma that’s winsome nonetheless. Much of the emotional heavy lifting goes to Moretz, though, whose Georgia leads with her heart over her head, for better and worse. Georgia’s connection to her child makes the poignant beats land.

Mother/Android  becomes alive and most fascinating once  Raúl Castillo ’s Arthur enters the equation. The reclusive survivor adds an existential complexity, but his arrival also heralds in a speedier, action-heavy back half. A few sharp detours in the central quest bring the thrills and instill questions on whether survival might be possible.

This dystopian sci-fi favors quieter, sentimental moments over action, though. It wants you to care about this couple and their child so that its finale makes an impact. Tomlin largely succeeds thanks to Moretz giving it her all in the final act.

Even when  Mother/Android  effectively tugs at your heartstrings or makes you cringe from unexpected violence, it’s undermined by adhering too close to a conventional formula and arc. Tomlin competently directs, and the cast engenders empathy well, but this is a well-worn battle fought many times over within this subgenre. That Tomlin can wring poignancy out of well-trodden material demonstrates promising potential.  Mother/Android  offers an engaging time, but one that won’t linger long after the credits.