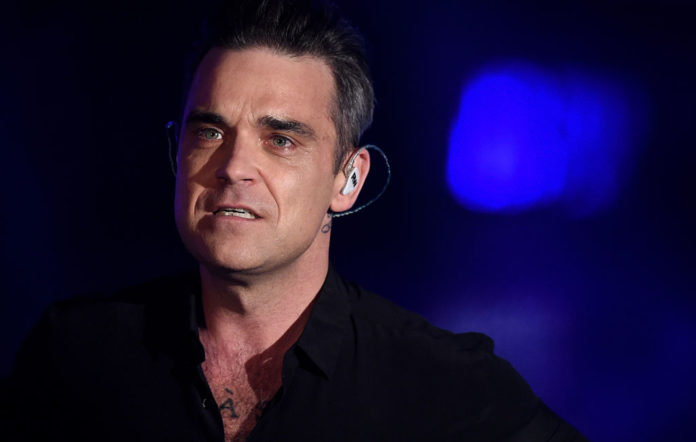 Robbie Williams has announced details of a headline show in Munich, Germany which will be one of the biggest ever gigs the pop star has played.

Taking place August 27, 2022, Williams will perform to 150,000 fans at the outdoor area of Messe München as part of the venue’s Back To Live Summer 2022 concert series.

Speaking about the show, Williams said: “I can’t wait to come to Munich next year – it’s always an incredible place to play and I have very fond memories of shows there.

“My German fans are amazing, and I look forward to playing for them and for fans across Europe at this epic event,” he continued. “We’ve all been starved of live music for a long time, so I’m sure this concert will be a meeting of hearts and minds for us all.”

The concert will follow on from Williams’ homecoming gig at Stoke-on-Trent’s Vale Park, which should finally take place on June 4 2022 after it was postponed last year due to the COVID-19 pandemic.

At the end of last year, Williams announced he was forming a new band with Australian songwriters and producers Flynn Francis and Tim Metcalfe.

​​“I’m gonna do this thing with my friends. Form a band and what I’m gonna do is rent a space, put my art in there. During the day it’ll be a gallery,” he explained. “Then at night I shall be DJing and it will be a musical venue, something the old folks will call a rave.”

Catfish And The Bottlemen's Van McCann: Why I Love Robbie Williams

We asked Catfish And The Bottlemen's Van McCann for the soundtrack of his life including the first track he ever fell in love with, the song that made him start a band and the track that always makes him hit the dancefloor.

Williams has also revealed plans to record another duet with Kylie Minogue and that her 2001 track ‘Your Disco Needs You’ (which he co-wrote) has inspired his new album.

“I’ve got to say, as I look down the list of my new songs from my new album, that I don’t know when it’s coming out. It’s got a very disco feel to it,” he told the Daily Star in January.