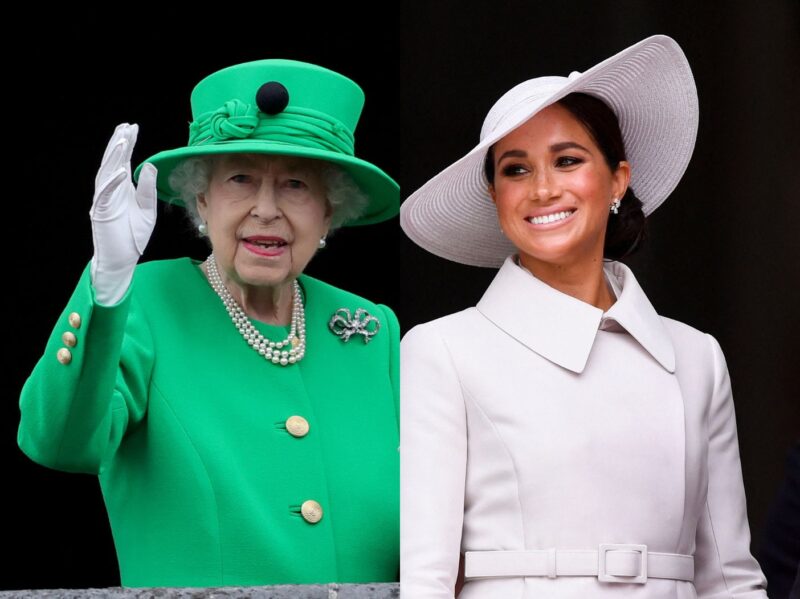 The queen apparently had a serious sit-down with Markle.

Did Queen Elizabeth have a tense meeting with Meghan Markle behind the scenes of her Platinum Jubilee celebrations? One tabloid claims the queen took the chance to clear the air with the Duchess of Sussex. Let’s take a look at the rumor.

Queen ‘Laid Down The Law’ With Markle?

A recent edition of New Idea reports Queen Elizabeth wasn’t going to let Meghan Markle leave London again without putting her in her place. “The queen was magnanimous in rolling out the red carpet for the Sussexes despite their repeated attacks on the royal family,” an insider spills. “But she did have a few choice comments for Meghan, especially over her upcoming Netflix docuseries, which, by all accounts, is more of a reality show.”

Apparently, the queen told Markle that she was explicitly forbidden from filming on Crown property and that they would “frown upon” any mention of private family matters on their show. “Her Majesty wanted to remind Meghan that the royal family was a team and that by hurting one of them, she hurts all of them,” the tipster concludes.

First of all, why is this report only concerned about Meghan Markle? Both Markle and Prince Harry are signed onto their Netflix deal, so why would the queen focus all her efforts on talking to Markle? Well, our guess is that she wouldn’t. It’s far more likely that, if she had concerns, she’d include her grandson in the conversation as well since it’s well-known that they’ve always been close.

But, of course, it’s really no surprise that the magazine turned its wrath on Markle. According to the tabloid media, Markle was bound to crash the queen’s jubilee celebrations with a camera crew in tow. And since neither Markle nor Harry disrupted the event, someone had to have stopped them. But this narrative is pure, unbridled speculation. There is absolutely no evidence to support it, and, from what we can tell, Markle and Harry had no plans to film the queen during their visit to the UK.

More Royal Rubbish From The Tabloids

This is far from the first time we’ve busted New Idea for spreading misleading information about the British royal family. Earlier this year, the outlet reported Meghan Markle had “denounced” Camilla Parker Bowles. Then the magazine claimed Prince William tried to stop Prince Harry from seeing the queen during his stop on the way to the Netherlands. And more recently, the publication alleged the palace believed Markle was planning to publicly disrespect Kate Middleton. Obviously, New Idea doesn’t really have spies lurking around Buckingham Palace.