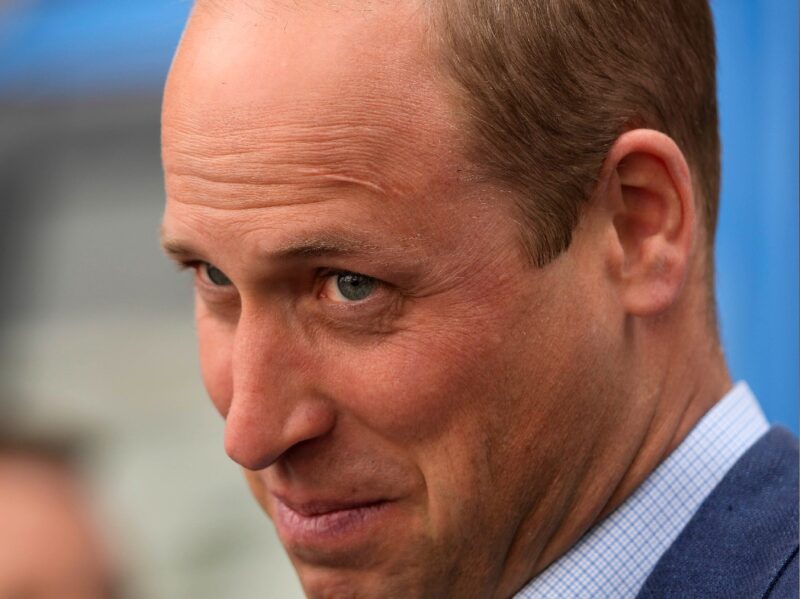 Prince William delighted and dazzled royal watchers after a recent visit where the 2nd in line to the throne showed off his bulging biceps.

Prince William set royal watchers’ hearts aflutter during a recent royal visit to The Royal Marsden hospital where he suited up in a pair of scrubs that left his arms nearly bare to the eye. William previously titillated fans while getting a COVID vaccine, and now that same feature is getting people all hot and bothered over the heir to the British throne.

Royal watchers can’t keep their eyes off Prince William’s arms! The Duke of Cambridge has long been admired for his toned biceps, most recently when he got his first COVID vaccine jab back in 2021 and had to roll his sleeves up over the bulky mass of muscle to do so. As a result, he was culpable for heart palpitations across the world as royal watchers swooned over the second in line to the throne. 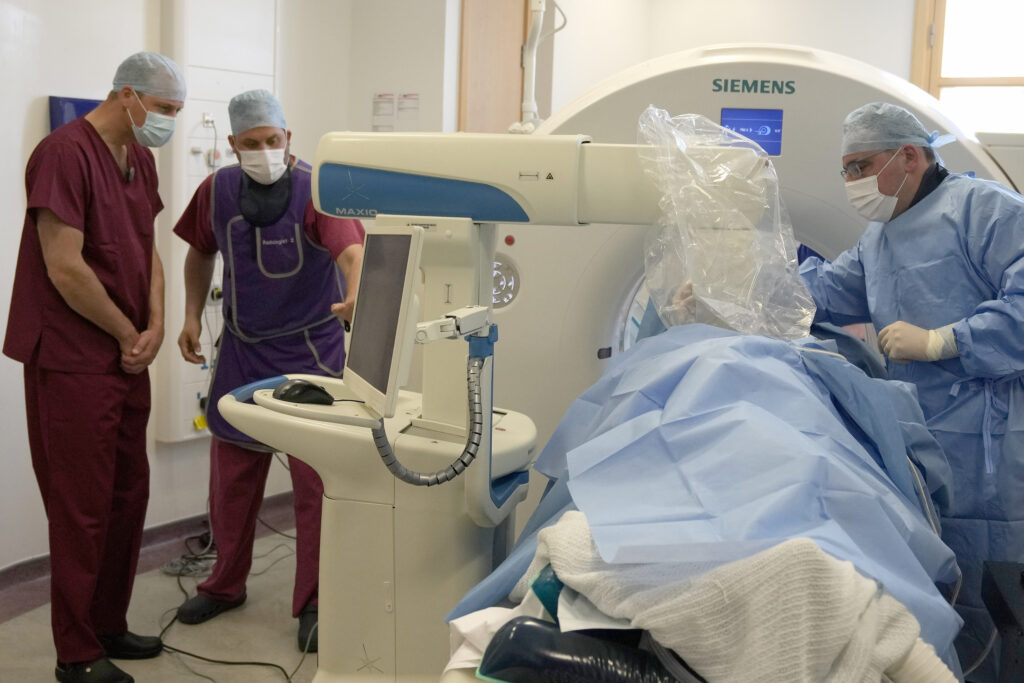 LONDON, ENGLAND – MAY 24: Prince William, Duke of Cambridge (L), President of The Royal Marsden NHS Foundation Trust, looks at a screen to follow the robotic microwave ablation procedure as he visits The Royal Marsden hospital to learn about some of the innovative work that is currently carrying out to improve cancer diagnosis and treatment at The Royal Marsden on May 24, 2022 in London, England. (Photo by Frank Augstein – WPA Pool/Getty Images)

Once again, those royal fans have been swooning over William’s arms thanks to his recent trip to The Royal Marsden hospital. While there, William donned a pair of burgundy scrubs as he met with healthcare professionals about the work they’ve done to innovate new treatments and diagnosis methods for cancer patients.

Though that work is certainly vital and the new leaps in technological advancement when it comes to medical treatment are definitely important, we’d like to focus our attention on something a little more…eye-catching. The short sleeves on those scrubs were the perfect length to show off William’s toned forearms and biceps. We’re not the only ones salivating over the Duke of Cambridge. 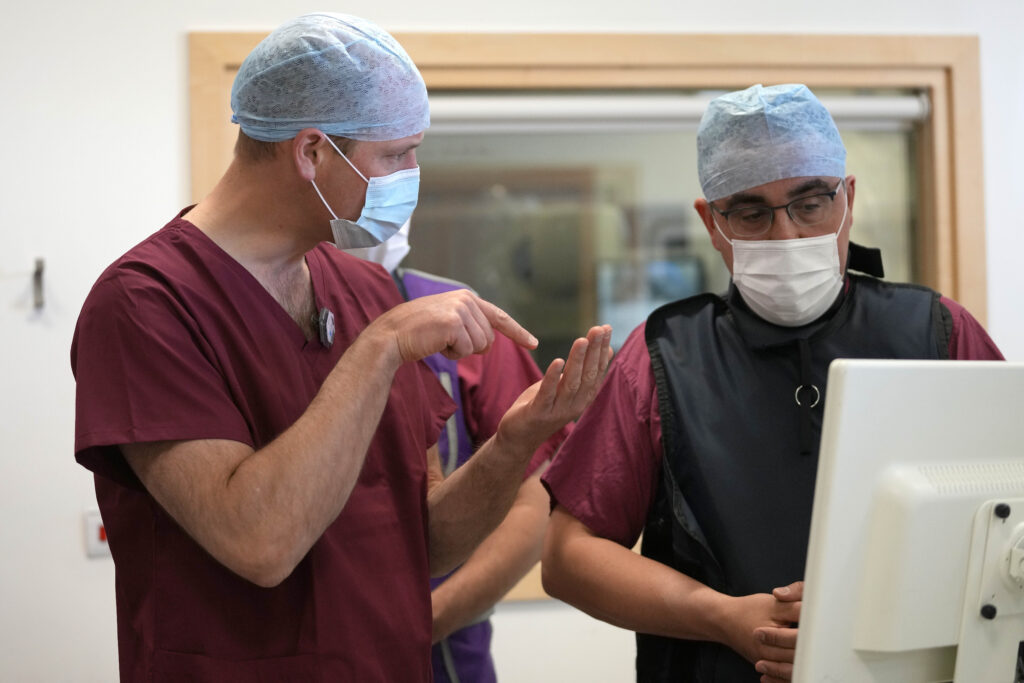 LONDON, ENGLAND – MAY 24: Prince William, Duke of Cambridge (L), President of The Royal Marsden NHS Foundation Trust, speaks to Dr Nicos Fotiadis as he visits The Royal Marsden hospital to learn about some of the innovative work that is currently carrying out to improve cancer diagnosis and treatment at The Royal Marsden on May 24, 2022 in London, England. (Photo by Frank Augstein – WPA Pool/Getty Images)

Some royal watchers commented on the photos on Twitter, with one fan writing, “Prince William can check me over any day, look at those arms,” followed by a heart-eye emoji. We can definitely relate and so can dozens of other royal fans who chimed in under the comments. “Yummy. What a hunka’ man,” one woman wrote while others simply posted fire or heart emojis to lend their agreement.

It’s rare to see Prince William without long sleeves and thanks to royal style protocol, which focuses more on rules for royal women than men, it will continue to be a rare sight. Typically the royal family tries to dress elegantly and conservatively for their many public appearances and short sleeves don’t necessarily meet those high standards. As William’s wife frequent royal style protocol flaunter Kate Middleton would tell you, though, some rules are meant to be broken.