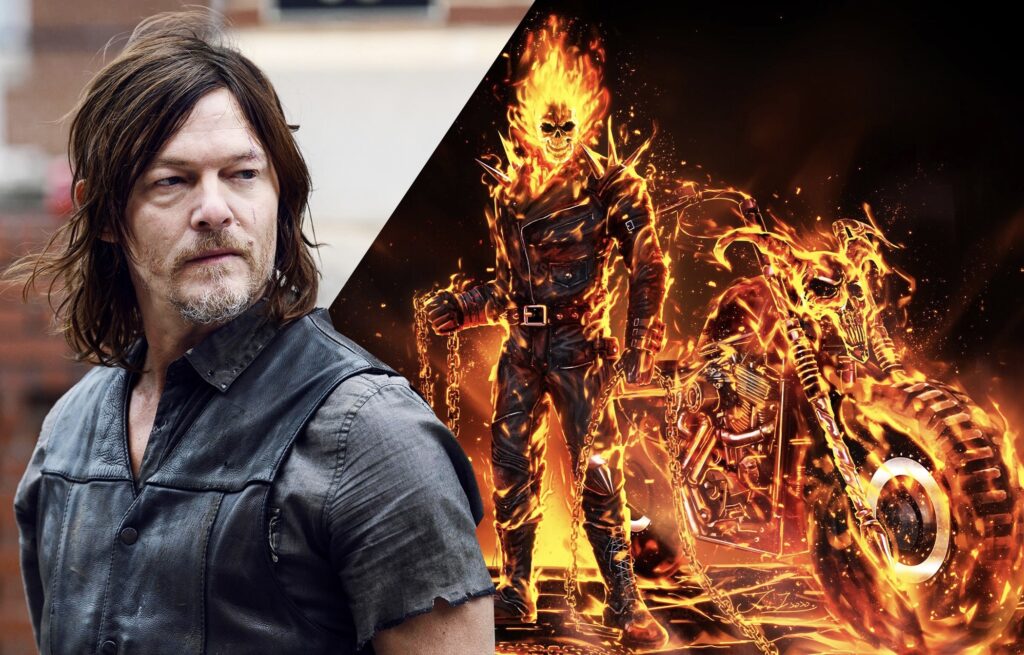 Fans are continuing to call for Norman Reedus to play Ghost Rider and now the actor is supporting the movement which is making some fans believe there is some truth to the actor being up for the role.

While Marvel hasn’t announced immediate plans to introduce Ghost Rider in the MCU, fans have been campaigning for years for The Walking Dead’s Norman Reedus to land the role. Reedus does seem like the ideal choice given his real-life love for motorcycles and his ability to play a tough guy loner. The actor has also been pretty open about wanting to play the character and recently new rumors have emerged that Marvel is zeroing in on SOMEONE to take on the role of Johnny Blaze aka Ghost Rider. Fans have noticed that Reedus has been liking various tweets about his potential casting and while this is far from an official confirmation, some think that Reedus may already know something that we don’t. Again, it’s all Twitter speculation at this point but clearly, fans believe Reedus is the obvious choice for the part. You can check out some of the posts below!

This is just some of the love that Norman Reedus is getting on social media in regards to him potentially being cast. Nicolas Cage was the first actor to bring the character to life on the big screen in a pair of Ghost Rider movies that received a mixed response from fans. It should be noted that, since the rights have gone back to Marvel Studios, some fans would love a multiverse storyline that keeps Cage in the part. Other popular choices include Keanu Reeves, who has admitted speaking with Marvel about a project, and Gabriel Luna, who played the Robbie Reyes version of Ghost Rider on the Marvel series Agents of S.H.I.E.L.D. There were plans for Luna to star in his own Ghost Rider spinoff series at Hulu but the streamer decided to not move forward with the show.

Given all the love Reedus has been getting on social media and the actor liking various tweets about the rumored casting, do you think the Marvel wants him as Ghost Rider?