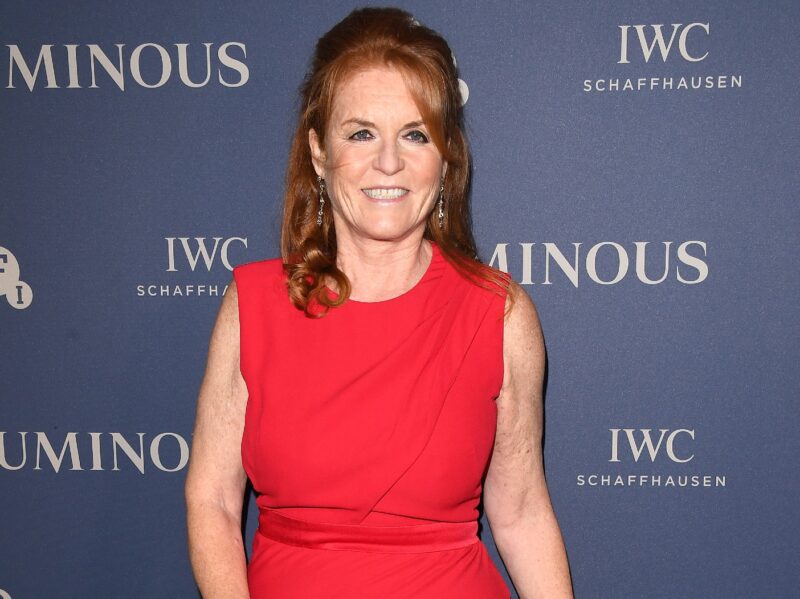 Ferguson shared adorable anecdotes as well as advice she has for the tots.

The world is pretty aware of most of the young royals, observing Prince William’s kids at royal functions and anxiously awaiting rare photos of Prince Harry’s children. However, what about their cousins? Sarah Ferguson recently shared some details about her daughters, Princesses Beatrice and Eugenie, and their new babies.

The Advice Ferguson Wants To Give Her Grandkids

Eugenie welcomed her first son, August, in February of 2021, while Beatrice gave birth to her daughter Sienna in September of that same year. Ferguson recently sat down for an interview with Matt Haycox for his podcast and shared some details about her new grandchildren.

When asked about what advice she would give her grandkids, Ferguson replied, “Well, August is 15 months and Sienna is eight months. I look at them already and I communicate with them… But I look at them and I think, ‘Oh goodness, always allow a child—or in my case, my grandchildren—to be who they are.”

RELATED: Prince George Has Inherited A Bad Habit From His Grandmother Princess Diana

She continued, “I think that my advice to not just my grandchildren, but to my children too, is [to ask], ‘How do you feel? Does this make you happy? Do you feel like you are doing it because you wish to or are you trying to please or are you trying to overachieve? Where are you in all of this?”

Ferguson also talked about how her own upbringing was different from that of her grandchildren. “I was brought up with, “Oh, don’t ever think of yourself. You’re too selfish,’” she explained. “And of course, then you never think of yourself and then you go make endless wrong decisions and take the wrong roads.”

“I teach my grandchildren the same way as I’ve taught my two beautiful girls who are the best ambassadors for good mothering because I’m a darn good mum,” the royal finished. The Duchess of York shares Beatrice and Eugenie with Prince Andrew and remains close with her ex-husband.

Fans of Ferguson loved getting to hear a little more about the lesser-known royal grandkids, August and Sienna, and enjoyed hearing the Duchess of York’s thoughts on what her grandchildren need to know as they get older.