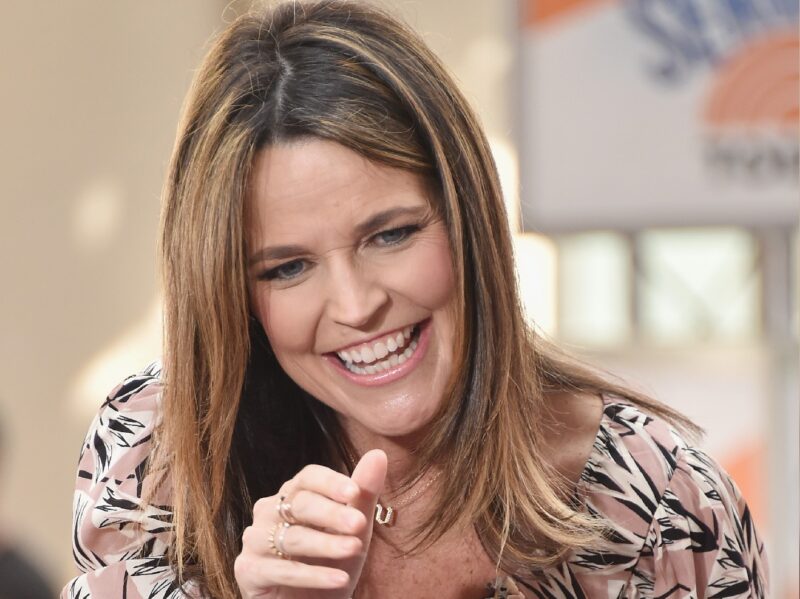 Today host Savannah Guthrie had some fans concerned after she posted a photo of herself and fellow anchor Hoda Kotb running through Rockefeller Plaza while wearing some sizable heels. Guthrie has had some health scares in the past few months, including a COVID-19 diagnosis and foot injury in spring. With another morning news host recently injuring her foot as well, maybe fans were right to be worried.

Savannah Guthrie wore a pair of sky-high heels during a recent episode of the Today show and while the NBC star anchor looked gorgeous alongside co-star Hoda Kotb, some fans couldn’t help but be concerned for her. Guthrie was wearing a sleeveless black blouse and a floral patterned skirt and looked striking alongside Kotb, who was dressed in an adorable pink pantsuit despite the heat.

Guthrie captioned the pair of photos, “we are RUNNING through this Tuesday.” In the first of two photos Guthrie posted, Kotb hammed it up a bit for the camera, breaking into an exaggerated jog that made her hair blow back like she was a supermodel on the runway. Guthrie was a bit more demure, but she probably had to be in those sky-high heels!

‘Today’ Anchors On The Move

Already quite the tall woman, Guthrie fairly towers over Kotb in these photos despite the fact that both women are in heels. The strappy shoes had a chunky heel that likely gave Guthrie a bit more stability than Kotb’s pointier heels, but it’s the height that has us gobsmacked and some fans cautioning her to be careful.

One fan wrote in the comment section, “Don’t fall please,” while another suggested, “They need a golf cart to drive you around so no running.” Yet another was even more straightforward, writing, “Running in [heels] is not good for ankles and knees. Please be more careful.” There’s some slight cause for the concern among fans. At the end of March, Guthrie hosted her segment of the Today show while wearing slippers due to a toe sprain.

Though some were concerned about Guthrie’s safety in those shoes, others simply admired her for wearing them in the first place. “Wow how is Savannah running in those shoes?! She’s a champ!” a fan wrote in. Another commented, “That takes skill in those shoes!”

We’re glad to see that Guthrie’s recovered enough from her bout with COVID as well as her toe sprain to get out there on the streets of Manhattan again. Hopefully, she takes care to keep herself safe because we’ve only just gotten her back.