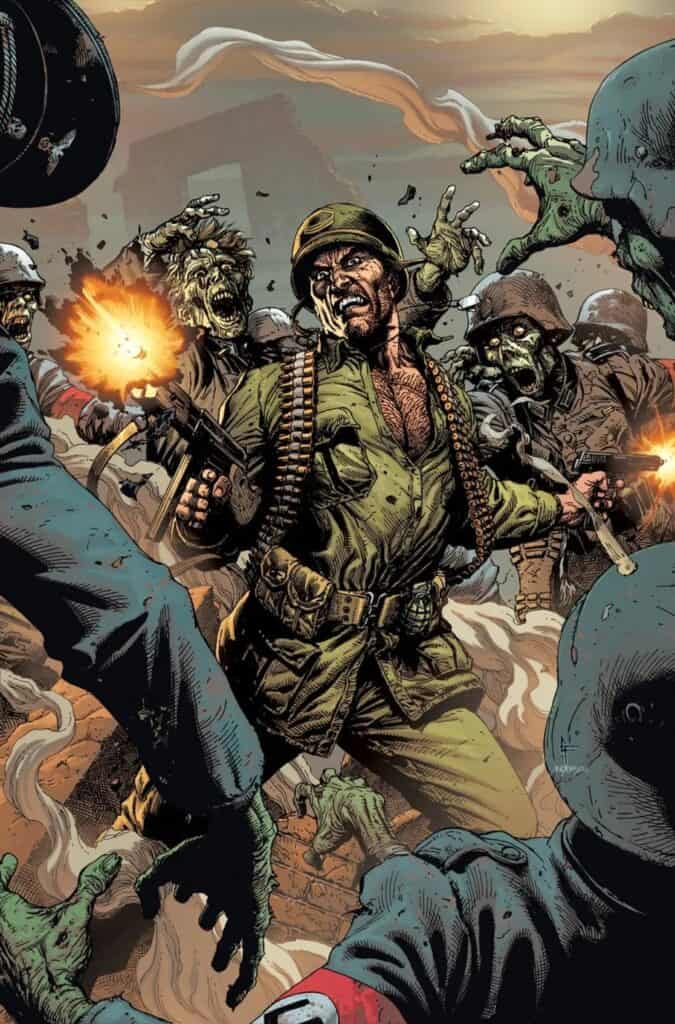 Genre icon Bruce Campbell (Ash vs. Evil Dead) is writing a comic book series for DC Comics that is sure to appeal to fans of his film work: DC Horror Presents: Sgt. Rock vs. The Army of the Dead ! Campbell is writing the scripts for the six-issue series, which will feature artwork by Eisner and Harvey Award-winning artist Eduardo Risso (100 Bullets).

The story of DC Horror Presents: Sgt. Rock vs. The Army of the Dead begins in

Berlin, 1944. The Nazis are flanked on all fronts by the combined Allied forces, and defeat seems inevitable. In a last-ditch effort to turn the tide of the war, Hitler and his team of evil scientists create a serum that resurrects their dead soldiers, creating an army of the dead even stronger than they were in life.

Sgt. Rock, hero of the European Theatre, and his Easy Company find themselves dispatched into enemy territory to face off against the strangest, most horrific enemies they’ve encountered yet: Nazi Zombies.

If you’re not familiar with the Sgt. Rock character, the press release shared by AIPT Comics gives some information:

Sgt. Rock first debuted in DC’s comics in 1959, in Our Army at War #83. Sgt. Franklin John Rock and his Easy Company became a mainstay of DC’s popular war comics. Created by writer Robert Kanigher and artist Joe Kubert, Sgt. Rock was soldier of almost preternatural ability and grit, battling Nazis across Europe and Northern Africa during World War II. Now, he’s back, in a new, terrifying setting in this action-horror mash-up, updating a classic DC hero for new fans!

The first issue of DC Horror Presents: Sgt. Rock vs. The Army of the Dead is set to reach store shelves on September 27th. The artwork for the main cover was created by Gary Frank (Supergirl). There will also be variant covers by Charlie Adlard ( The Walking Dead ), Francesco Francavilla (Batman: Black Mirror), Chris Mooneyham (Joker Presents: A Puzzlebox), and Frank Quitely (The Authority). Most of these covers can be seen below, but the Quitely variant cover – called the Duffel Bag Gore variant cover – is described as being “too gruesome to even show you”.

Will you be collecting this Bruce Campbell-scripted Sgt. Rock series? Share your thoughts on this one by leaving a comment below. 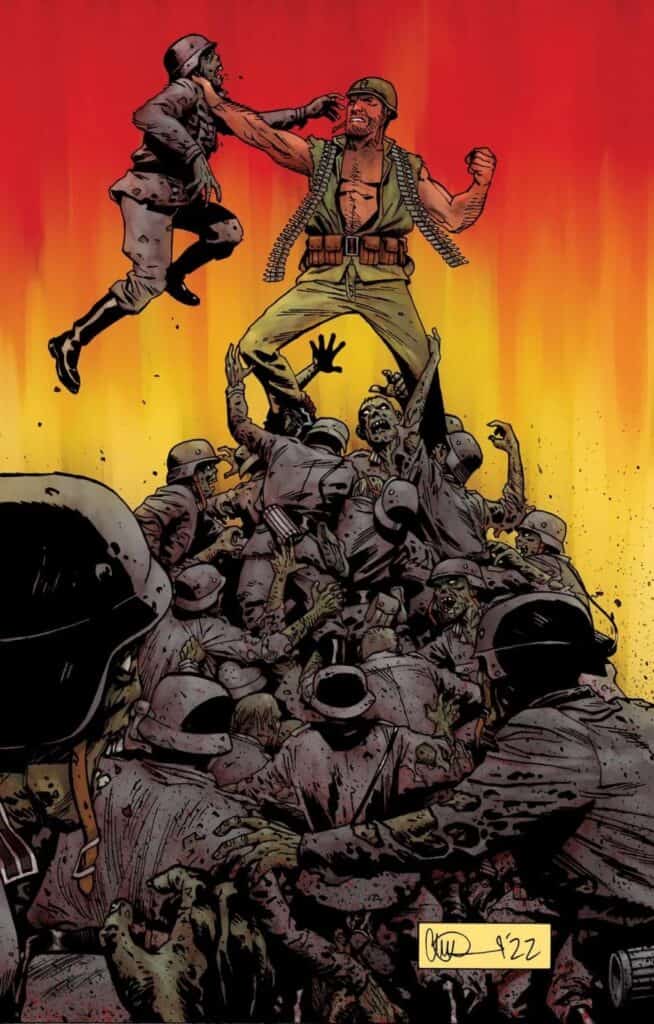 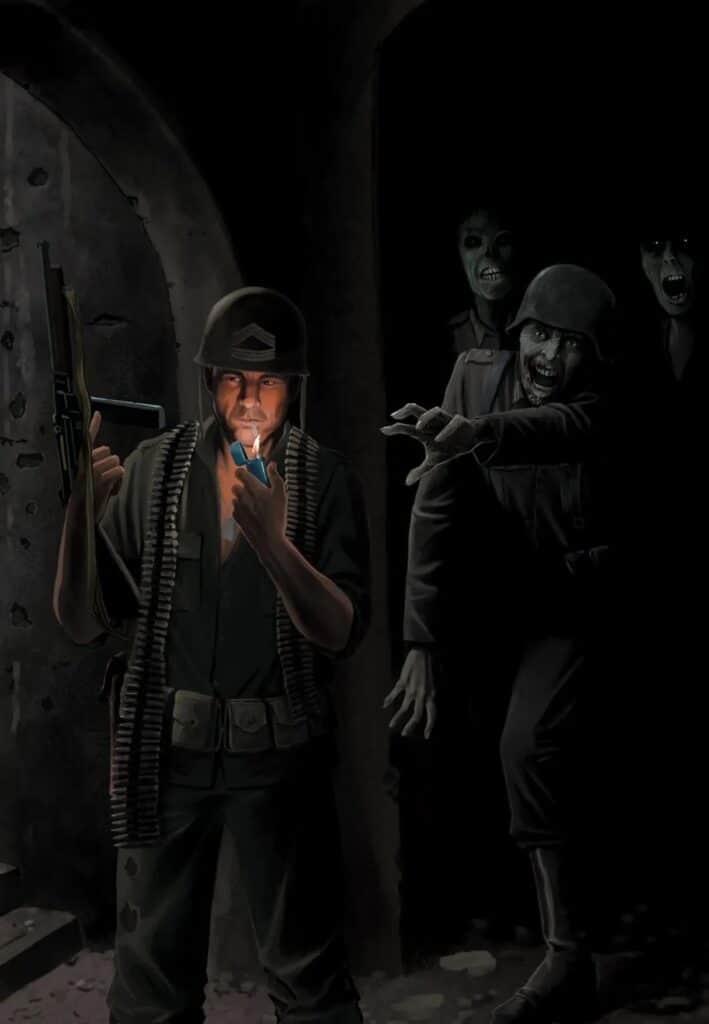 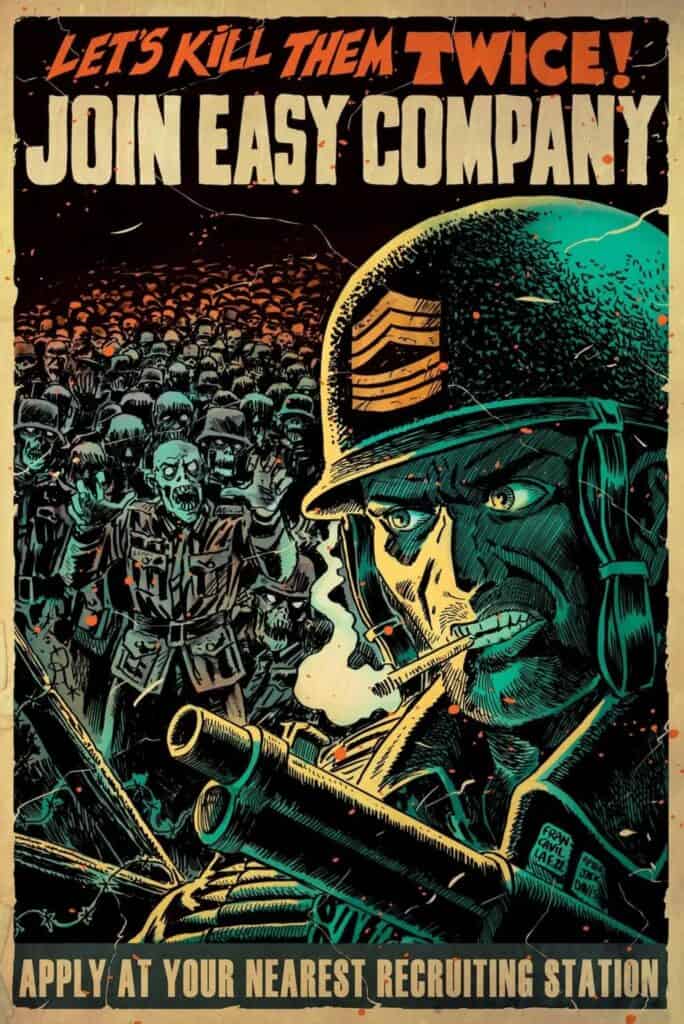