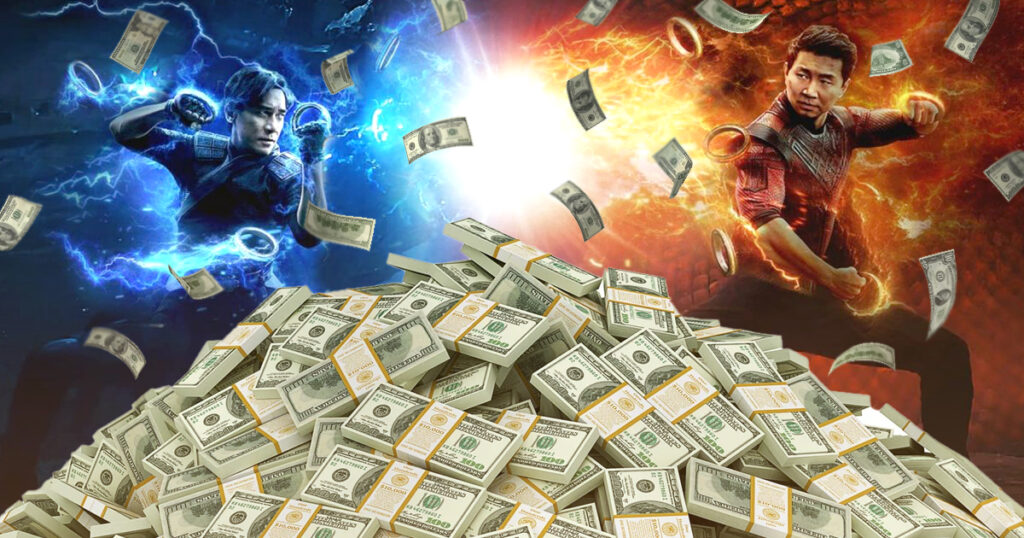 The days of blockbusters grossing over $1 billion worldwide have been put on pause thanks to the pandemic, but recent months have seen movies starting to bounce back. Shang-Chi and the Legend of the Ten Rings was released last month and received rave reviews, and it seems that it’s not doing too badly on the box office front either.

According to THR, Shang-Chi and the Legend of the Ten Rings has now become the first pandemic-era film to gross over $200 million in North America. That sum wouldn’t be newsworthy once upon a time, but here we are. That box office number puts it ahead of fellow Marvel Cinematic Universe movie Black Widow, which grossed $183.6 million domestically earlier this summer. Shang-Chi has also remained number one for four weekends in a row and the Marvel movie’s worldwide box office currently stands at $367.2 million.

Nothing has been officially announced just yet, but it’s pretty clear that we haven’t seen the last of Shang-Chi (Simu Liu). Marvel Studios president Kevin Feige has previously teased that the conclusion of Shang-Chi and the Legend of the Ten Rings should give audiences a “pretty clear direction on, at least, how vital and how important and how directly Shang-Chi is stepping into this world.” Feige compared it to Marvel’s very first post-credit scene in Iron Man more than a decade ago. “We are reminded of Nick Fury in the tag of Iron Man 2, telling Tony Stark, ‘You’re part of a bigger universe, you just don’t know it yet.’ And without giving [anything] away, a very similar thing happens to Shang at the end of the movie.”

Shang-Chi and the Legend of the Ten Rings will be available to stream on Disney+ on November 12th, and it was also announced today that the film will be released on Blu-ray and 4K Ultra HD on November 30th.