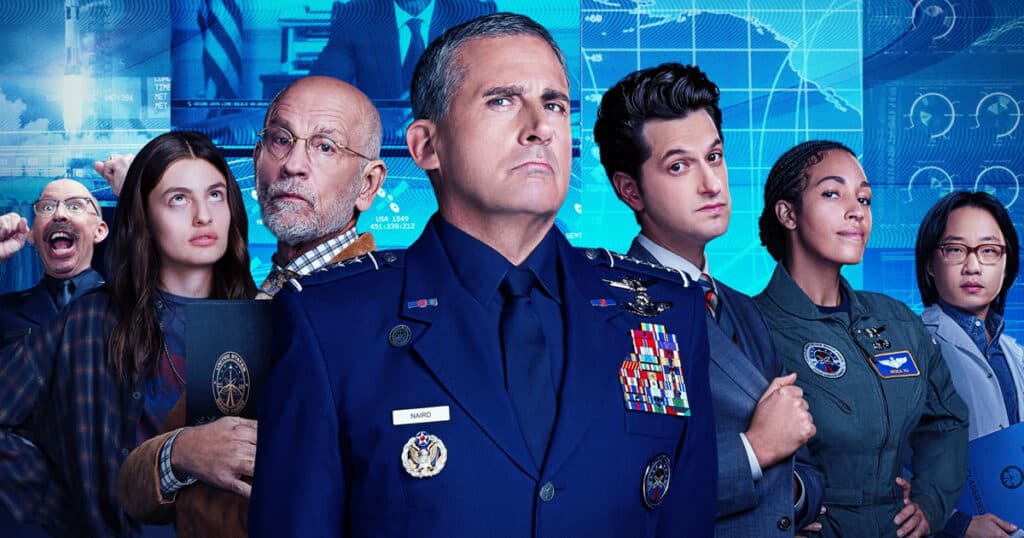 Despite boasting some of television’s top comedic talent, Deadline has reported that Netflix has canceled Space Force. The comedy series starred Steve Carell as Mark Naird, a four-star general and decorated pilot with dreams of running the Air Force who is thrown for a loop with his new directive of establishing the sixth branch of the United States Armed Forces, the Space Force.

The second season of Space Force was released on Netflix on February 18th but didn’t do nearly as well as the first season when it came to viewership. The first season spent some time in Netflix’s number one spot on their daily Top 10 ranking, but the new season peaked at number 5 and didn’t stick around very long. Space Force was also an expensive series to produce, which likely contributed to its cancelation. Steve Carell co-created the series with Greg Daniels of The Office and Parks and Recreation. With a cast that included John Malkovich, Ben Schwartz, Jimmy O. Yang, Tawny Newsome, Jane Lynch, Tim Meadows, Lisa Kudrow, and more, it’s a shame Space Force didn’t quite connect before Netflix canceled it.

Although the first season of Space Force didn’t receive the best reviews, the team put a larger focus on comedy and improvisation among the cast for the second season, which earned it far more favourable reviews. “I think the big picture is that we are concentrating on the gags more,” Co-creator Greg Daniels said prior to the second season. “It is more about the comedy scenes between the cast. I think the stories are more personal and they’re interesting, but I don’t think the point of the show so much is like a highly arced thing, you know what I mean? It’s kind of like each episode is a fun adventure with this cast and there’s a loose structure to it.” Was Space Force canceled before its time?