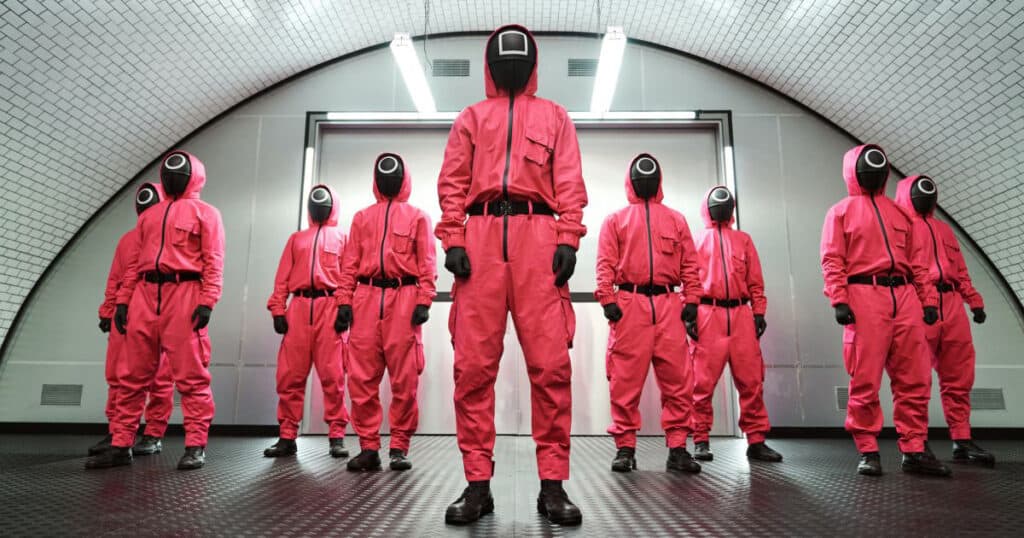 Welcome to the beginning of the end, folks! I’m just kidding. Or am I? Netflix is bringing the global sensation Squid Game to life with the most extensive reality competition series, Squid Game: The Challenge. The Squid Game reality series features the largest cast and lump sum cash prize in reality TV history. In the competition, 456 real players will enter the game in pursuit of a life-changing reward of $4.56 million.

As they compete through a series of games inspired by the original show – plus surprising new additions – their strategies, alliances, and character will be tested while competitors are eliminated around them. The stakes are high, but in this game, the worst fate is going home empty-handed.

You can apply for entry into the Squid Game reality series by clicking here. For this round, the Front Man is in search of English-language speakers from any part of the world.

The 10-episode competition series is a co-production between Studio Lambert (The Circle) and The Garden (24 Hours in AE), part of ITV Studios, and it will be filmed in the UK. Stephen Lambert, Tim Harcourt, Toni Ireland from Studio Lambert, John Hay, Nicola Hill, and Nicola Brown from The Garden will serve as executive producers.

On June 12, 2022, Netflix greenlit  Squid Game Season 2. n a letter to fans posted by Netflix, showrunner Hwang Dong-hyuk revealed some of the first details about the show. You can see his whole note below, but among the reveals was that star Lee Jung-Jae will return as the lead, Gi-hun, while the Front Man, who Korean megastar Lee Byung-hun played, is also set to return, in addition to some new characters. 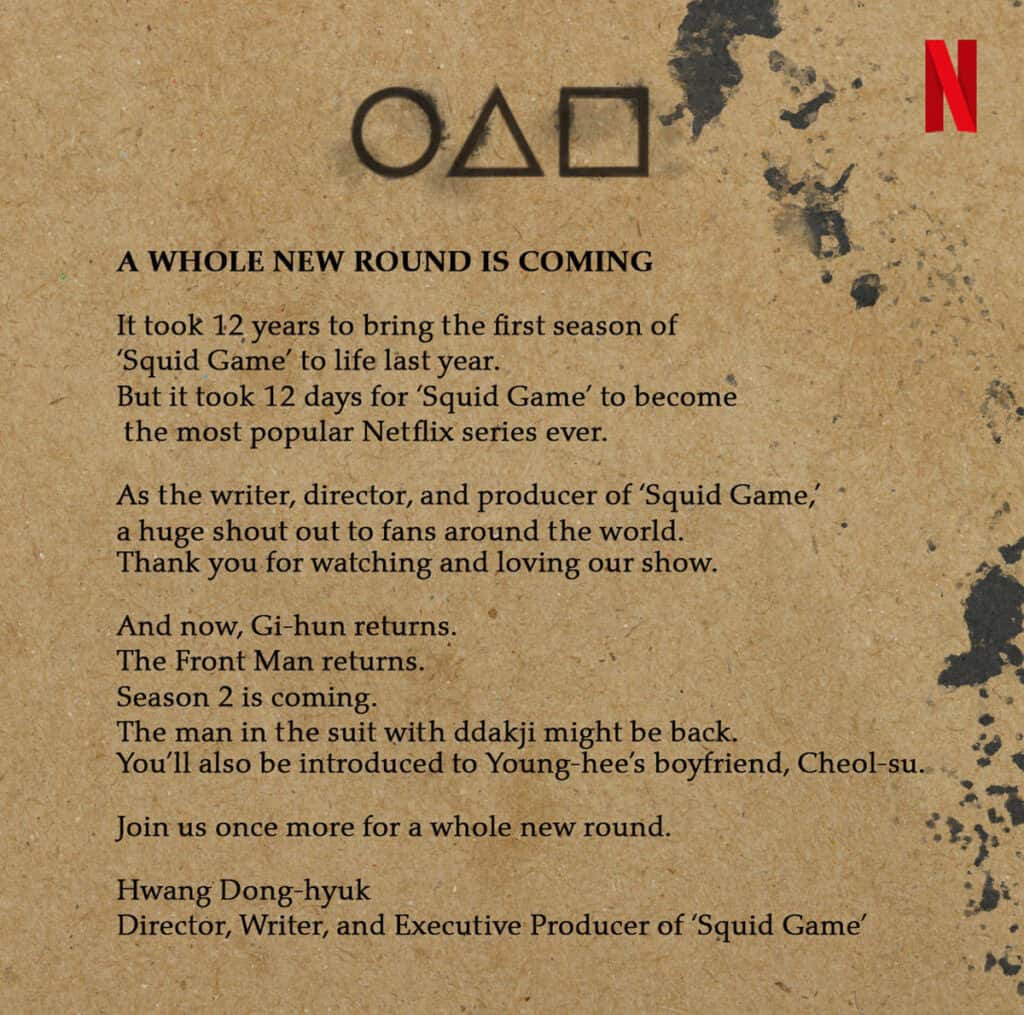 At the end of Season 1, Gi-hun, who managed to win the deadly game, skipped out on a reunion with his estranged daughter to chase down a lead over where the game came from. Presumably, he’ll wind up playing again next season. Maybe The Front Man will play too, but this seems unlikely. Lee Byung-hun is like the Tom Cruise of South Korea, so I assume that if he’s back, his role will be like it was in the first season, meaning more of an extended cameo.

What do you think of Netflix’s Squid Game: The Challenge reality show? Have we finally reached a point in our evolution where the themes and metaphors of the hit are entirely lost on us? Granted, it will make for a fun show, and I’m sure that’s the point. That, and to make money. The idea to adapt Squid Game into a reality series is genius, albeit a little scary. Either way, it’s in development, and I can’t wait to check it out. Will you be watching? Let us know in the comments section below.