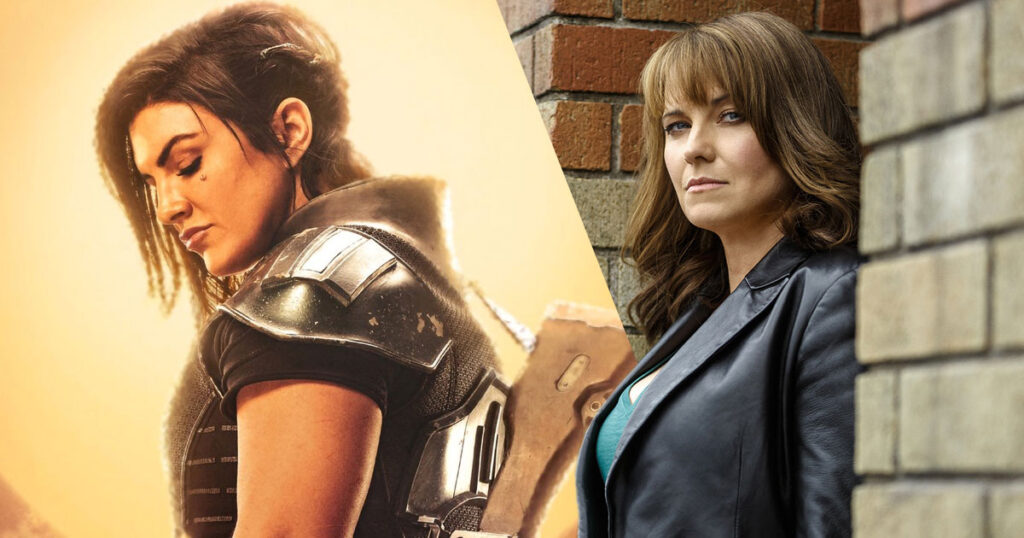 Those calling for Lucy Lawless to join the Star Wars Universe might have themselves to blame for the actress not traveling to a galaxy far, far away. Recently while speaking with Metro, Lawless explained that fans demanding she replace Gina Carano as Cara Dune on The Mandalorian “might have hurt” her chances at joining the franchise.

Earlier this year, Gina Carano, who played Cara Dune in the Disney+ series, was unceremoniously let go after offensive social media posts she made resurfaced. When Disney fired Carano, the studio said that they found her posts to be “abhorrent and unacceptable.” Rather than go quietly, Carano publically chastised Disney for what she felt was a rash decision. Soon, plans to feature Cara Dune in future seasons of The Mandalorian were scrapped.

With Carano out of the picture, a section of Star Wars fans started calling for Lawless to replace Carano as Cara Dune. Now, the way Lawless tells it, this behavior did not work out in her favor.

“I was already in discussions about something on – it wasn’t The Mandalorian – something Star Wars-affiliated,” Lawless told Metro.

“It might have hurt me in some way because then they couldn’t hire me because it would seem to be pandering to… I’m just guessing here, I don’t know anything, but in some ways, it can be unhelpful, because if they pander to this fan group, then how are you going to pander to every other fan group, do you know what I mean?”

Lawless explained that producers and casting directors might have felt she had become a “political” choice for the franchise. “But that’s the way the world is, and they meant it out of love, and I thank the fans for their fealty to me,” Lawless added.

“I haven’t thought about that since, so it hasn’t given me any pain, but that was my thought at the time, like, ooh, this makes me look like a political appointment, and not an actress.”

What do you all make of this development? Would you have been okay with Lawless replacing Carano as Cara Dune, or would that have been too on the nose? Do you think Lawless will eventually make her way to the Star Wars franchise once the dust has settled? I think she’d make a great addition to the universe and hope that the powers that be keep her in mind for one of the many projects they have going.