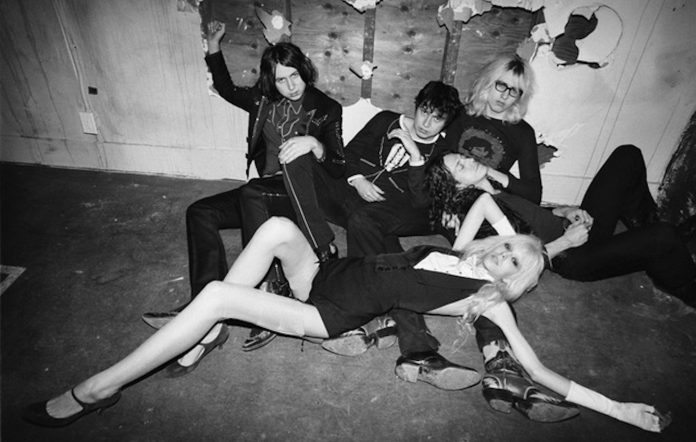 Starcrawler have announced details of a new album called ‘She Said’ along with the release of a video for its title track – watch it below.

The band’s first album for a major label will come out on September 16 via Big Machine, and follows the release of new single ‘Roadkill’ last month.

The LA-based five-piece – comprising frontwoman Arrow De Wilde, guitarists Henri Cash and Bill Cash, drummer Seth Carolina and bassist Tim Franco – released their self-titled debut album in 2018, following it up the next year with ‘Devour You’.

Speaking about the new song in a statement, De Wilde said: “’She Said’ was one of the first songs written for this album. It was at the beginning of the pandemic and Henri came to my window and played me the demo, and we wrote the lyrics together like Romeo and Juliet.

“It’s what really kicked off the writing process of this album, and it was such a powerful moment that we wanted to name the record after that song.”

Watch the band’s video for ‘She Said’ below and pre-order the album here.

Starcrawler recently opened for My Chemical Romance across the band’s UK tour and will play alongside Nick Cave The Bad Seeds at their huge All Points East show in London later this summer.

On August 28, Cave and his band will headline the final night of the Victoria Park festival. Last month, the line-up for the show was completed, with longstanding space rockers Spiritualized, acclaimed poet Kae Tempest, jazz pianist and composer Robert Glasper all added to the bill.