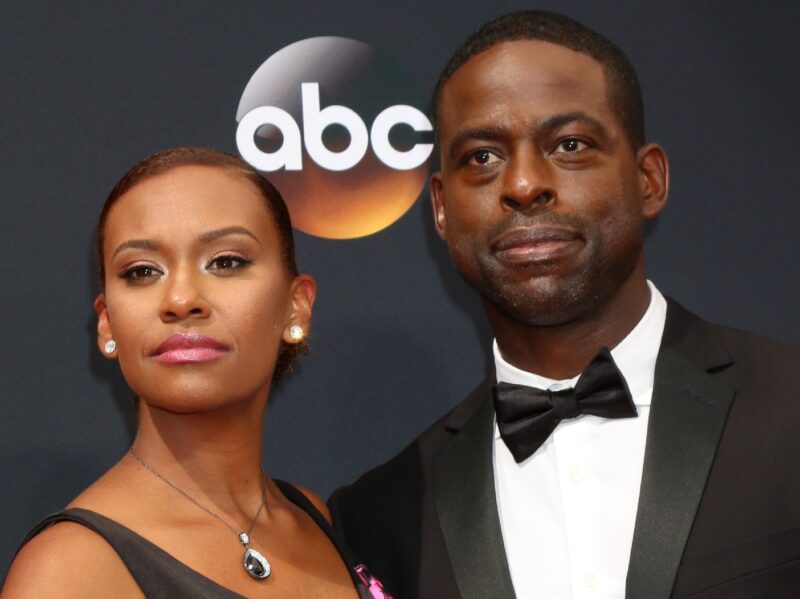 Sterling K. Brown is used to picture-perfect scenes, starring in shows like This Is Us and The Marvelous Mrs. Maisel. However, the actor recently told the story of his proposal, and the conditions were less than ideal.

While appearing on Ellen, Brown told the story of how he proposed to his wife Ryan Michelle Bathe. The couple met while they were both attending Stanford University and ended up eloping in 2006, holding a larger ceremony the following year. The couple recently celebrated their 16th wedding anniversary, and Brown described how their proposal went.

“I was living in New York and she was living in L.A,” Brown explained. “We dated long distance for a year until I moved out to L.A. and I was like, ‘Alright, we’re going to be together now.’ So I wanted to propose.”

“We were going to fly home to St. Louis, Missouri, because we were both born in St. Louis, in the same hospital,” the actor continued. “I told her, I said, ‘Listen, I want to go to the beach before we go home because you get to be on the beach all the time’ and I was going to propose on the beach.”

Brown had put a lot of thought into the proposal. “I had researched when the sun goes down and everything,” he remembered. “And when you buy that ring…it starts to burn a hole in your pocket. Because you’re like ‘I know she’s going to like this so much and I want to give it to her.’”

“So, we’re driving to the beach,” the actor continued. “We’re driving down the 10 to Santa Monica, it’s Christmas Eve, and it is pea-soup thick fog. Like, could not see the sun to save your life. It’s about 52 degrees, it’s cold.”

No surprise, Bathe was a little confused about why they were headed to the beach in these conditions. “She was like ‘Why are we going to the beach, Sterling? It’s 52 degrees.’ And I’m like ‘Because I just want to go to the beach!’ And she’s like, ‘Whatever.’”

“We get to the beach,” Brown said. “You can’t see the ocean, you can’t see the sun, nothing.” He eventually began his proposal, telling Bathe that she was his best friend and that he was excited to start a new chapter of their lives together in Los Angeles.

“At some point, I said, ‘Is that a yes?’ She’s like, ‘Yes, yes, yes!’ So it worked out!” Brown said as the show’s audience cheered. Even though the marriage proposal wasn’t exactly like a scene from one of Brown’s shows, he and Bathe clearly still remember the occasion fondly.