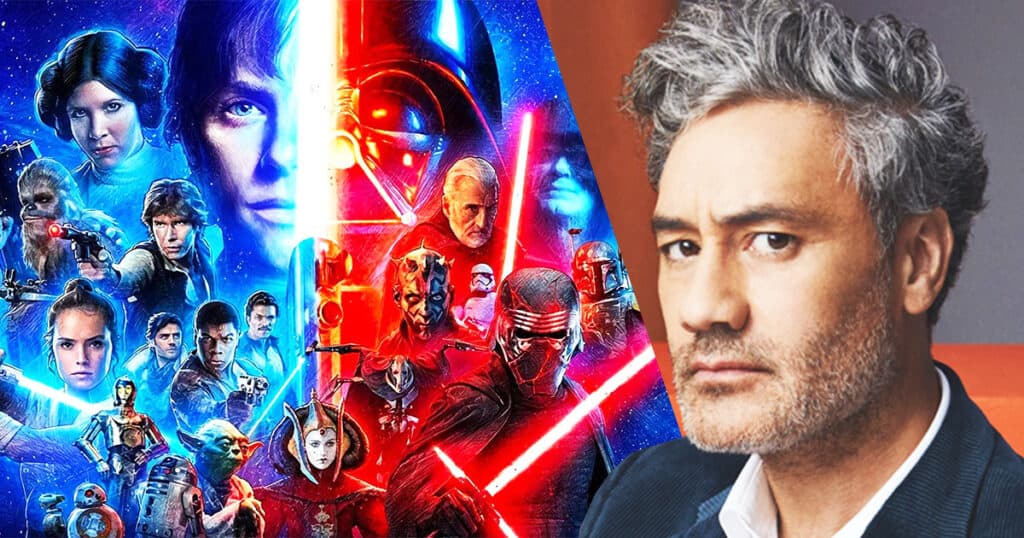 The future of Star Wars, at least on the big screen, seems to be to focus on the new instead of the old. Last month Lucasfilm president Kathleen Kennedy told Total Film that Star Wars will need “to create a whole new saga” and not focus on threads of the past. As it turns out, that is what Taika Waititi’s Star Wars film plans on doing as it will ignore pre-existing characters and “expand the world” of the Star Wars universe.

When speaking with Total Film, Waititi said that he’s not interested in making a Star Wars film with pre-existing characters and story threads or telling origin stories for the people we already know. Waititi wants to “create some new characters” and, honestly, that feels like the best decision moving forward. Here is what he had to say:

“Look, I think for the ‘Star Wars’ universe to expand, it has to expand. I don’t think that I’m any use in the ‘Star Wars’ universe making a film where everyone’s like, ‘Oh great, well that’s the blueprints to the Millennium Falcon, ah that’s Chewbacca’s grandmother.’ That all stands alone, that’s great, though I would like to take something new and create some new characters and just expand the world, otherwise it feels like it’s a very small story.”

Waititi is currently developing his Star Wars movie with co-writer Krysty Wilson-Cairns, an Oscar-nominee for penning Sam Mendes’ 1917. Star Wars has put more of a focus on the TV side since the stories have found success with critics and viewers there but the film end isn’t being abandoned. Kathleen Kennedy stressed to Total Film that the film slate is always moving:

“They’ve been in movement all along. As we leave the saga, we have all this great, exciting work happening on the television side that informs so much about where we’re going. We want to be very intentional about that. And we have great talent that we’re working with – people who care so deeply about what the next iteration of ‘Star Wars’ is and about getting people back into movie theaters, so we can really come out with a bang. That’s important to us.”

Taika Waititi has Thor: Love and Thunder up next for Marvel on July 8, 2022, and while there isn’t an exact schedule for his Star Wars film, Kennedy has said that his film take will likely be the next one to be explored when Star Wars is ready to head back to the big screen.

What are YOUR thoughts on Taika Waititi ignoring pre-existing characters in his upcoming Star Wars film?