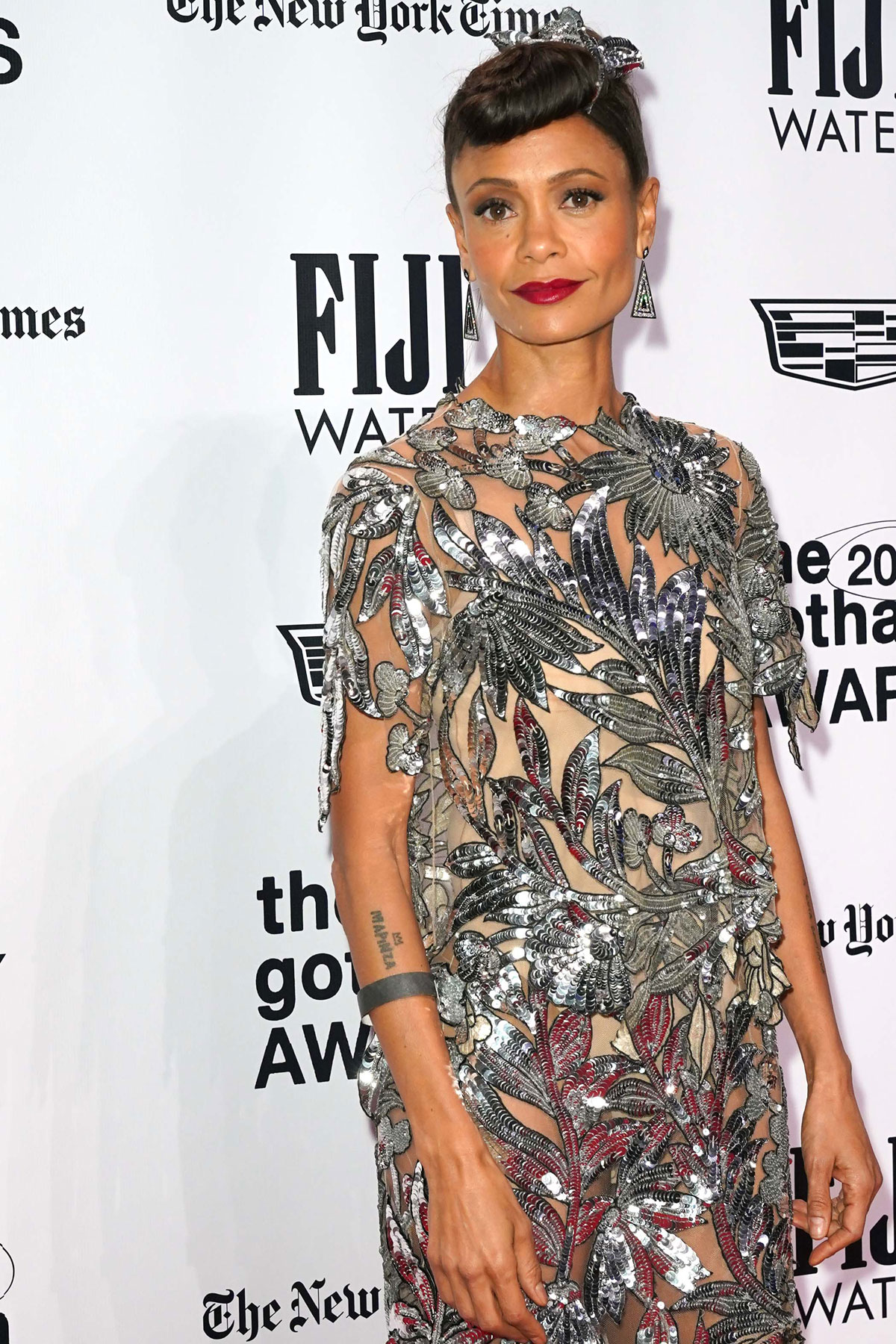 Thandiwe Newton has been outspoken about the sexism and racism she’s experienced in her career, and she talked about it well before MeToo. The last time we covered her was a couple of months ago when she was calling out Sean Penn for his transphobic rant. She’s a fabulous actress who knows her worth and she’s liberal, aware and unapologetic about it. She’s also not afraid to talk smack about people, which I admire in a person. There should be plenty of room for her in Hollywood, especially now that there’s a greater awareness of the issues she’s been talking about for years.

That’s all a lead-in to this claim from The Sun [via Page Six] that Thandiwe was fired from Magic Mike 3 for a heated argument with Channing Tatum over the Oscars Slap. While there’s no word which side Thandiwe and Channing were on, it’s safe to say she was team Smith and Channing was team Rock. We know Channing’s girlfriend, Zoe Kravitz, is team Rock for one thing. Thandiwe was replaced by Salma Hayek a full 11 days after filming started. Whatever happened for her to leave MM3 it must have been serious. However she has denied the story that it was over an argument with Channing. Her rep stated that is false.

Thandiwe Newton will no longer star alongside Channing Tatum in the forthcoming Magic Mike’s Last Dance. But she denies that her exit was the result of an alleged argument with Tatum, who stars in and produces the film. (Vanity Fair has reached out to Newton’s and Tatum’s reps for comment.)

On Wednesday, it was announced that Salma Hayek would replace Newton in the third Magic Mike installment as the new female lead. A Warner Bros. spokesperson released the following statement to Variety: “Thandiwe Newton has made the difficult decision to step away from the production of Warner Bros. Pictures’ Magic Mike’s Last Dance to deal with family matters.” Newton’s spokesperson refuted a report from The Sun that alleged discord between Newton and Tatum, telling the Daily Mail’s MailOnline, “This report is completely inaccurate.”

Earlier that day, The Sun reported that an argument became “unimaginably vicious” between Newton and Tatum last week, which reportedly hit “astonishing” levels before he drove away from set. “They fell out over the debacle at the Oscars,” a crew member claimed, seemingly referring to Will Smith’s onstage slap of Chris Rock. The source added, “It was a tense exchange of words, but suddenly it escalated—Channing got into this car and he disappeared.”

Filming on the third Magic Mike film reportedly halted after 11 days. The source claimed that in the conflict’s aftermath, Tatum said, “I am not working with her anymore.”

I like how Thandiwe’s rep just shut this down with one sentence. It sounds like it could be true, because she doesn’t suffer fools. While I think Channing is a decent person and would hear her out and not be stubborn about it, I can see this happening. The Sun makes sh-t up wholesale a lot though (see any story about HM). Something serious happened to cause Thandiwe to step away so far into filming. I hope her kids and husband are OK. I also hope this rumor doesn’t affect her career because she’s talented and mesmerizing on screen. I would rather see her than Salma Hayek in a role any day.

Update: After I wrote this story I saw that Page Six is reporting that Thandiwe is going to rehab and that she’s separated from her husband. (Thank you Ameerah for the tip.) I hope that she’s OK and gets the help she needs.

Chris Pine and Thandiwe are so hot together and I need to watch this movie! Here’s a link to the All The Old Knives trailer, it’s on Amazon.