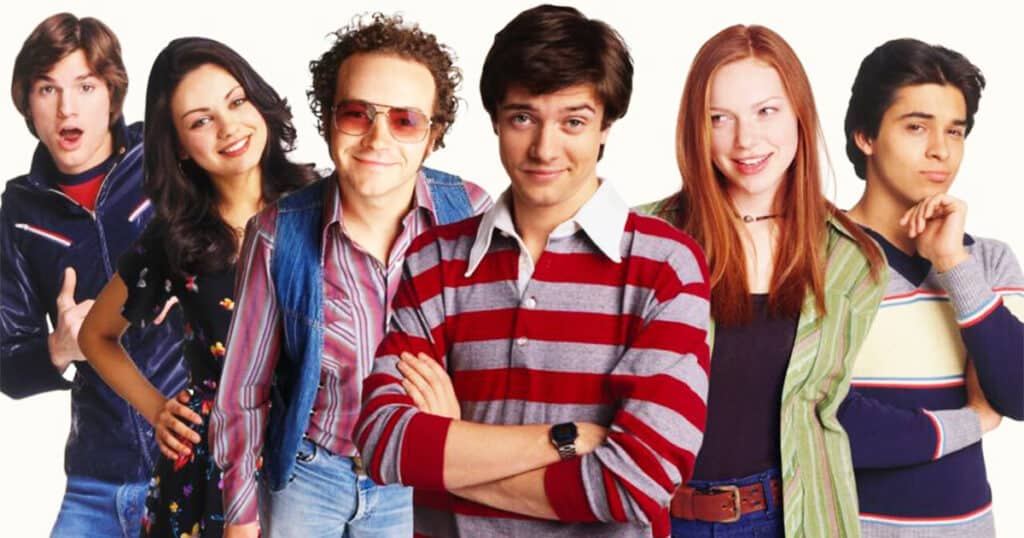 It’s the reunion we were hoping for! It has been announced that five of the original stars from That ’70s Show have officially closed deals to return for the Netflix sequel series, That ’90s Show.

Per The Hollywood Reporter, returning for the show are Topher Grace (Eric Forman), Mila Kunis (Jackie Burkhart), Ashton Kutcher (Michael Kelso), Laura Prepon (Donna Pinciotti), and Wilmer Valderrama (Fez). Noticeably absent is Danny Masterson (Hyde), but a quick google search on that will inform you as to why he wasn’t invited to the party. The returning 5 cast members will be joining original ’70s Show stars Kurtwood Smith and Debra Jo Rupp, who were already set to reprise their roles of Red and Kitty in the sequel series. Smith and Rupp also serve as executive producers. We also have a first-look image from the show which can be viewed below! 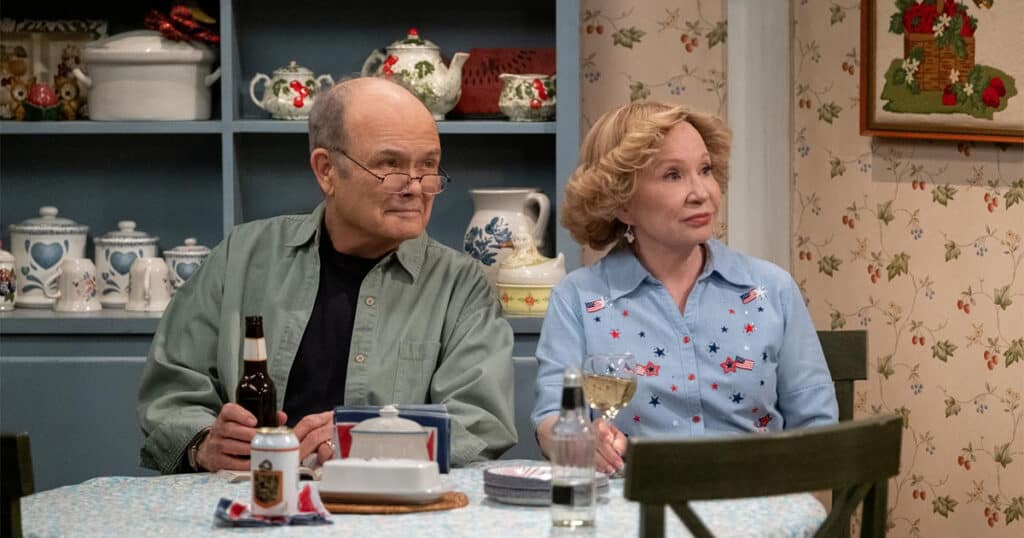 Netflix picked up That ’90s Show straight-to-series back in October. The show is set to take place in 1995 and it will revolve around Leia Forman (Callie Haverda), the daughter of Eric and Donna, as she visits her grandparents for the summer and bonds with a new generation of Point Place kids. The new cast members for the 10-episode multicamera include Ashley Aufderheide, Mace Coronel, Maxwell Acee Donovan, Reyn Doi, and Sam Morelos.

I’m honestly here for this. I still watch That ’70s Show like it’s a new show and it continues to put a smile on my face. Glad they were able to get everyone back for what should be a really fun walk down memory lane.

Will YOU be watching That ’90s Show?