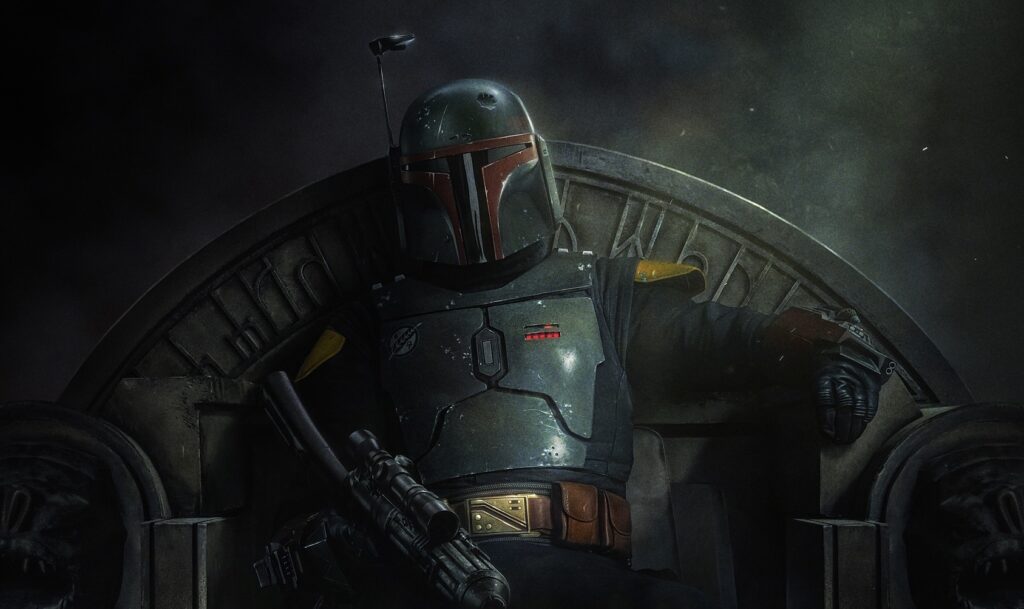 Disney+ has given Star Wars fans something to look forward to before the end of the year. The streaming service has unveiled the release date and official key art for their upcoming Star Wars original series, The Book of Boba Fett.

The series, which was teased in an end-credit sequence during the season 2 finale of The Mandalorian , will premiere on Disney+ on December 29, 2021. Not a bad way to close out 2021 for Star Wars fans as this series has been highly anticipated since that initial tease had everyone talking. The platform also debuted official key art for the series which can be viewed below!

Per the official synopsis from Disney+, “The Book of Boba Fett, a thrilling Star Wars adventure, finds legendary bounty hunter Boba Fett and mercenary Fennec Shand navigating the Galaxy’s underworld when they return to the sands of Tatooine to stake their claim on the territory once ruled by Jabba the Hutt and his crime syndicate.” The series stars Temuera Morrison and Ming-Na Wen while Jon Favreau, Dave Filoni, Robert Rodriguez, Kathleen Kennedy, and Colin Wilson, serve as executive producers.

Will YOU be watching The Book of Boba Fett? The latest Star Wars series adventure hits Disney+ on December 29, 2021.