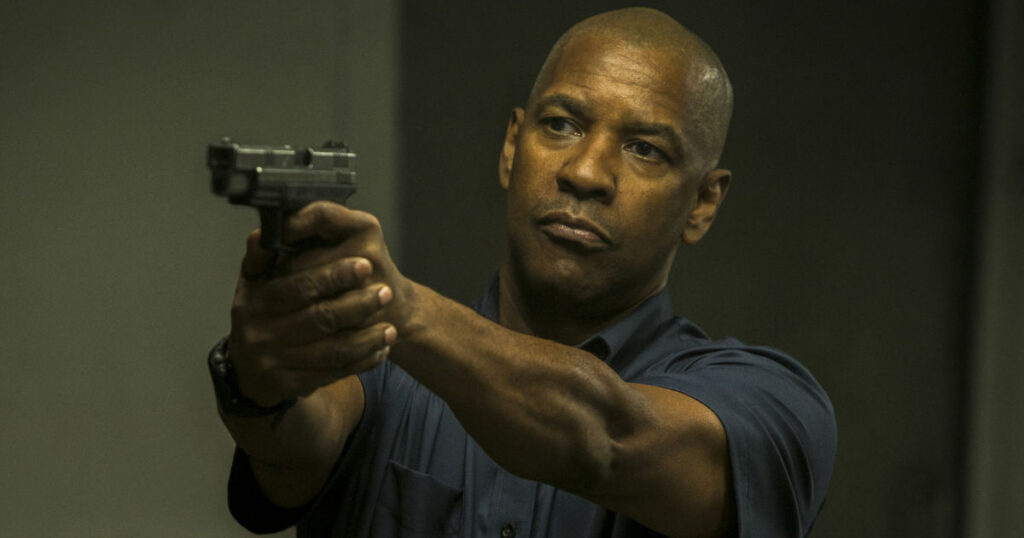 The Equalizer 3: Denzel Washington will reunite with Antoine Fuqua for sequel

Loosely based on the TV series of the same name, The Equalizer starred Denzel Washington as Robert McCall, a former U.S. Marine and DIA intelligence officer who takes on the Russian mafia. The film was a big success and a sequel followed four years later that found McCall looking for revenge after the murder of an old friend. It seems that McCall isn’t done dispensing his own brand of justice as Black Film TV have reported that The Equalizer 3 will start shooting later this year.

Denzel Washington confirmed the news of The Equalizer 3 to Black Film while promoting his latest film, The Tragedy of Macbeth. Antoine Fuqua is in talks to return to direct the Equalizer sequel and Washington added a few more details while speaking with Collider.

They have written the third Equalizer, so I’m scheduled to do that. So I gotta get in shape and start beating people up again. I get to beat people up again. The Tragedy of Macbeth and then going and beating some people up. Can’t get any better, right?

The Equalizer 3 will mark the fifth collaboration between Denzel Washington and Antoine Fuqua after Training Day, The Equalizer, The Magnificent Seven, and The Equalizer 2. Fuqua expressed his desire to return for a third Equalizer movie not too long after the release of the first sequel. At the time, Fuqua said that he would “love for it to take place internationally.” I’d love to see that.

As I mentioned earlier, Denzel Washington’s latest film was The Tragedy of Macbeth, an adaptation of the Shakespeare play directed by Joel Coen. The film also stars Frances McDormand, Corey Hawkins, Brendan Gleeson, and more. It debuted in select theaters last month and will begin streaming on Apple TV+ on January 14th. Be sure to check out a review from our own Matt Rooney.