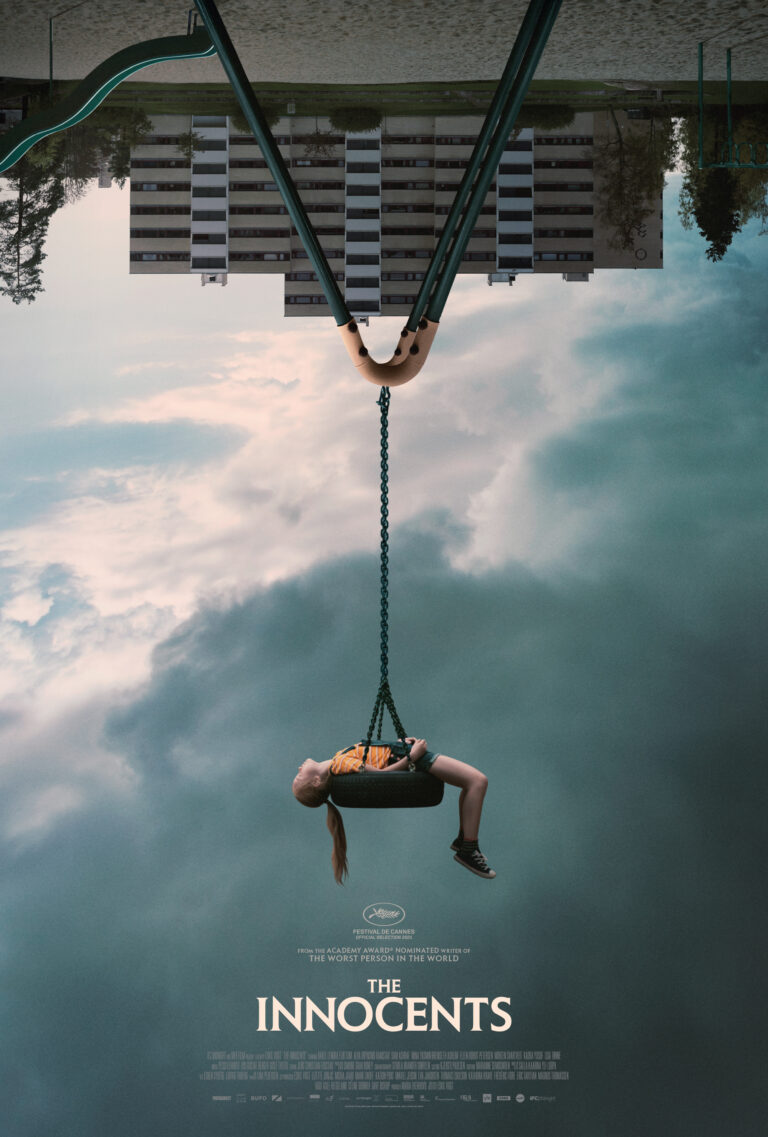 A couple months ago, we shared the news that IFC Midnight will be giving a theatrical and VOD release to writer/director Eskil Vogt‘s  The Innocents , which is described as being “a thrilling, original take on the dark side of superpowers.” The film’s release date is now upon us, The Innocents is in theatres and on VOD at this moment, and to help build the hype we’re sharing an EXCLUSIVE clip from the movie. You can check it out in the embed above!

This clip gives a preview of a very creepy scene from the movie, one that involves a dark night, strange noises in a family’s home, and some unnerving visuals.

Vogt previously wrote and directed the 2014 drama Blind, and co-wrote Joachim Trier‘s 2017 horror film Thelma. Vogt and Trier collaborated on the recent release The Worst Person in the World as well. That film was nominated in the Best International Feature Film category of this year’s Academy Awards, and the screenplay Vogt and Trier wrote together was also an Oscar contender. Vogt and Trier have worked on a lot of movies together. Vogt also wrote the films Reprise; Oslo, August 31st; and Louder Than Bombs with Trier.

Here’s the logline for The Innocents:

During the bright Nordic summer, a group of children reveal their dark and mysterious powers when the adults aren’t looking.

And here’s a synopsis with a little more information:

The Innocents follows four children who become friends during the summer holidays. Out of sight of the adults, they discover they have hidden powers. While exploring their newfound abilities in the nearby forests and playgrounds, their innocent play takes a dark turn and strange things begin to happen.

Stephen King was blown away by The Innocents, saying it’s “sinister and completely absorbing… I doubt I’ll see another film so successful on all levels this year.”

Will you be watching The Innocents this weekend? Let us know by leaving a comment below.