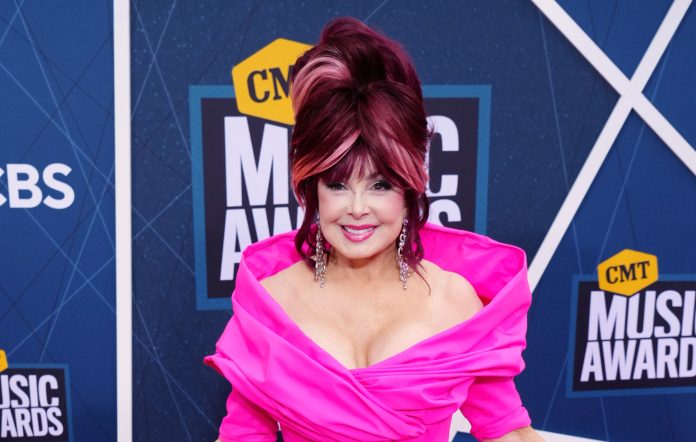 The Judds’ Naomi Judd has died aged 76, her family have confirmed.

“We sisters experienced a tragedy,” her daughters Wynonna and Ashley Judd said in a statement released yesterday (April 30).

“We lost our beautiful mother to the disease of mental illness. We are shattered. We are navigating profound grief and know that as we loved her, she was loved by her public. We are in unknown territory,” the continued.

The Judds, a country duo made up of Naomi and Wynonna, released their first EP in 1984 and went on to release six albums. They became one of the most successful acts in country music history, winning five Grammy Awards for Best Country Performance by a Duo or Group with Vocal, and nine Country Music Association awards.

Naomi retired in 1990 after being diagnosed with Hepatitis C with Wynonna continuing as a solo artist. However the pair often performed together and had a farewell tour planned for later in 2022.

“We are deeply saddened to learn about the passing of the legendary Naomi Judd and honoured to have shared many unforgettable moments and performances together over the years,” said a statement from Country Music Television. “Our hearts go out to her husband Larry, daughters Wynonna and Ashley, and her legions of fans around the world during this difficult time,”

Check out more tributes to the country legend below:

Country music lost a true legend…sing with the angels, Naomi!!! We’re all sending up prayers for the Judd family today…

my heart, like so many’s are, is incredibly sad to hear of the passing of Naomi Judd. my deepest condolences and love goes out to @Wynonna and @AshleyJudd truly a heartbreaking day. #RIPNaomiJudd #WynonnaJudd

I had the honor of meeting Naomi Judd years ago and she was so incredibly kind. Sending love and prayers to Wynonna, Ashley, and the whole Judd family during this time. I never thought she’d go 💔

We held a pause in tonight’s Opry performance for a moment of silence in Naomi Judd’s honor, recognizing her impact as an artist and human being will last forever.

Our prayers for peace are with her family, friends, and fans. pic.twitter.com/2NjNLIB98v

I am deeply saddened by the loss of Naomi Judd. My heart goes out to her family during this extremely difficult time. Country music will never be the same. Love one another. ❤️

Mom and I are saddened to hear about the tragic passing of Naomi Judd. Prayers to Wynonna, Ashley and the rest of the Judd family. The Daniels family crossed paths with the Judd family many times over the years. Here's a photo from The Judds at dad's Volunteer Jam XII. – CD, Jr. pic.twitter.com/K2PnBYCCnZ

I’m shocked saddened to hear of the passing of Naomi Judd. She @Wynonna inspired an entire generation to chase their dreams make them happen. Their music has been will always be the standard. My prayers go out to the entire family as they navigate through this tragic time pic.twitter.com/PdGfsrR1mq

In 2005, I sat across from Naomi Judd to talk about my book on Muslim women’s rights. On set, a Muslim woman said I wasn’t credible because I had an “illegitimate” baby. Stop, Naomi said: “There is no such thing as an illegitimate child.” She had this mama’s back ❤️ Rest In Peace pic.twitter.com/AS8M9kuc6b

I'm so sorry to hear of the loss of Naomi Judd! I met her a few times and she was always so charming, funny and irreverent! A huge loss for music and her girls! Much love and condolences to her whole family #RIPNaomiJudd https://t.co/7Rf5mvUHrw

RIP Naomi Judd. My mom taught me seemingly every one of your songs. She’d sing them often and loud. You left Country Music better than you found it.

Naomi Judd 😔 so sad to hear this news. Thinking of all of her family friends. Tough day for country music..

Rest In Peace, Naomi Judd. Honored to have witnessed “Love Can Build a Bridge” just a few short weeks ago. 🤍😔

For help and advice on mental health: