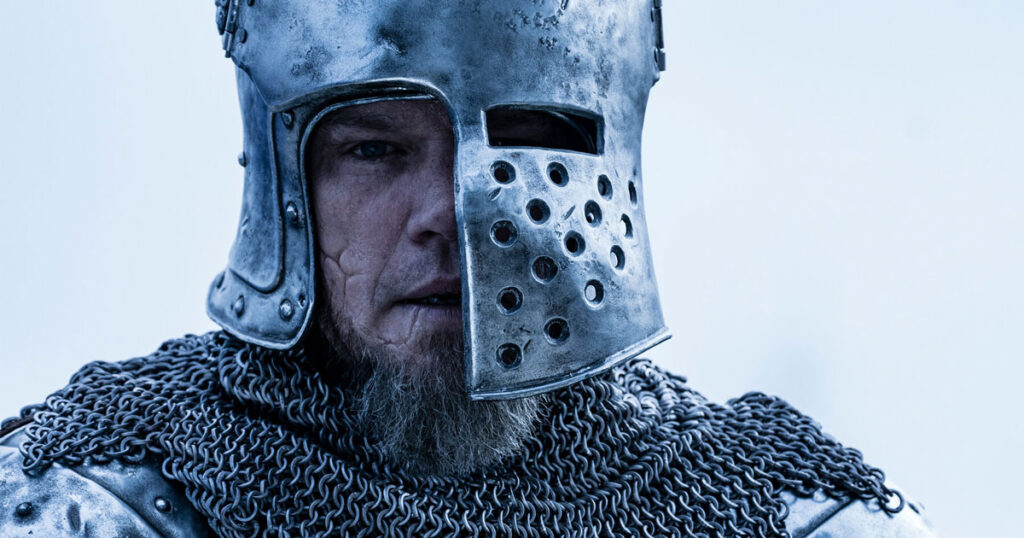 Fasten your armor tightly and pray that your local blacksmith knows what they’re doing because the opening scene for The Last Duel is here. Ridley Scott’s latest feature boasts an A-list cast, with stars like Matt Damon, Adam Driver, Ben Affleck, and Jodie Comer, appearing in a harsh-looking period piece.

The historical epic is a cinematic and thought-provoking drama set amid the Hundred Years War that explores the ubiquitous power of men, the frailty of justice, and the strength and courage of one woman willing to stand alone in the service of truth. Based on actual events, the film unravels long-held assumptions about France’s last sanctioned duel between Jean de Carrouges and Jacques Le Gris, two friends turned bitter rivals.

Carrouges is a respected knight known for his bravery and skill on the battlefield. Le Gris is a Norman squire whose intelligence and eloquence make him one of the most admired nobles in the court. When Carrouges’ wife, Marguerite, is viciously assaulted by Le Gris, a charge he denies, she refuses to stay silent, stepping forward to accuse her attacker, an act of bravery and defiance that puts her life in jeopardy. The ensuing trial by combat, a grueling duel to the death, places the fate of all three in God’s hands.

Does anyone feel like they could use a tetanus shot after watching this clip? I’m digging the dour tone of the kingdom’s gladiatorial event, and something tells me that this is just the start of a truly epic battle.

Tickets for The Last Duel are on sale now, with plans for the film to storm theaters on October 15.