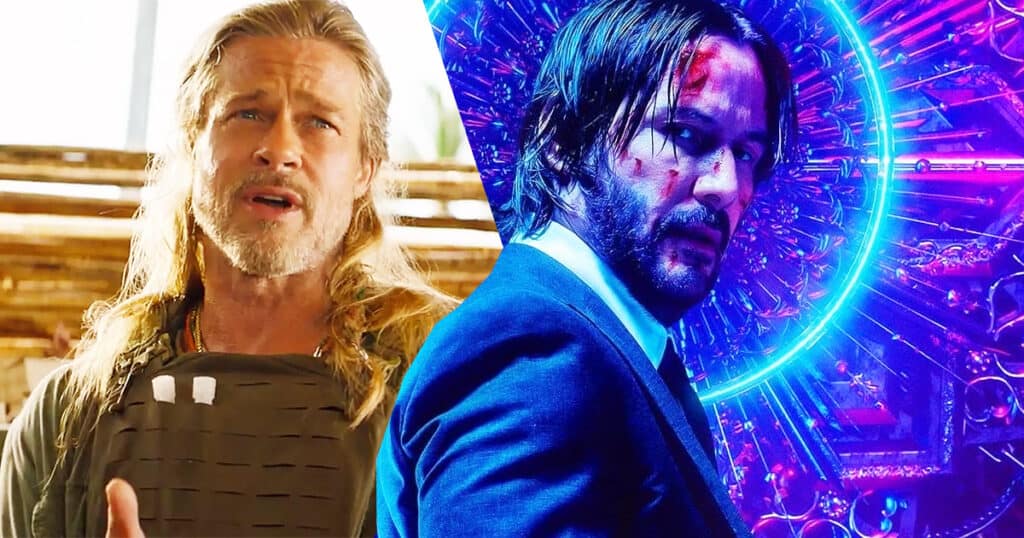 I can honestly picture this, even though I’m completely happy that Brad Pitt ultimately was chosen, but directors of The Lost City , Adam and Aaron Nee have revealed that Keanu Reeves was considered for the cameo role played by Pitt in the Sandra Bullock and Channing Tatum adventure rom-com.

The Lost City just hit streaming and digital today and with it came news that was exclusively obtained by Screen Rant. During a chat with directors Adam and Aaron Nee to discuss the film, they revealed that they weren’t 100% certain they could land Brad Pitt for the cameo role and other actors were considered. One of those actors was Keanu Reeves, which would’ve reunited Bullock with her Speed and The Lake House co-star but he was busy during filming. Here is what the directors had to say about the cameo:

“I think we thought it was gonna be Keanu Reeves initially, but he was was tied up with John Wick and that’s where we were like, ‘Brad was always our first choice,’ but we didn’t think it was gonna happen. Then [Sandra] did Bullet Train and it came together. And I love Keanu, he would’ve been fun too.”

Pitt appeared in The Lost City as Jack Trainer, a man who specializes as a mercenary and is hired to help track down Loretta (Bullock) after she is kidnapped by Abigail Fairfax (Daniel Radcliffe). Alan (Tatum) met Jack while on a meditation retreat and he’s essentially the embodiment of Dash, the fictional hero that graces Loretta’s novels and is modeled by Alan, Loretta’s dimwitted but lovable cover model. Pitt’s cameo has been highlighted as one of the best aspects of the film and was singled out by most critics as a signature moment. Reeves would’ve been a fun choice as well, especially considering his connection to Bullock, but I think it all worked out the way it was supposed to.

The Lost City proved to be a hit with female moviegoers back in March during a time when the demo hasn’t exactly been rushing to the theater in the wake of the pandemic. To date, the film has grossed $94.6 million domestically and $163 million worldwide on a $74 million budget. Despite today’s streaming and digital release, there might be enough gas in the tank to get the film to reach the $100 million mark by the end of its run.

Do YOU think Keanu Reeves should’ve landed the cameo role over Brad Pitt in The Lost City?