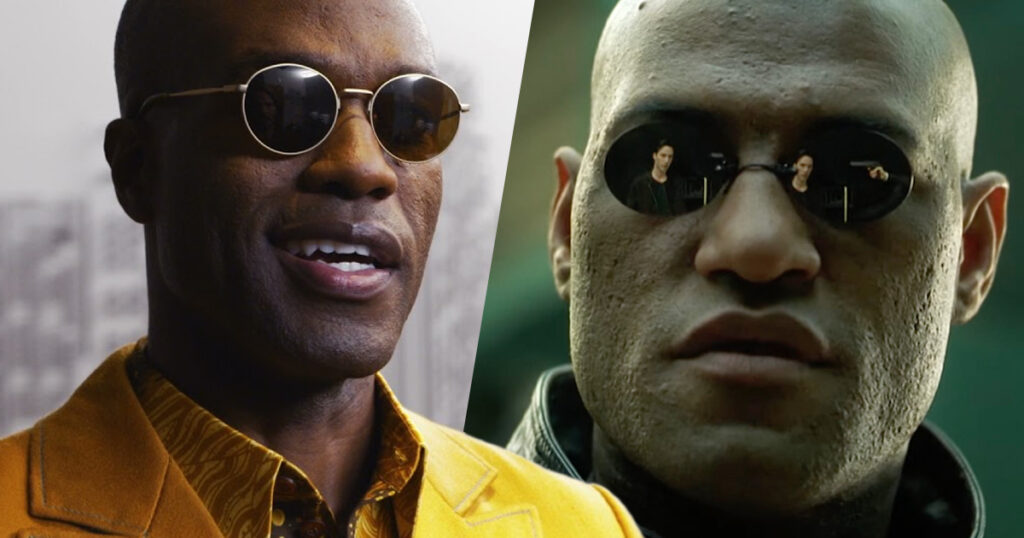 The Matrix Resurrections: A New Morpheus was always part of the plan

SPOILERS for The Matrix Resurrections . If you haven’t seen the film yet, consider yourself warned. The latest Matrix sequel has more than a few actors returning to the franchise, including Keanu Reeves as Neo, Carrie-Anne Moss as Trinity, and more, but not every actor returned to reprise their role. Laurence Fishburne played Morpheus in the original trilogy and although the character is featured in The Matrix Resurrections, the role has been filled by Yahya Abdul-Mateen II this time around.

A new Morpheus was there from the beginning. We knew that Keanu Reeves and Carrie-Anne Moss would be involved. Without them, this thing would not have been possible. But the other thing, during my brief career in the movies, I’ve learned that moviemaking, it’s a world of contingency. And so people might or might not, you know, sign on—or if they sign on, some things may change. So we did write some roles, I’m not going to give it away, but we wrote a character for someone we thought would play [it] and then it was not possible. And so still, we didn’t change anything radically, but we were just imagining this actor in the role. And then it turned out that it was not possible, but we didn’t change any lines with that. So that actor is still inscribed in the role.

Although it doesn’t sound like Laurence Fishburne was ever considered to play Morpheus in The Matrix Resurrections, Aleksandar Hemon added that there were “preliminary talks” with Hugo Weaving to reprise the role of Agent Smith. It didn’t come to pass and Jonathan Groff plays the new version of Smith in the sequel.

The Matrix Resurrections is now playing in theaters and streaming on HBO Max, so be sure to check out a review from our own JimmyO. Also, be sure to let us know what you thought of the film!