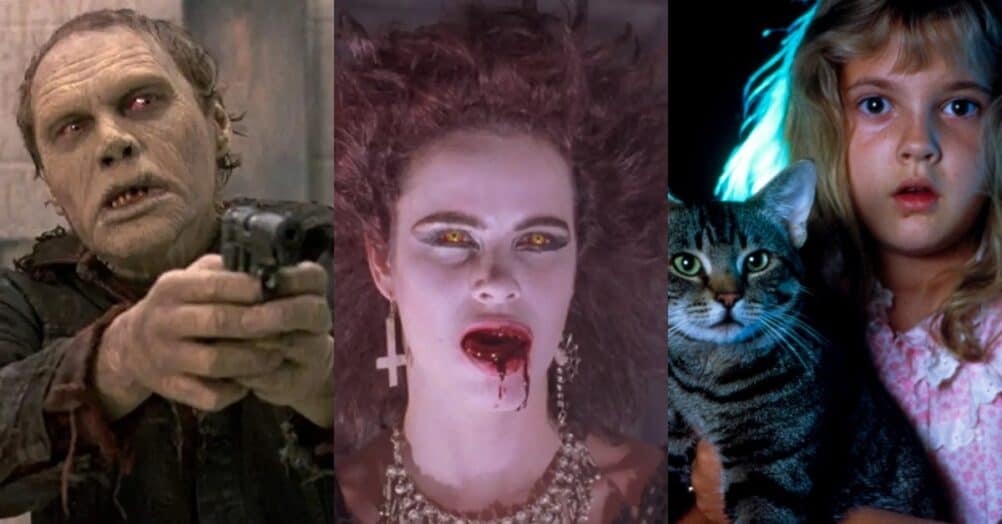 The Munsters: Rob Zombie shares another look at the leads, Butch Patrick says film is 158 minutes

As genre fans are probably well aware at this point, writer/director Rob Zombie has made a feature film based on the classic sitcom The Munsters – and if Butch Patrick, who played little Eddie Munster on the original show, is correct, Zombie’s movie currently has a running time that’s so long, you could watch five episodes of the series in the time it would take to watch the movie. During an interview on the YouTube channel 20TIMinutes, Patrick said he has heard the film is 158 minutes long.

Patrick mentioned that he has seen footage from Zombie’s The Munsters and has heard plot details from cast member Daniel Roebuck, and he believes the movie is going to be great. He feels that Zombie was the right person for the job – and the fact that the movie has earned a PG rating confirmed that for him. Patrick was also asked whether or not he has a cameo in the movie, but he couldn’t answer that question.

The Munsters ran for two seasons, from September 1964 to May 1966, and consisted of 70 episodes. (You can buy the complete series at THIS LINK.) The show

starred Fred Gwynne as Frankenstein’s monster and head-of-the-household Herman Munster; Yvonne De Carlo as his wife Lily Munster; Al Lewis as Lily’s father, Grandpa, the somewhat over-the-hill vampire Count Dracula who longs for the “good old days” in Transylvania; Beverley Owen (later replaced by Pat Priest) as their teenage niece Marilyn Munster, who was attractive by conventional standards but the “ugly duckling” of the family; and Butch Patrick as their werewolfish son Eddie Munster.

Zombie has been sharing pictures throughout the making of The Munsters. He has shown off his director’s chair, the blueprint for an exact replica of the Munsters’ house, given us a look at costume designs for Herman and Lily Munster’s sleepwear, confirmed that horror host character Zombo will be in the movie, showed off a piece of furniture, some set interiors, posted a picture of the wig Roebuck will be wearing and of Roebuck being measured for Grandpa’s coffin, given an early look at the crafting of Herman’s head, shown off some of the wardrobe, shared pictures of some creature effects, showed the houses being built on Mockingbird Lane, updated on the construction of the Munsters Mansion, showed the completed house, teased that Herman will be wearing the leather jacket he wears when racing in the Dragula roadster, revealed Sylvester McCoy‘s Igor look, given us a glimpse of Richard Brake as Dr. Wolfgang, Catherine Schell as Zoya Krupp, Jorge Garcia as Herman’s buddy Floop, Cassandra Peterson as Barbara Carr, a Munsters Christmas card, the three leads getting their makeup fixed, Lily on a monitor, a color image of Herman, Lily, and The Count, a shot of Lester, another image of Igor, and more.

A release date for this take on The Munsters has not yet been announced. The movie is rated PG for “macabre and suggestive material, scary images and language”.

What do you think of Zombie’s The Munsters being 158 minutes long? Let us know by leaving a comment below.

The full interview with Butch Patrick can be seen right here: