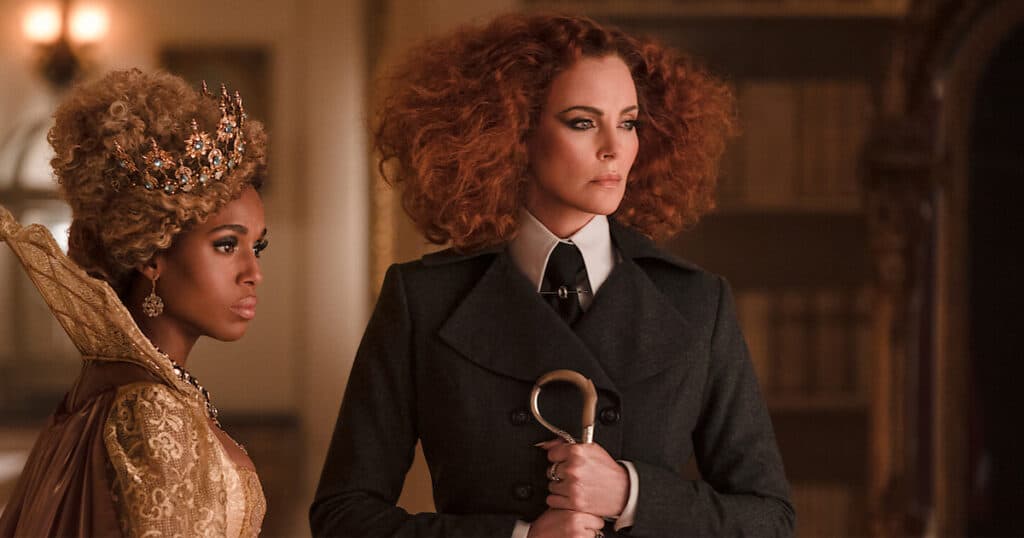 When you mix Hogwarts School of Witchcraft and Wizardry with an Elden Ring aesthetic, what do you get? You get Netflix’s The School For Good And Evil teaser! In this outrageous romp through a twisted land, best friends Sophie and Agatha find themselves on opposing sides of a modern fairy tale when they’re swept away into an enchanted school where young heroes and villains are trained to protect the balance of good and evil.

In the village of Gavaldon, two misfits and best friends, Sophie (Sophia Anne Caruso) and Agatha (Sofia Wylie) share the unlikeliest of bonds. Sophie, a lover of fairy tales, dreams of escaping her ordinary village life, while Agatha, with her grim aesthetic, has the makings of a real witch. Then one night, under a blood-red moon, a powerful force sweeps them away to the School for Good and Evil — where the true story of every great fairy tale begins. Yet something is amiss from the start: Sophie is dropped into the School for Evil, run by the glamorous and acid-tongued Lady Lesso (Charlize Theron), and Agatha in the School for Good, overseen by the sunny and kind Professor Dovey (Kerry Washington). As if navigating classes with the offspring of Cinderella, Captain Hook, and the dashing son of King Arthur (Jamie Flatters) wasn’t hard enough, according to the Schoolmaster (Laurence Fishburne), only true love’s kiss can change the rules and send the girls to their rightful school. But when a dark and dangerous figure (Kit Young) with mysterious ties to Sophie reemerges and threatens to destroy the school and the rulebook entirely — the only way to a happy ending is to survive the fairytale first.

The School For Good And Evil teaser takes us inside an educational institution where heroes and villains find their place in the world. As we tour the hallowed grounds, we see references to fairy tales like Cinderella, Snow White and the Seven Dwarves, and more. The footage also features a massive and terrifying crow that looks like it escaped the Caelid region in FromSoftware’s Elden Ring. Prepare for the worst, ye tarnished!

I am uncontrollably excited about this film. I grew up reading the darkest fairy tales literature offers, and I’m thrilled to see several of them represented here. The School For Good And Evil is set to tell a cautionary tale of terror on Netflix this Fall.